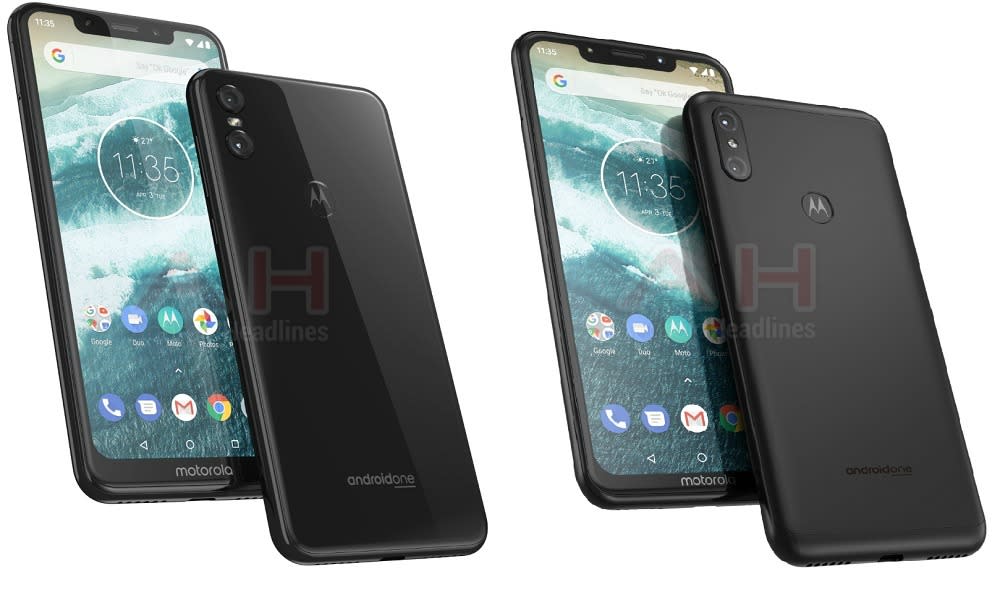 Motorola is planning to release not one but two smartphones under the Motorola One banner, Android Headlines reports. The Motorola One Power was leaked earlier this month, and according to new images and details provided by the site's sources, the similarly titled Motorola One is another phone you can expect to see very soon.

Judging by the snapshots, the Motorola One sports a strong likeness to the Motorola One Power. The notch sits conspicuously on the front panel. It's complemented by a familiar-looking chin, but the screen-to-edge ratio seems unchanged. There's also an iPhone X-style vertical dual camera array on the rear. Android Headlines reports that the Motorola One will be smaller than its Power counterpart -- which could nicely mirror Apple's iPhone X and iPhone X Plus division.

Concrete details on the device's specs are yet to be revealed, although, Motorola's upcoming press event in August will likely spill further information on both of Motorola's leaked smartphones. One thing we know for certain is that the Motorola One is arriving in two classic, if unimaginative, color variants -- white and black.

In this article: gear, leak, mobile, motorola, motorolaone, motorolaonepower, smartphone
All products recommended by Engadget are selected by our editorial team, independent of our parent company. Some of our stories include affiliate links. If you buy something through one of these links, we may earn an affiliate commission.