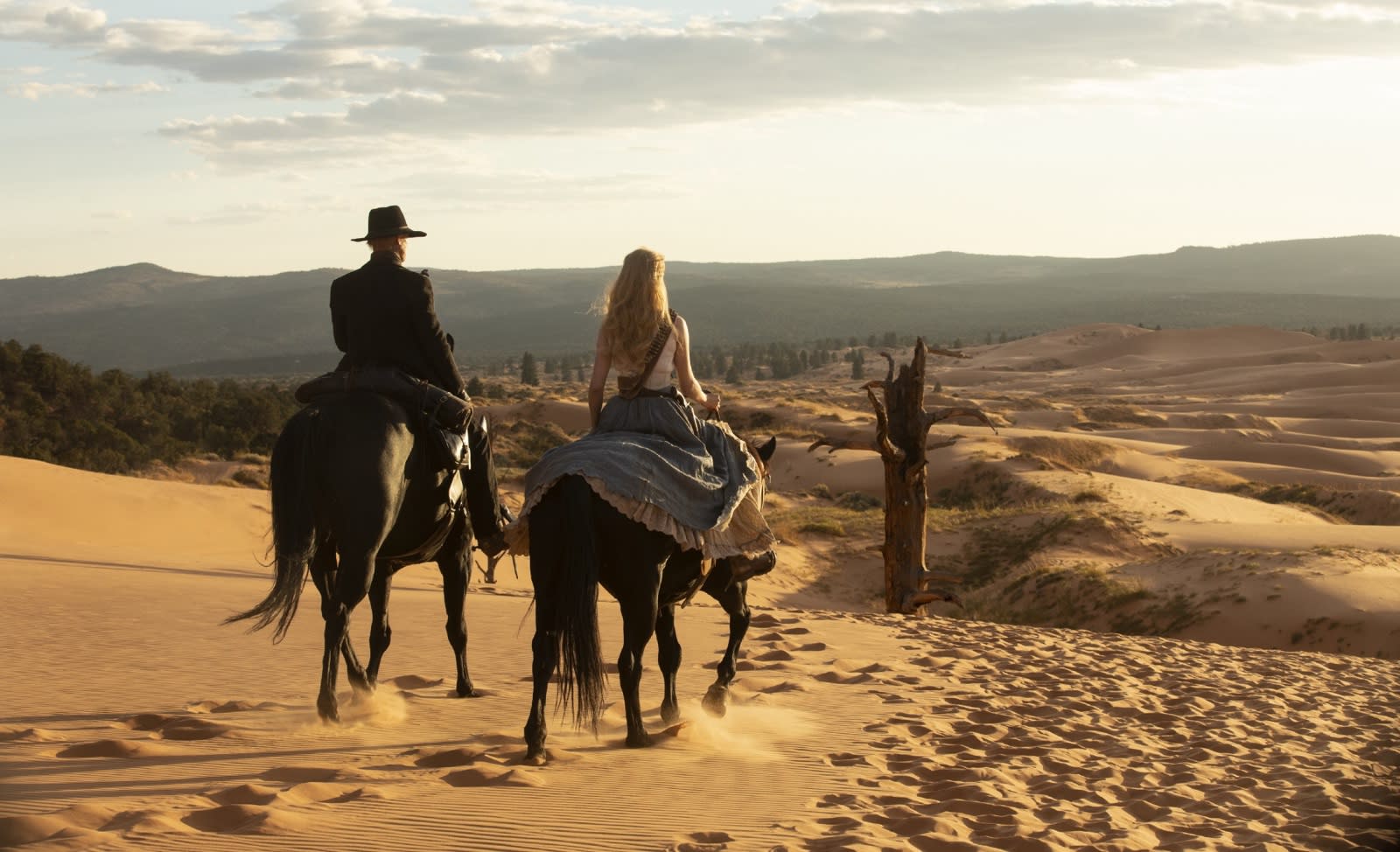 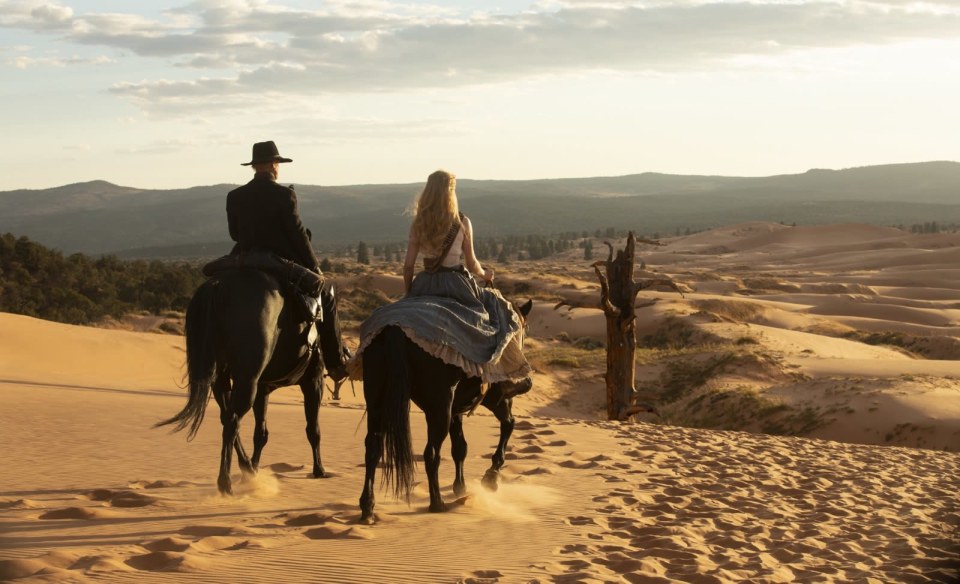 Spoilers ahead for both seasons of Westworld.

Westworld isn't the first TV show to engross audiences in a sprawling mystery, encouraging you to scour every scene, every scrap of dialogue, for a morsel of meaning. It's something we've seen with Lost, The Prisoner and Twin Peaks. But Westworld is different. It has video games in its DNA -- after all, the entire show is about incredibly advanced live-action role-playing. Creators Jonathan Nolan and Lisa Joy also treat the show's narrative like a giant puzzle, where clues are doled out carefully and audiences are often left to figure things out on their own. Viewers took the bait, filling the vacuum with countless podcasts, recaps and online conversations all focused on "solving" Westworld.

But after the show's overlong and sloppy second-season finale, it's clear the Westworld formula needs some work. It's a series that's infatuated with laying out a mystery, but it's less concerned with keeping audiences on board as it meanders toward a conclusion. The best way to enjoy the show, it turns out, is as a game. Following the minutiae of fan theories and contributing your own is far more rewarding than waiting for answers from Westworld's creators. And that's especially true when those revelations fall flat. When its first season kicked off, Westworld's unique narrative style felt refreshing. It was a show that got video games. The park itself felt like a live-action version of Red Dead Redemption and similar open-world titles. But while it started strong, laying out a compelling story of artificially intelligent robots ("hosts") searching for their humanity, the show took its sweet time getting to an explosive conclusion.

And those final twists were worth the wait: It turns out the park director, Robert Ford (Anthony Hopkins), wanted the hosts to break free from their programming to achieve sentience, even if it cost him his life. William (Jimmi Simpson), the nebbish newcomer at the park, was actually part of an earlier timeline before he became the badass Man in Black (Ed Harris). Maeve (Thandie Newton), the cunning prostitute, was on the verge of escaping the park, until she turned back to save her lost daughter. Drama! Intrigue!

But this season, it felt like the creators were more interested in toying with their audience. In a bid to satiate fan theories and stop spoilers, Nolan announced during a Reddit AMA that he planned to release a video revealing the season's entire plot to select fans. Naturally, that news sparked a frenzy -- it would have been something entirely new for a TV show. Nolan likened it to how Game of Thrones readers already knew much of that story ahead of TV viewers. But, of course, that spoiler video ended up being an elaborate troll. The Westworld cast Rickrolled us (a truly timely joke in the year 2018), and then we get an eyeful of a dog in front of a piano for more than 22 minutes.

I don't blame Nolan for poking fun at his audience, especially given how hard fans worked to decrypt the first season of Westworld. But throughout season 2, it also felt like the creators were more determined to preserve the show's mystery and misdirect audiences at the cost of decent storytelling. Characters like Bernard Lowe (Jeffrey Wright) became cyphers without clear motivations.

Nolan and Joy once again juggled multiple timelines, which made it hard to keep track of some narrative threads. And the show's sophomoric philosophizing about the nature of life and free will -- which typically involved one character talking at another for way too long -- bordered on self-parody. If you're left grasping for an in-depth explainer after almost every episode, something is wrong. But hey, at least we finally got Shogun World. ¯\_(ツ)_/¯

"[Westworld] recognizes that it's a remix of an often-told story and so constantly drops allusions and homages not just to tales of robot revolutions, but to all sorts of classic tales," said Dwayne De Freitas, co-host of the podcast Violent Delights, in an interview with Engadget. "In doing so, it seeks not simply to add to the pantheon of AI science fiction, but to become the deepest, classiest, most quintessential version of this apocalyptic AI genre. There are problems with retreading over blazed paths. Westworld gets around that by featuring twists, turns, loops and a host of other literary techniques to keep the audience guessing about that journey. It's been constructed in a way that's constantly demanding focus; constantly asking the viewer: Are you paying attention?"

Given just how much Westworld owes to gaming, it wasn't a huge surprise to see Nolan and Joy headlining a talk at E3 this year. Nolan calls himself a "committed gamer," while Joy is more of a novice. As they were prepping Westworld, they dove deep into Red Dead Redemption. You can see traces of it in the show's gritty aesthetic, as well as in the "loops" hosts are programmed to follow.

As Nolan explains, the original 1973 Westworld film, which was directed and written by Michael Crichton, was a forerunner of not only modern sandbox titles, but video games in general. "Pong came out the same year he [Crichton] was polishing the script," he said. "So what's kind of incredible about that original film was he kind of intuited how gaming would develop and how the rule set would work."

Nolan (who also co-wrote The Dark Knight, The Prestige and Interstellar with his brother, director Christopher Nolan) says this show is the closest he's come to writing a game, something he's long wanted to do. Throughout the season, Westworld has felt like a bunch of disconnected scenes from a nineties adventure game. Some of those sequences -- like everything in Shogun World, and William/The Man in Black's descent into madness -- work on their own. But they lose their impact when spliced into the show's disjointed narrative.

Perhaps I'm being too harsh. There's a certain joy in sitting back and embracing the confusion of Westworld. It's one of the best-looking shows on TV, and it features a strong cast that elevates its writing. As TV critic Sonia Saraiya writes:

What the show offers is not simply a map for one's own journey, but a collective, larger attempt to understand the puzzle of the world's design. It's a community of people, many of whom are sworn enemies of each other, trying to make sense of why the world is the way it is. The ephemera of Westworld -- the cottage industry of fan theories, podcasts, and recaps that are often more comprehensible than the big, empty spaces of the show itself -- are replicating that communal effort.

Now that Nolan, Joy and their writing staff have managed to hook audiences with an elaborate puzzle, I'm hoping the next season of Westworld pays as much attention to its characters and world building. We're officially away from the park, so there's room to explore how the wider world views it. Are there people advocating for the hosts? Are there rebels who want to burn down the Delos corporation and their playground for the rich? I'm looking forward to Westworld being as fun to watch as it is to play.

In this article: AI, art, av, entertainment, JonathanNolan, LisaJoy, Westworld
All products recommended by Engadget are selected by our editorial team, independent of our parent company. Some of our stories include affiliate links. If you buy something through one of these links, we may earn an affiliate commission.