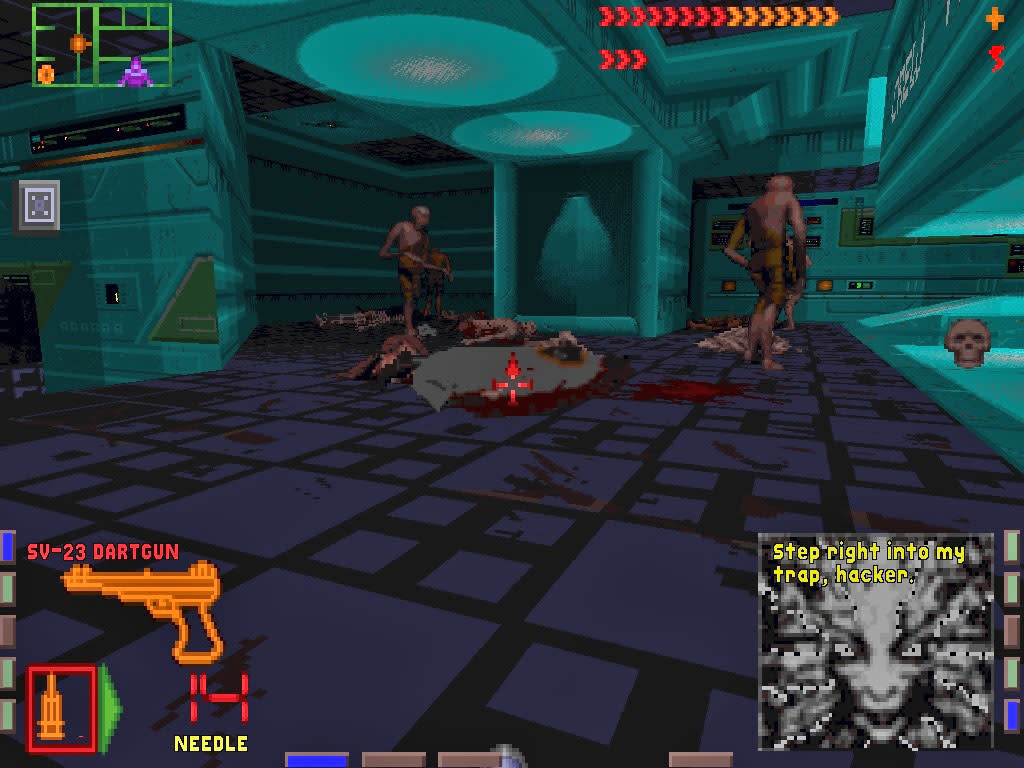 Once unleashed, the power of fandom is a force that can't be stopped. Just ask Joey Lansing, the creator of a mod for 1994 action-adventure System Shock. He spent four months whipping up an entire single-player campaign that creeps into the same hellish recesses as the original game.

System Shock: ReWired even brings fans some completely new goodies: three additional non-linear stages, four more cyberspace stations, extra puzzles and (currently read-only) audiologs, and bless the gaming gods, Lansing says it's compatible with every version of System Shock in existence. Whether that extends to the long-forgotten PC-9801 port is a question no one needs to know the answer to. The enhanced edition, which Lansing recommends, is currently on sale through both Steam and GOG. Of course, Lansing's enterprising efforts wouldn't be possible without Nightdive Studios, which made the source code publicly available in April.

Nightdive readily took up the reins of an official System Shock remake in 2015. Yet despite amassing a small fortune on Kickstarter, a final product is yet to materialize. That's not to say the new System Shock has been scrapped. On the contrary, its eventual arrival seems pretty definite -- just expect a slightly belated delivery. This isn't an unusual course of action for Kickstarter titles; Playtonic's Yooka-Laylee, oft-described as a Banjo-Kazooie spiritual successor, was delayed by several months before it saw the light of day.

There's a bit of a process involved with the ReWired installation, but Lansing's broken it down into a handy step by step guide. Just make sure you've got a copy of System Shock handy before you make the descent into cyberspace hell.

In this article: av, cyberpunk, gaming, lookingglassstudios, mod, nightdivestudios, systemshock
All products recommended by Engadget are selected by our editorial team, independent of our parent company. Some of our stories include affiliate links. If you buy something through one of these links, we may earn an affiliate commission.