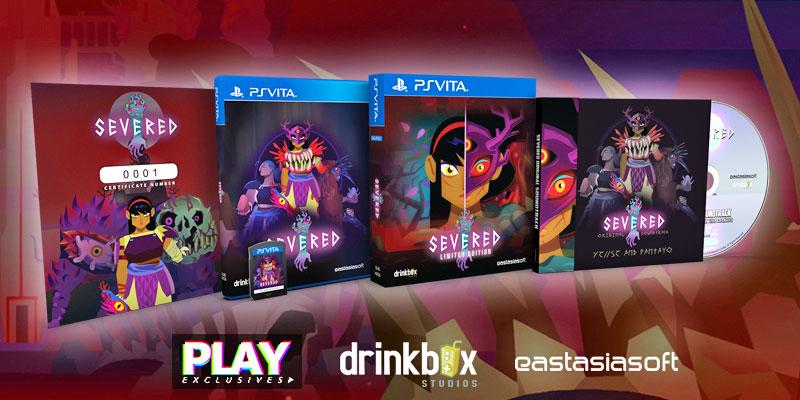 DrinkBox Studios released the stylized first-person dungeon crawler Severed as a PS Vita exclusive back in April 2016, but the game moved on from Sony's ailing handheld to iOS by year's end. Yet two years later, the title is making a triumphant return to the essentially-dead system with a gorgeous-looking collector's edition that goes on sale for $35 on July 26th.

That price gets you a collector's box, soundtrack and full-color manual, which is a rarity in the digital age. Plus, the game discs are region-free. The physical release is limited to 3,000 copies, so plan accordingly (pre-orders are 'opening soon' according to its product page).

It might seem strange to go through the hassle of a physical release on a system that was long in the tooth when the game first came out. But perhaps DrinkBox has a soft spot for PS Vita, given the games and collection the company released on it in the past. But it's probably safe to assume that the developer's next title, Guacamelee! 2, won't follow on Sony's handheld.

In this article: av, drinkboxstudios, gaming, PsVita, severed, sony
All products recommended by Engadget are selected by our editorial team, independent of our parent company. Some of our stories include affiliate links. If you buy something through one of these links, we may earn an affiliate commission.