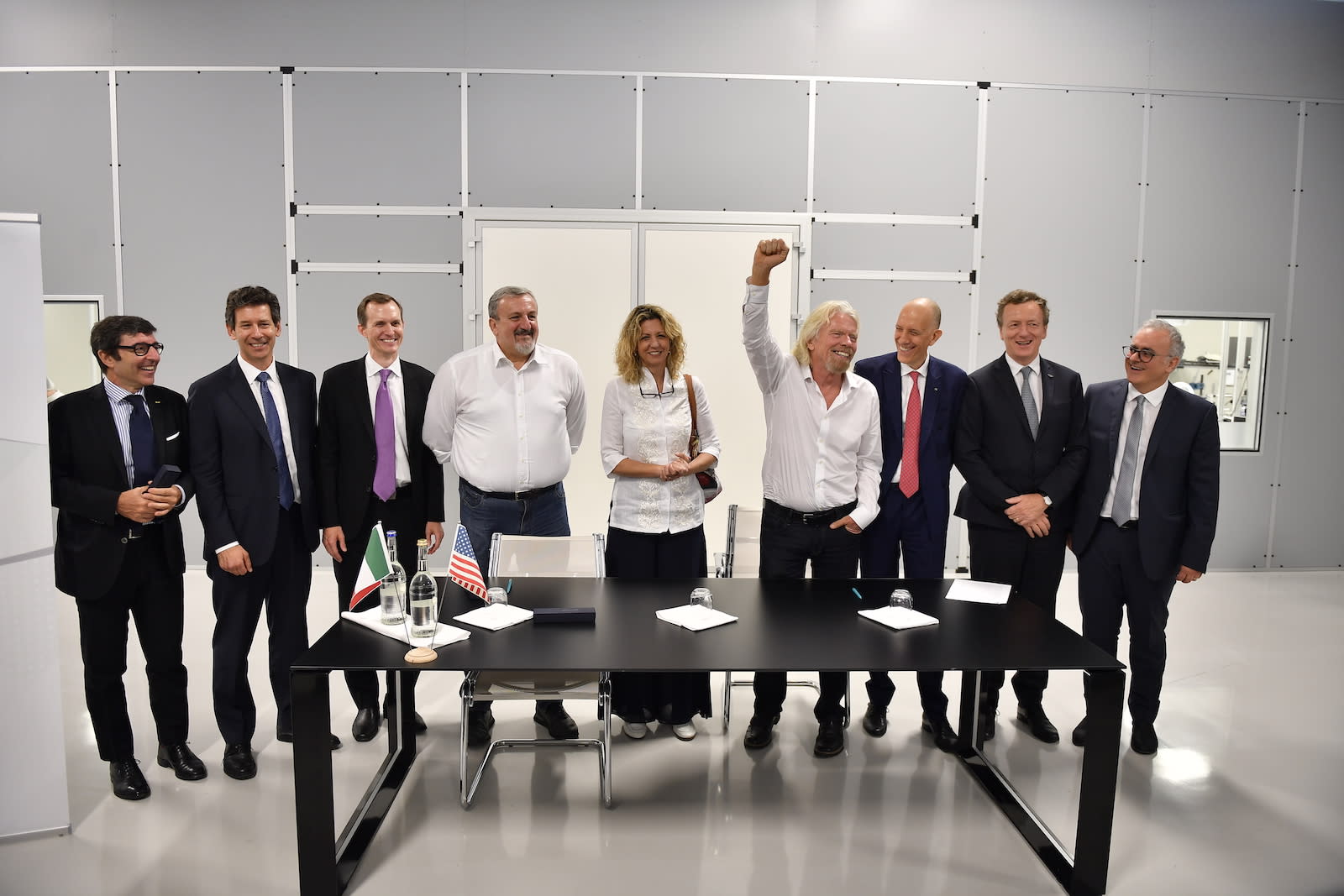 Virgin Galactic announced today that it has partnered with two Italian aerospace companies with the aim to bring commercial space flight to Italy in the future, The Verge reports. Alongside Altec, which is owned in part by the Italian Space Agency, and private space company Sitael, Virgin Galactic intends to develop an Italian spaceport from which future flights can take off. "From the Renaissance to modern space science, Italy has always been a natural home to great innovators and breakthrough ideas which have shaped the human experience," Virgin Group founder Richard Branson said in a statement. "I believe Italy's vision, which has led to this collaboration with our Virgin space companies, will provide a real impetus as we strive to open space for the benefit of life on Earth."

Virgin Galactic says that the partnership's goal is to have a dedicated space vehicle positioned at the future Grottaglie Spaceport, which will serve both public efforts, like those initiated by the Italian Space Agency, as well as private, commercial flights.

Virgin Galactic has been testing its VSS Unity spacecraft over the past few months, conducting one test flight in April and another in May. Branson said recently that his own trip into space is probably "months away, not years away" and that he has been undergoing astronaut training in preparation.

"This partnership could see Virgin Galactic launch the first person in history into space from Italian soil - and in fact from any European territory," Branson said in a statement today. "Together, we will help to expand opportunities for science, industry and the millions of people who dream of experiencing space for themselves." The three companies didn't share a timeline for the development of the spaceport or say when flights are projected to be available.

In this article: altec, business, gear, italy, RichardBranson, sitael, space, spaceflight, spaceport, VirginGalactic, VirginGroup, VSSUnity
All products recommended by Engadget are selected by our editorial team, independent of our parent company. Some of our stories include affiliate links. If you buy something through one of these links, we may earn an affiliate commission.