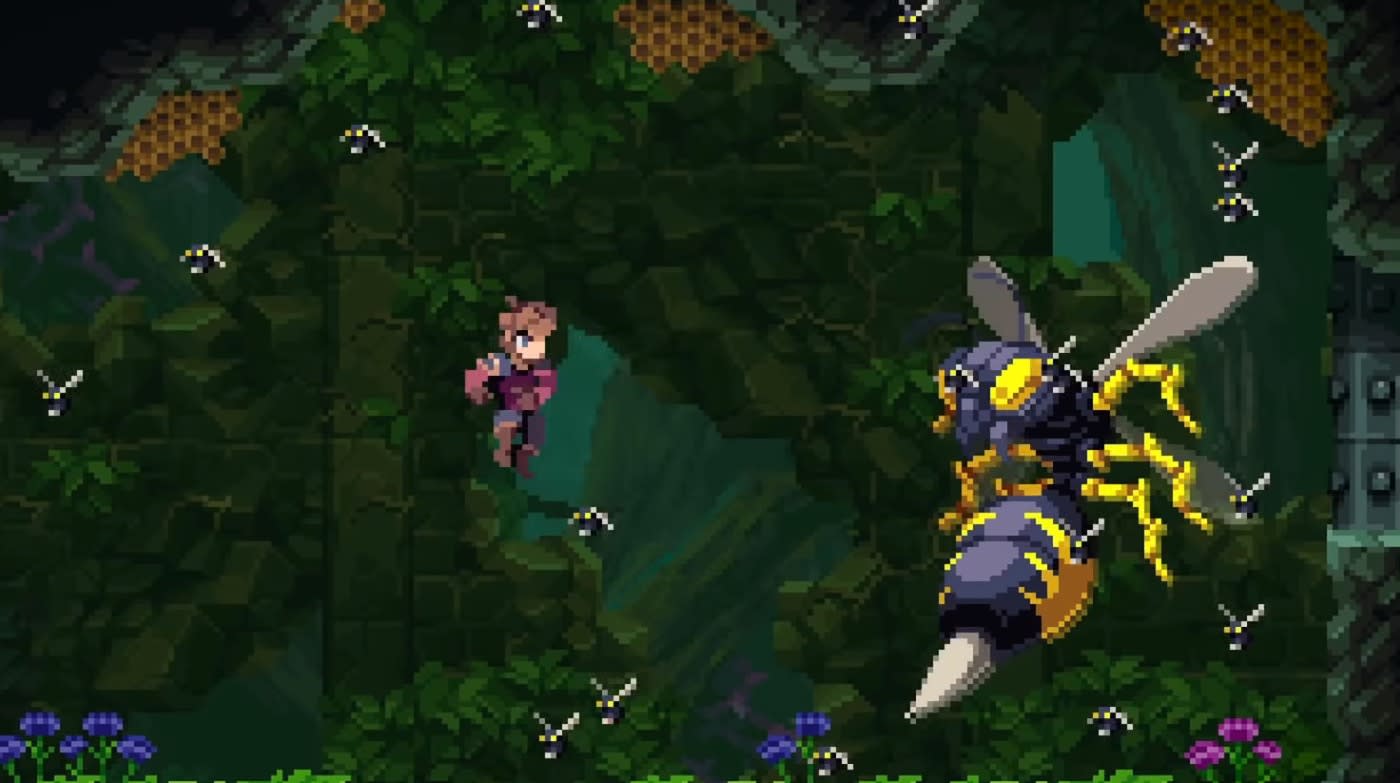 Coming in just four years after its initially projected release date, 2D action-RPG Chasm has a July 31st release date. Five years ago its Kickstarter closed with $191,897 pledged towards the creation of this Metroidvania-style game with procedurally generated levels. Now, early access backers on Steam will get access on the 16th, while gamer-come-latelys can buy in at the end of the month for $20 on PC, PS4 or Vita.

As the developers explain it, anyone who plays straight through shouldn't even notice the procedural generation, but if players want to go again and again, the concept will keep things fresh. While key upgrades and plot points will remain in the same places, the game's predesigned rooms can be added, removed or swapped around in between. If you find a layout that you'd like to try more than once, then that's also supported via a "seed number" that will pull up that layout, and even share with others so they can try the same run.

In this article: 2d, art, bit-kid, chasm, CrowdFunding, discordgames, gaming, kickstarter, metroidvania, ProceduralGeneration
All products recommended by Engadget are selected by our editorial team, independent of our parent company. Some of our stories include affiliate links. If you buy something through one of these links, we may earn an affiliate commission.