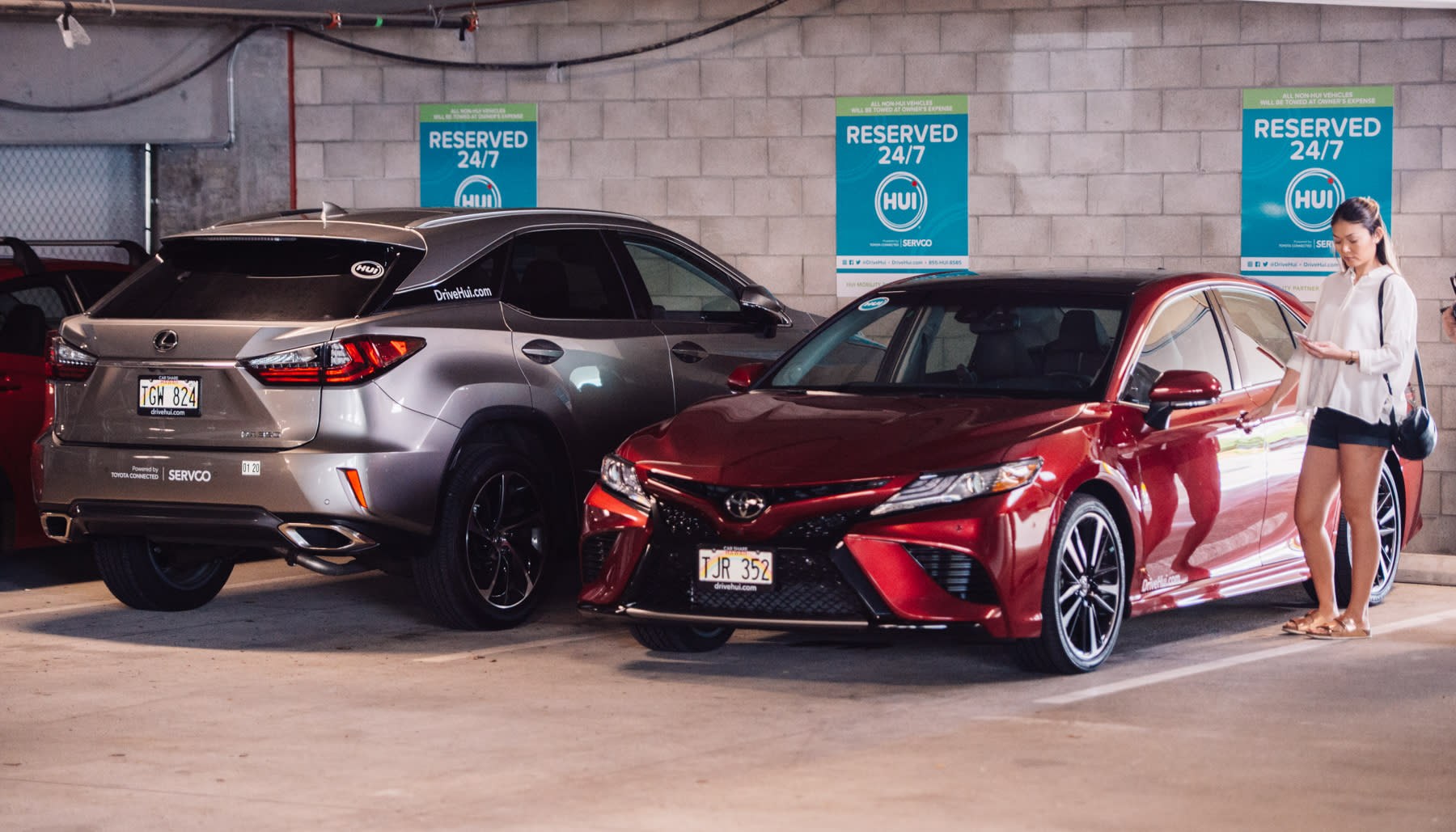 Automakers continue to invest in mobility just in case in the future, people don't buy as many vehicles as they do now. Toyota's the latest to take the plunge into the buzzword du jour with its new Hui car-sharing service launching in Honolulu.

The Toyota Hui service that will launch with 70 cars at over 25 stations around the city. Hui vehicles will not be a free-floating though. Vehicles rented from the service will have to be returned to their original location. The price for rental will include gas and insurance. Pretty much like ZipCar which is already in Hawaii. But remember, competition is good.

"The program is simple to use and more convenient than a traditional car rental service–plus typical add-ons like gas and insurance are included in the reservation cost," said Zack Hicks, chief executive officer and president of TCNA, and chief digital officer of Toyota Motor North America.

A variety of cars will be available via the companion app including the Toyota Prius and Camry models and Lexus (the luxury arm of Toyota) RX350 and RX F Sport vehicles.

Hui will start at $9.95 an hour or $79.95 per day. There will be a monthly fee but Toyota says that will be waived for the first three months. The automaker also said that it plans to introduce a pay-as-you-go membership plan with no monthly fees but higher per hour and daily rates.

In this article: business, carrental, carsharing, gear, Hui, rental, services, Toyota, transportation
All products recommended by Engadget are selected by our editorial team, independent of our parent company. Some of our stories include affiliate links. If you buy something through one of these links, we may earn an affiliate commission.