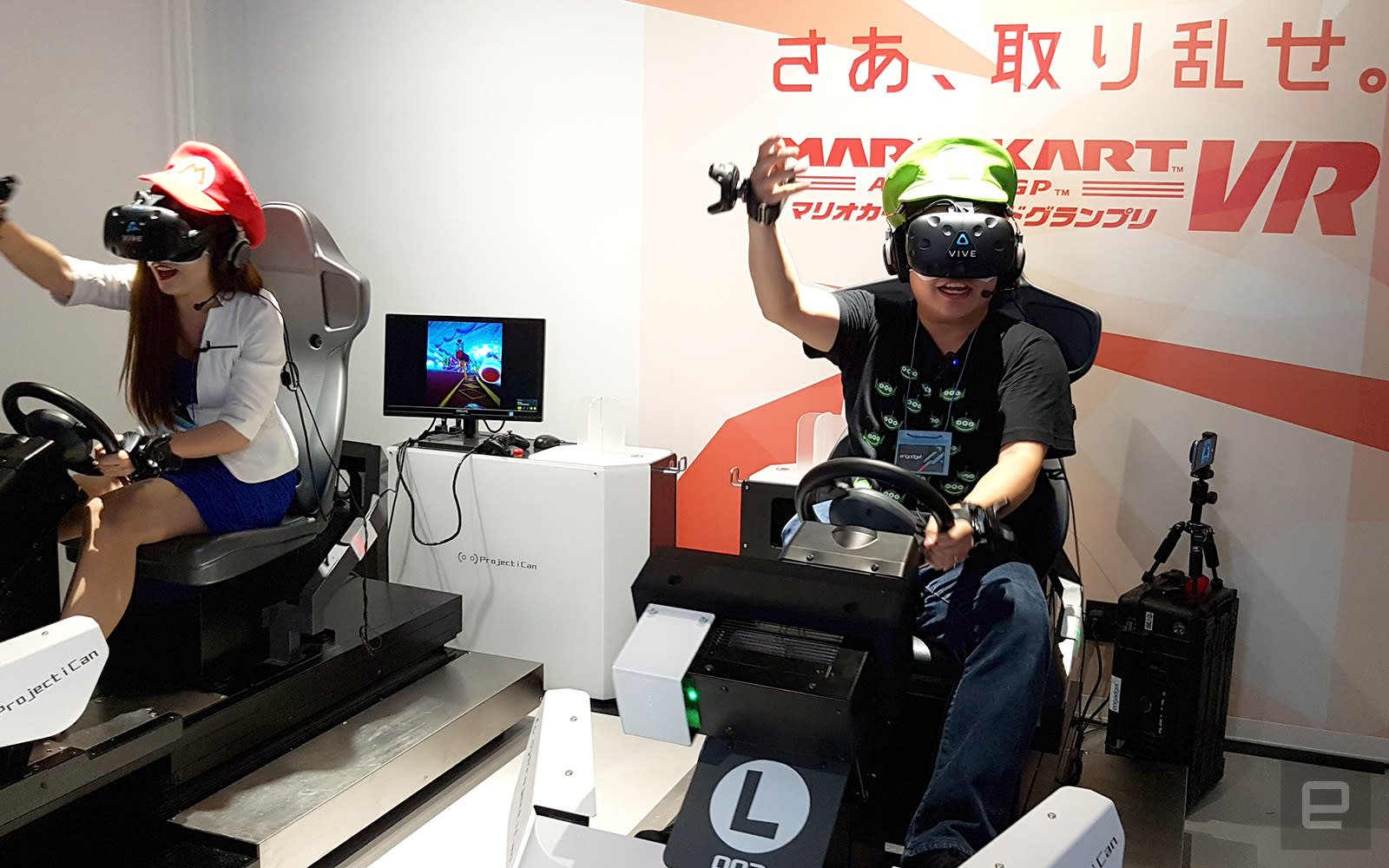 Last year, Engadget Senior Editor Richard Lai tried out the Bandai Namco VR arcade in Japan, and he had great things to say. But the experience was limited to Tokyo -- that is, until now. Today, Bandai Namco announced that the company will bring its Mario Kart VR arcade experience to London.

The experience will launch on August 3 in Hollywood Bowl at the O2. Using HTC Vive devices, players will be immersed in an exceptional VR experience. Players can choose to race as Mario, Peach, Luigi or Yoshi. Instead of using buttons to grab power-ups or banana skins, they must physically pluck them from the environment. "I was simply in awe of the fact that the cartoonish racing game that I grew up with had become very real," Richard said of the game.

After its European debut, the Bandai Namco will roll out the experience to other VR sites, including Leeds and Tunbridge Wells. If you want to take it for a spin, you probably should make reservations, which you will be able to do at Hollywood Bowl's site.

In this article: arcade, bandainamco, gadgetry, gadgets, game, gaming, htc, htcvive, mariokart, mariokartvr, nintendo, vive, vr
All products recommended by Engadget are selected by our editorial team, independent of our parent company. Some of our stories include affiliate links. If you buy something through one of these links, we may earn an affiliate commission.