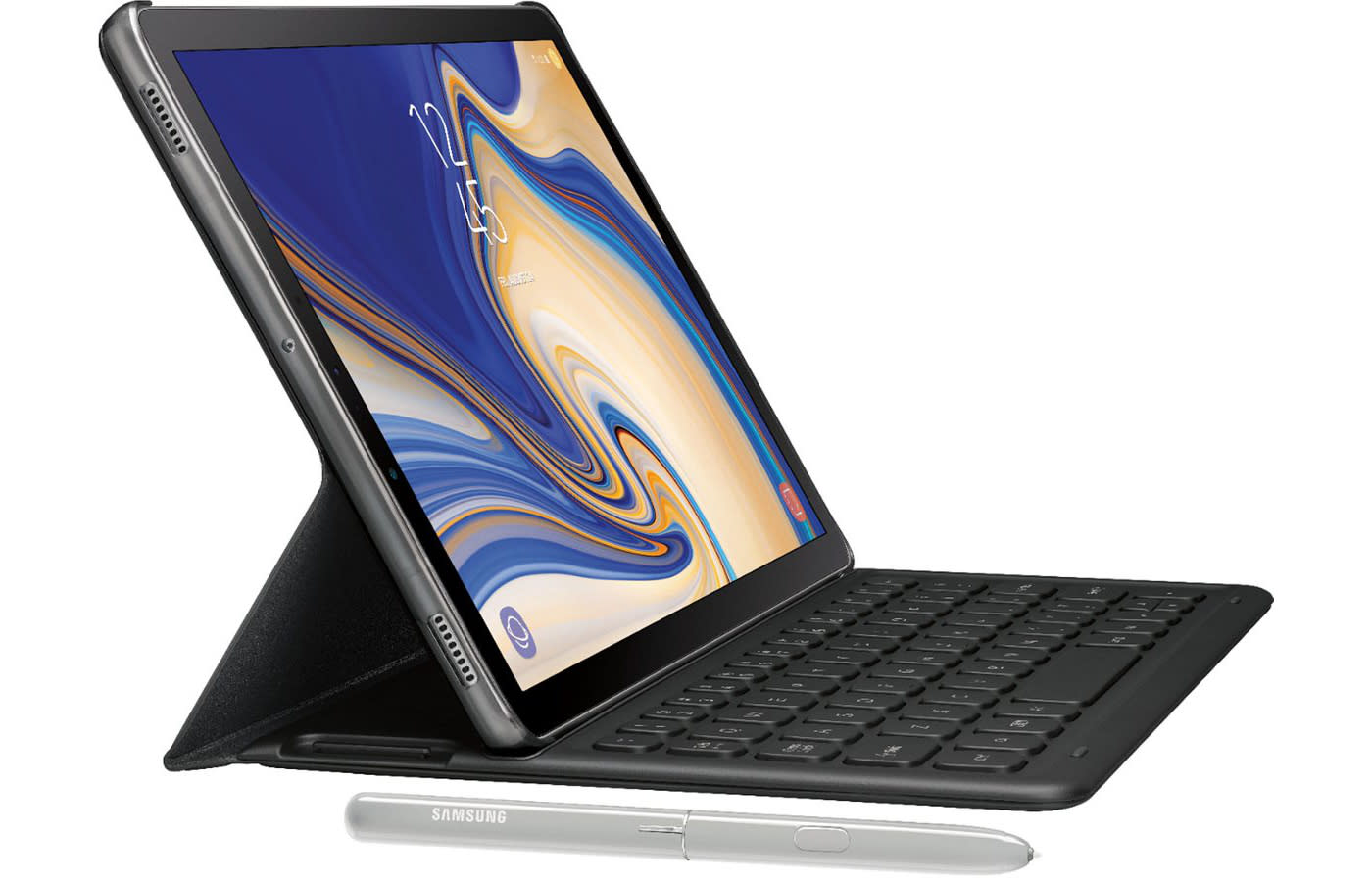 Here's a glimpse of what Samsung could reveal during its Unpacked event on August 9th. Notable gadget leaker Evan Blass (evleaks) has tweeted photos of a white (or silver) Galaxy Tab S4, the next iteration of the Korean conglomerate's S Pen-equipped tablets. The first photo he tweeted doesn't show much of the tablet's white or silver part, but it clearly shows the optional keyboard cover and Samsung's new S Pen design. He released another image showing the tablet's white/silver backside, though, which also revealed that the Tab S4 could look just like its predecessor.

More of that "white." pic.twitter.com/pQltterQJv

The most obvious difference you'll notice between the Tab S4 and the Tab S3 is the new S Pen design. It looks like it no longer has the previous pen's clip that made it look like a conventional pen, and it sports a glossy finish instead of matte.

AndroidHeadlines has also also released what it says is the photo of the Galaxy Note 9's front panel. If it's legit, the Note 9 could look pretty much like its predecessor, as well, unless Samsung has significantly redesigned its backside and edges.

In this article: evanblass, galaxytabs4, gear, mobile, samsung, samsunggalaxytabs4
All products recommended by Engadget are selected by our editorial team, independent of our parent company. Some of our stories include affiliate links. If you buy something through one of these links, we may earn an affiliate commission.