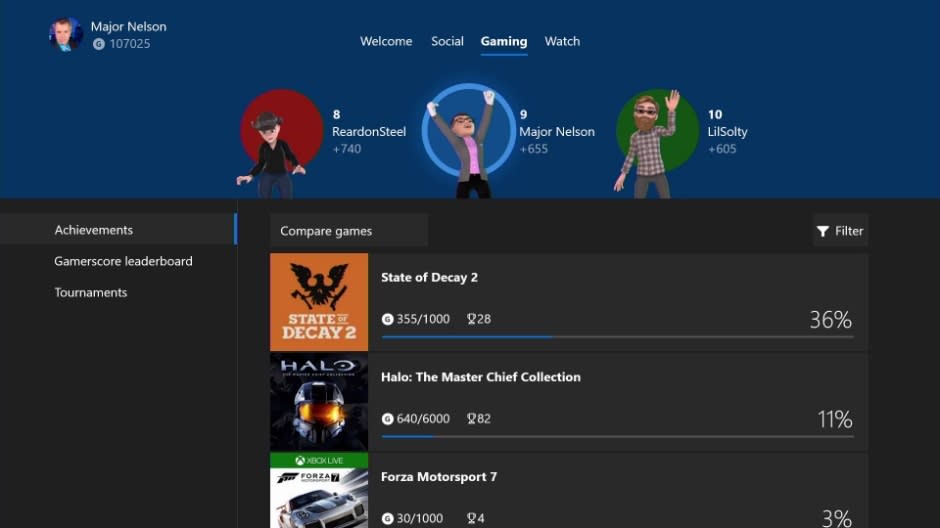 Starting today, Microsoft is giving Xbox Insiders a preview of system update 1810. Xbox Wire reveals the update contains several new features -- some of which will be trickling out over the coming weeks, including Dolby Vision video streaming, dashboard avatars, an expanded search feature, and improved linguistic diversity when using the narrator function.

Dolby Vision or Dolby Vision HDR support will allow compatible televisions to improve upon standard HDR. Compared to HDR10, Dolby Vision has increased color depth and dynamic metadata, which means video content on Xbox One S and Xbox One X can be displayed with greater scene-by-scene precision. However, you'll need a premium Netflix subscription to access it.

Last month, Xbox Insiders had a chance to peek at the beta version of Microsoft's Avatar Editor app. These customized avatars should now be visible on different user profiles, community posts, gamerscore comparisons and beyond.

The list of supported languages in the Narrator feature is extending to Dutch, Polish, Portuguese, Spanish and Swedish. Australian English is also being added as an option, so gamers from down under will no longer have to pick between US or UK English.

In this article: av, avatareditor, gaming, microsoft, system, update, xbox, xboxone
All products recommended by Engadget are selected by our editorial team, independent of our parent company. Some of our stories include affiliate links. If you buy something through one of these links, we may earn an affiliate commission.