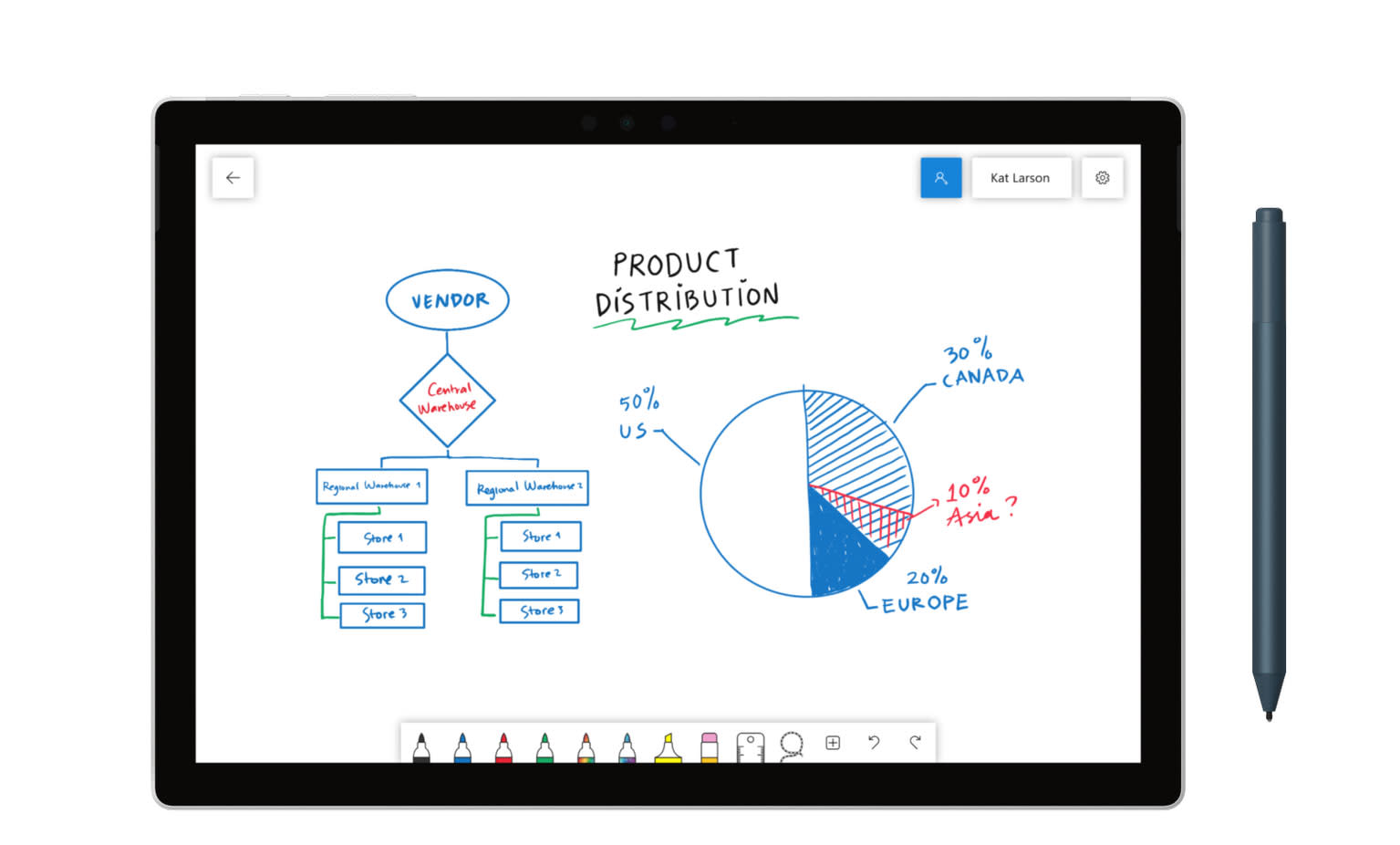 Microsoft's Whiteboard app, which lets users collaborate on an intelligent canvas through their Windows 10 devices, is now out of preview and available for download. As with a physical whiteboard, Whiteboard lets you draw, erase and attach sticky notes. But unlike a traditional whiteboard, you can also type, add and manipulate images and have ever-expanding amounts of space on which to work. Whiteboard can also recognize and enhance shapes, making it easy to put together a table, for instance.

Microsoft released a preview of Whiteboard late last year and the company says that more than 200,000 users gave feedback that influenced the app's features. Whiteboard works with touch, a pen or a keyboard and users can collaborate on a board from their own devices from different locations. Avatars will make it clear who is doing what on the board and work is automatically saved to the Microsoft cloud.

You can download the Whiteboard App from the Microsoft Store and log in with either a Microsoft or an Office 365 account. For now, while Office 365 users can collaborate within their tenants, they can't work with those in other tenants just yet. Microsoft says the Whiteboard app will be available for iOS devices soon and other devices will have access through its Whiteboard web client preview, which is also on the way.

In this article: av, collaboration, gear, microsoft, microsoftwhiteboard, windows10
All products recommended by Engadget are selected by our editorial team, independent of our parent company. Some of our stories include affiliate links. If you buy something through one of these links, we may earn an affiliate commission.