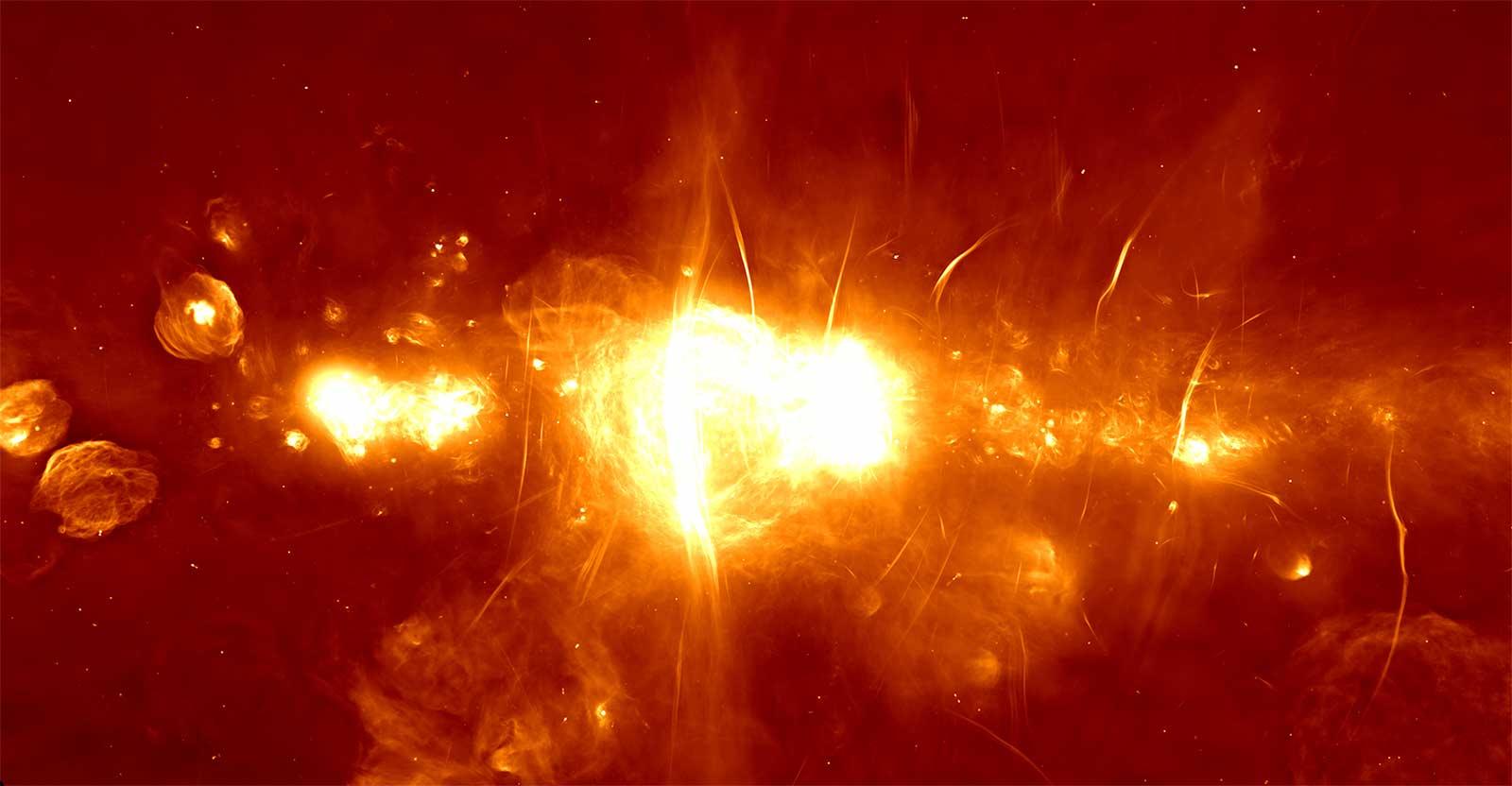 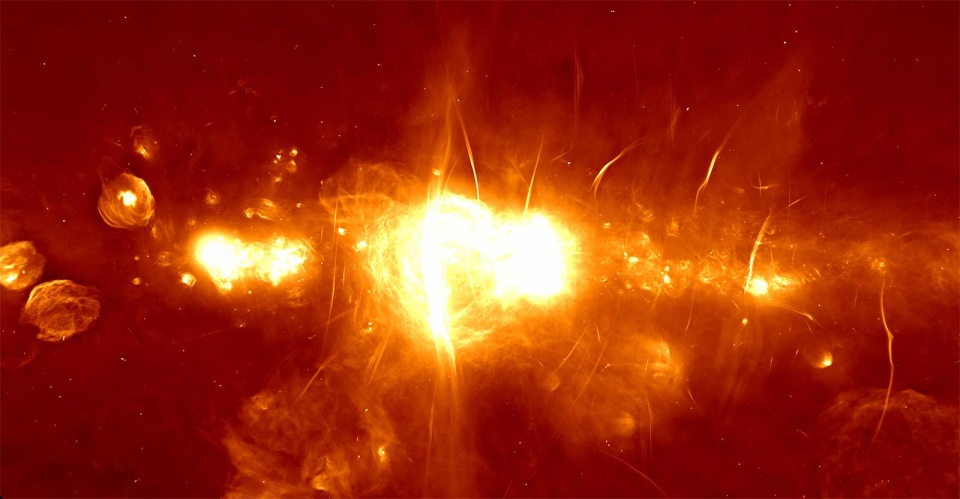 Another piece of the Square Kilometer Array's puzzle just fell into place. South Africa has officially switched on MeerKAT, billed as the most sensitive radio telescope of its type on the planet. Some parts of the array have been gathering data, but it's now nearly ready to use interferometry from all 64 dishes to map the normally invisible portions of space in exceptionally high detail. It should be completely ready for scientific experiments in about two months, according to Nature. However, you won't have to wait that long to see fresh results -- you're looking at some above.

Researchers have produced a panorama of the Milky Way galaxy's center (which contains a supermassive black hole) using radio, infrared and X-ray wavelengths that penetrate the gas and dust thwarting conventional telescopes. The image isn't just pretty -- it shows many of the sources of magnetized filament structures near the black hole that previously remained a mystery, potentially offering an explanation for how those filaments came to be.

There are already two projects underway to make use of the full telescope. One will study the level of hydrogen in galaxies , which could help fill out the history of the universe, while another will tackle fast radio bursts and other transients that remain elusive to astronomers. Ultimately, MeerKAT will accommodate eight large-survey projects that will give each team over 1,000 hours of observation time over five years.

Work to fold MeerKAT into the Square Kilometer Array won't start until 2020, when it will gradually integrate with another 130 dishes in South Africa as well as a maximum of 130,000 antennas in Australia. When it's ready, though, the SKA could provide insight that other telescopes just couldn't match. It's also a major milestone for space science in Africa. Although MeerKat is expensive at about 4.4 billion rand ($331 million US), it's already serving as a draw for scientists who would otherwise have to go to the Americas, Australia or Europe to gather the data they need.

In this article: astronomy, astrophysics, galaxy, gear, meerkat, milkyway, radiotelescope, science, southafrica, space, squarekilometerarray, telescope
All products recommended by Engadget are selected by our editorial team, independent of our parent company. Some of our stories include affiliate links. If you buy something through one of these links, we may earn an affiliate commission.