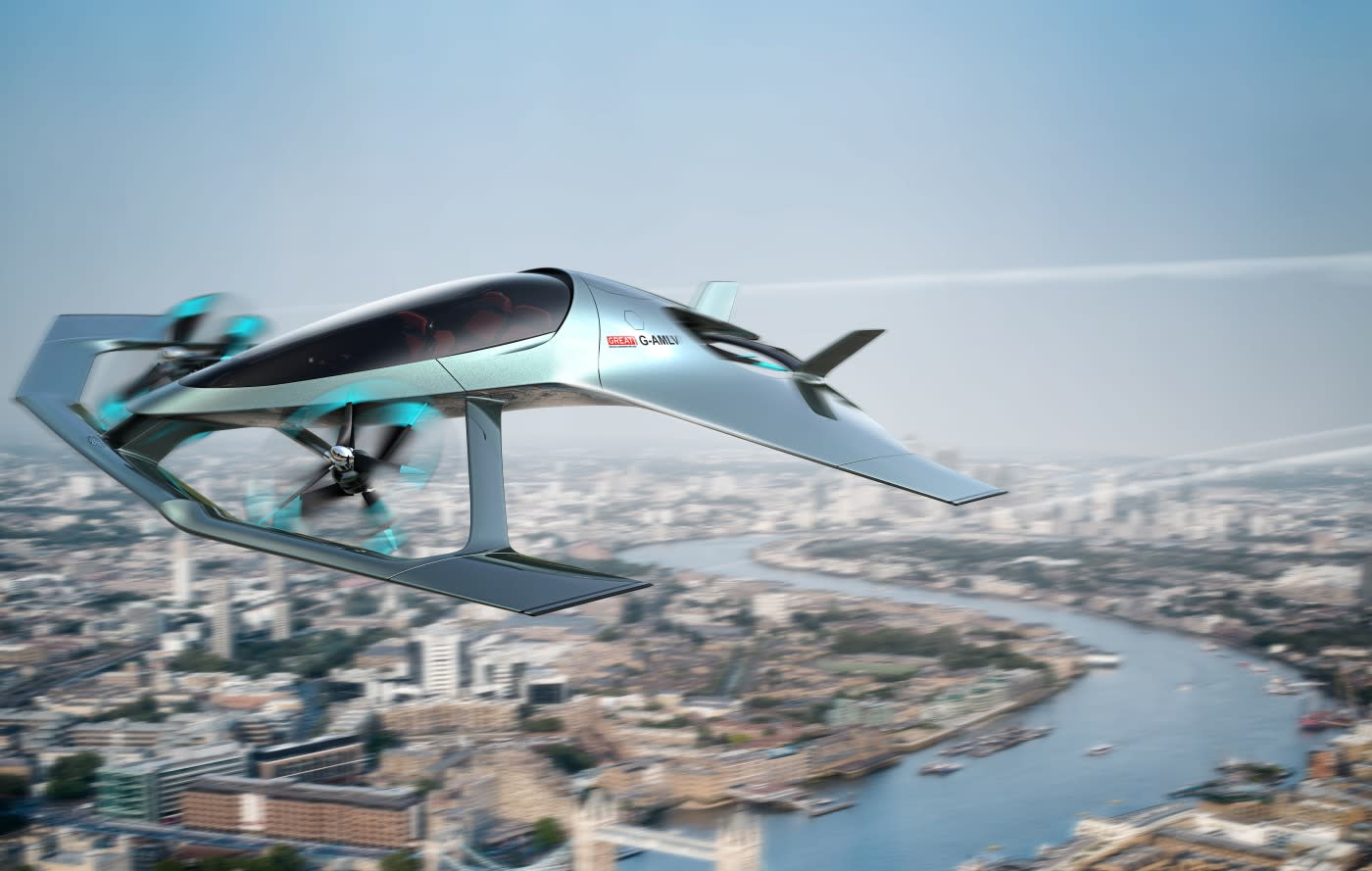 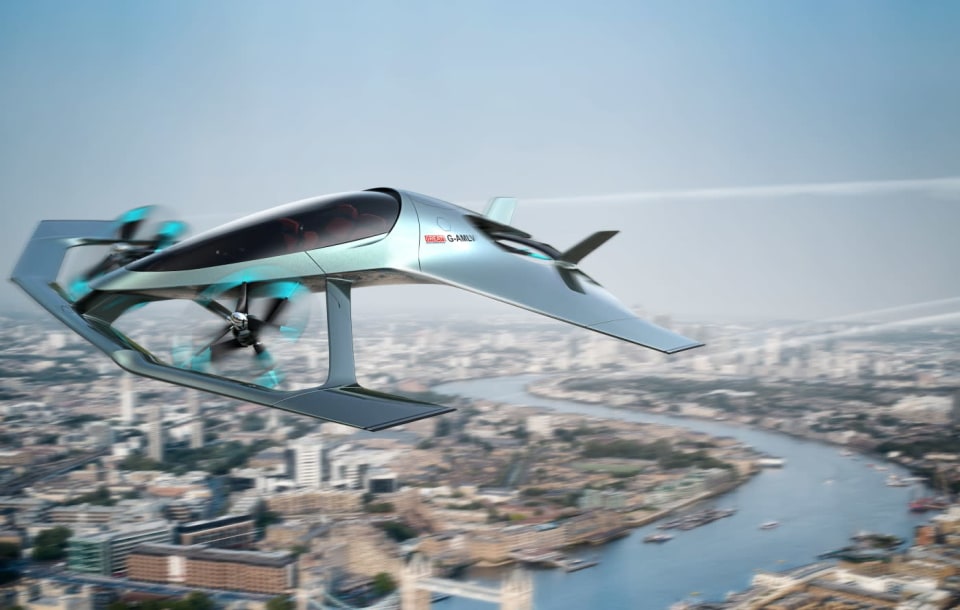 Aston Martin is the latest luxury car company to express interest in creating a personal aerial vehicle. Today, the company unveiled its plans for a "flying car," a three-seat aircraft called the Volante Vision Concept. The hypothetical concept craft's design will make its debut at the Farnborough Air Show this month. Like its eventual competitors, the Volante Vision can take off and land vertically. It will use a hybrid-electric power train and will have multiple propellors. A horizontally mounted turbo-prop will be on the back of the craft, while a Y-wing at the front of the plane will have two pairs of propellors that can both tilt and rotate.

Of course, this is Aston Martin, so the brand will also incorporate luxury into the design. The air taxi will be equipped with autonomous navigation and information will be projected onto the all-glass cockpit canopy. The company sees its aircraft as a step up from the ones currently under development by companies like Uber; these will cater to a clientele in search of luxury transportation.

Aston Martin is working with partners on this project that have experience in the aviation industry, including Rolls-Royce. That company has its own air taxi in the works, but these projects appear to be separate. The marketplace for a personal aerial vehicle is getting crowded; it will be interesting to see which of these air taxis actually come to the market.

In this article: astonmartin, autonomousvehicle, flyingcar, flyingtaxi, tomorrow, transportation, volante, volantevision
All products recommended by Engadget are selected by our editorial team, independent of our parent company. Some of our stories include affiliate links. If you buy something through one of these links, we may earn an affiliate commission.