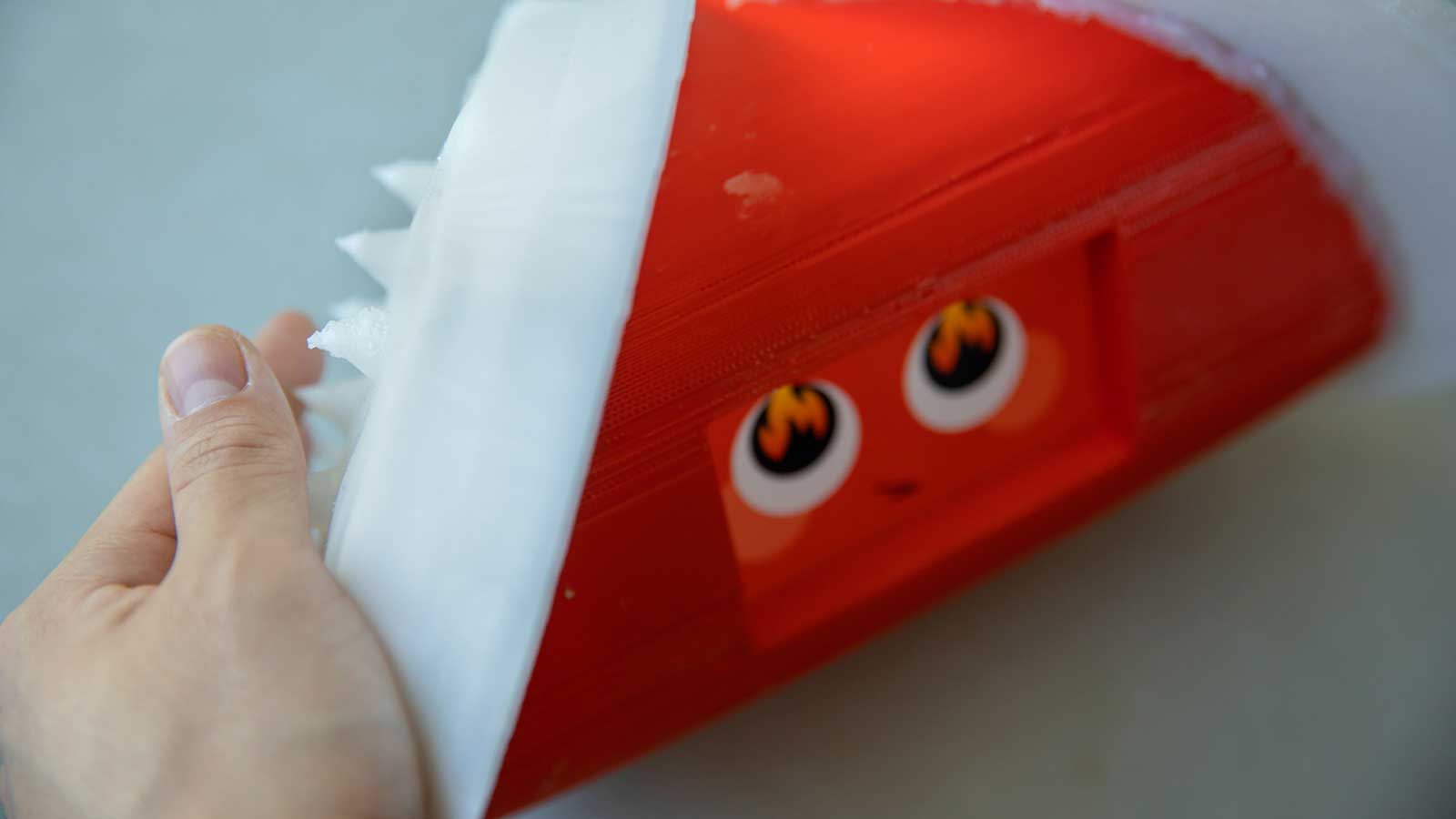 Sure, a robot can show how it's feeling (insofar as a robot can feel) with its face, but that's not the only way living beings do it. Humans have their goosebumps, for instance, while cats and dogs will raise their fur. Cornell wants to bring that nuance to synthetic beings. Its researchers have crafted a robot that uses a soft, adjustable skin to provide a tactile indication of a robot's emotion -- as the university put it, you can feel its feelings. It may develop goosebumps if it's happy, spikes if it's angry, or just a timid response if it's sad and needs a hug.

The elastomer skin contains separate sets of goosebump and spike generators, each of which is joined by fluidic chambers. When the robot wants to bare its soul, a quiet two-pump system applies pressure to the generators at the strength and frequency needed to convey those feelings. It's relatively subtle, and shouldn't kill the preciousness moment with loud mechanical noises.

Cornell's tech isn't particularly sophisticated at the moment (the design is likened to a 3D-printed oyster), and it's not about to fool you into thinking a robot needs some TLC. However, this could matter in the long run as scientists produce more sophisticated AI systems and artificial skins. If robots are ever going to be advanced enough to display something resembling real human emotion, they'll ideally show all the cues associated with those feelings.

In this article: cornell, CornellUniversity, emotion, gear, haptic, haptics, robot, robots, science, skin, softrobot, tomorrow
All products recommended by Engadget are selected by our editorial team, independent of our parent company. Some of our stories include affiliate links. If you buy something through one of these links, we may earn an affiliate commission.