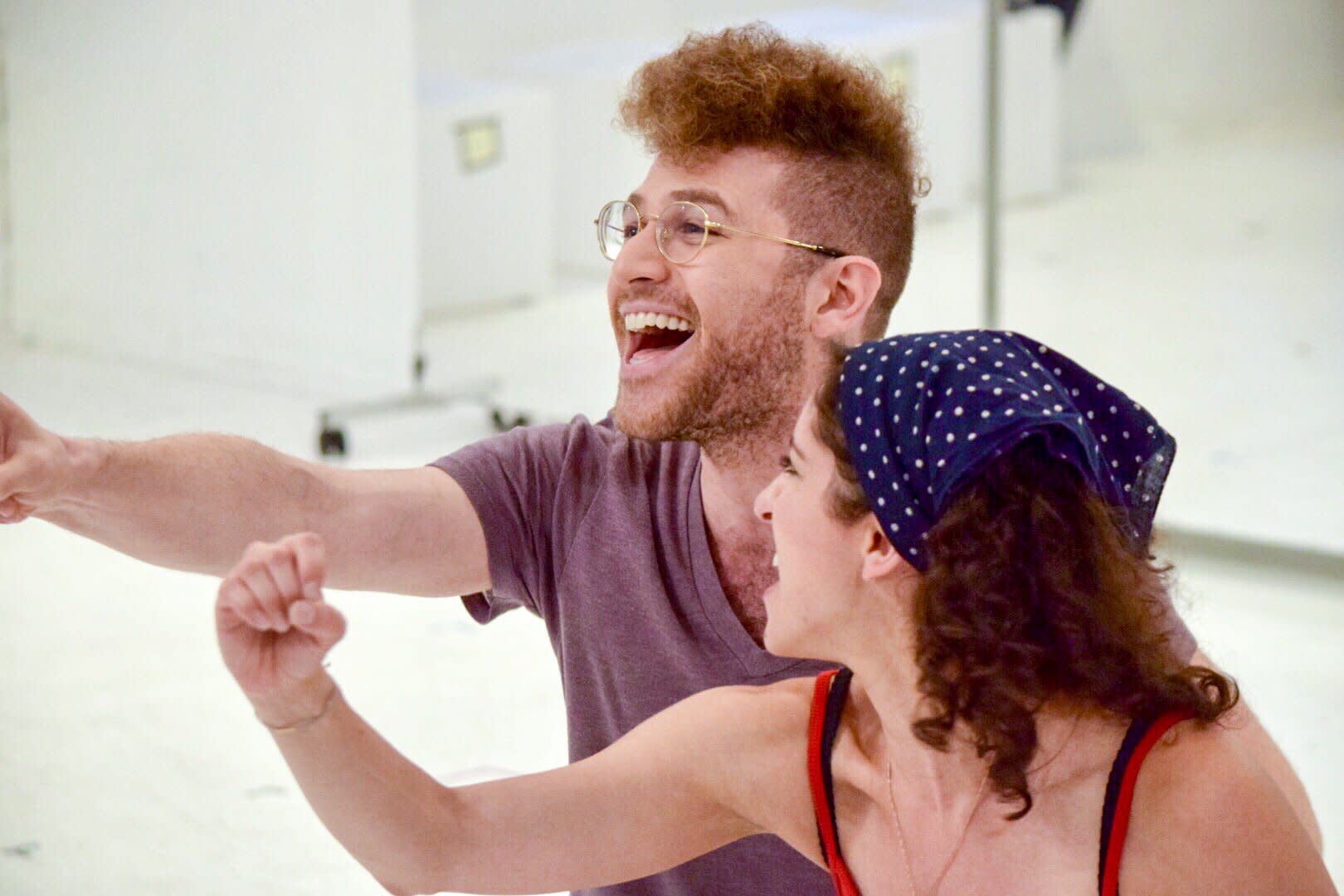 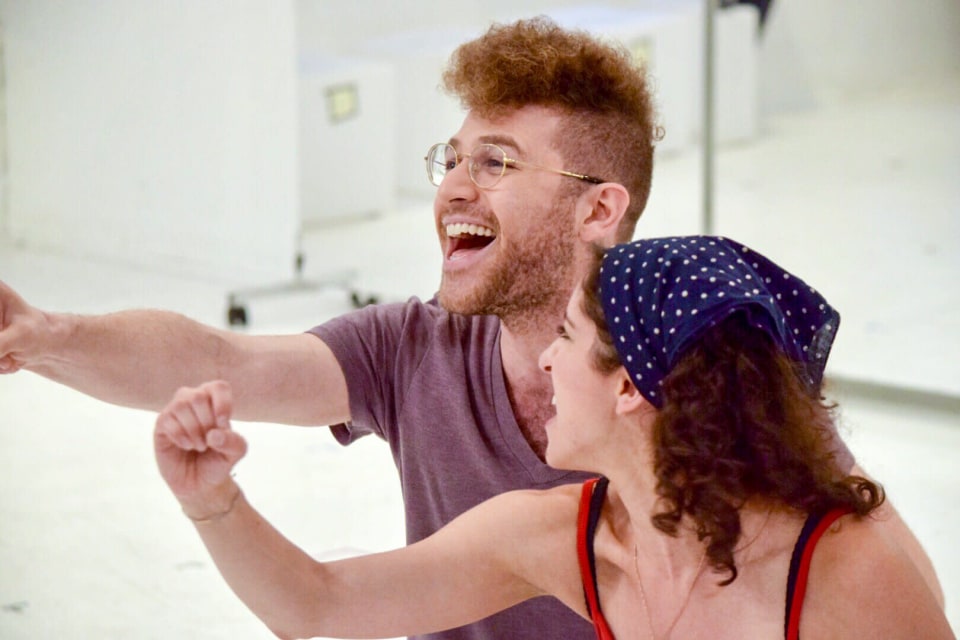 The thing about musical theatre is that pleasant surprises are never too hard to find. A rock musical about 19th-century German teenagers exploring their sexuality won a Tony. And right now, a man playing a cartoon sponge from Nickelodeon is charming audiences on Broadway. Is it so strange, then, that someone out there decided a musical about emoji needed to happen? Nah.

The real surprise is that such a show — Emojiland, which makes its off-Broadway premiere tonight as part of the New York Musical Festival — seems set to defy expectations. That's because married co-creators Keith and Laura Harrison haven't just spent the last four years writing a musical about emoji. They spent the last four years writing, staging, performing and rewriting a musical about emoji, all in hopes of sharing a piece of art with real emotional resonance.

Let's get a few things straight up-front. Yes, every character in the show is an emoji. Yes, there's an actual narrative here. All of the action is contained within a phone that has just received a software update and, sure enough, things start to go awry very quickly. And no, humans aren't a part of this story (though they sort of were in earlier drafts).

Thankfully, the Harrisons understood that trying to create a valuable piece of art about emoji of all things meant having to grapple with the concept's intrinsic absurdity. Rather than continuously wink and nudge at the audience — as if to say, hey, how weird is this? — the creators chose to frame the show's many conflicts with some good, old-fashioned existential angst. "We have certain characters that have romantic conflicts, political conflicts, dietary conflicts — whatever," Keith told Engadget. "Essentially it's framed by [the Skull emoji], who is the embodiment of death and is therefore more important than anythig else. Skull is the one that believes emoji are as insignificant as all the people in the world who go 'emojis, really?'"

As the update-based chaos continues to unfold around the cast, it's Skull the nihilist that serves to skewer the show's silliness. At one point, when the antics subside, he asks a poignant question through song: "Who is it among us who has really lost their noodle? Isn't it a fact, my friend, you're more or less a doodle?" To the Harrisons, moments like that are crucial injections of context — the conversations that preceded the song are immediately called into question because, as Keith puts it, "they're all just dust sitting there, who the hell cares?"

This "textistential" quandary is made more complex by the different layers of distance at play here. The audience is separated from the cast by an invisible fourth wall. The emoji are separated from the human world by unseen layers of metal and glass. Because emoji aren't much more than characters on a keyboard, and Skull is around to remind us of their frivolousness, the emoji's problems hardly seem significant. But since there are no humans, the emoji serve as stand-ins for the audience — as a result, the question of significance seems to extend to the people watching. If every problem the show's characters face don't matter, then what is the show saying about the significance of our problems?

Finding the clearest, most impactful way to tell these stories — and to make these points — is what kept the Harrisons so busy for the past four years. There have been four distinct versions of the show that have been shared with audiences, but Keith and Laura put together five more that have never seen the light of day. Even now, while rehearsing with the cast is in a tiny studio on 14th Street, the tweaking continues. "It's been four years and we're still making changes in the room, we're still rewriting dialogue," said Keith.

"We've probably written over 50 songs for Emojiland at this point," Laura added.

The Emoji Movie certainly didn't help. Sony's naked cash-grab was, to be clear, an expensive artistic wasteland. (Put another way, it was total 💩.) Emojiland had been in development for years prior, but Sony's rushed attempt to make money off of emoticons meant that every producer that was interested in the Harrisons' early vision couldn't back off fast enough.

"We literally got told that they were too big a fish and we wouldn't be able to swim in the pond," Keith said. As it became more clear the movie was going to be awful, people's questions about the unrelated musical grew more hostile. People weren't asking "why," they were asking "what's wrong with you?" That line of questioning never really stopped, but as more people saw the show and heard the music, the more optimistic Keith and Laura became about the value of their work. The hostility started to fall away. And now, on the cusp of their first performances in New York, the couple is as confident as ever that emoji are worthy as a subject of artistic exploration and a way of saying the unsayable.

"In a musical, when you can no longer speak and the emotions become too high, you sing," Laura told me. "When you're texting, when there are no words, you send an emoji." And soon, Keith couldn't help but chime in.

"Emoji are like a distillation of language that gets to the core of what something is in an aesthetically delicious way," he said. "Music does that for text also."

In this article: art, emoji, emojiland, entertainment, interview, musical, unicode
All products recommended by Engadget are selected by our editorial team, independent of our parent company. Some of our stories include affiliate links. If you buy something through one of these links, we may earn an affiliate commission.