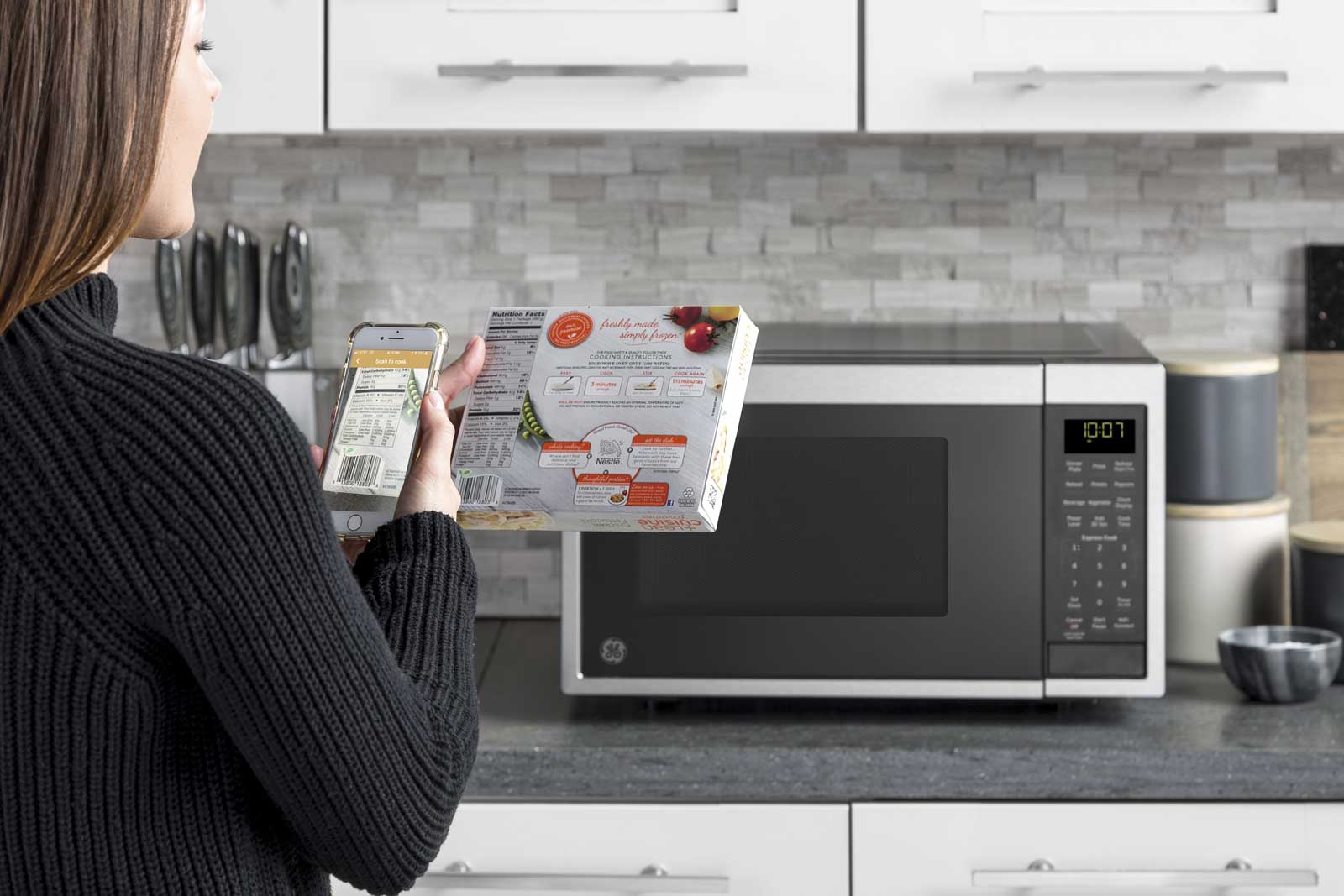 Want to know just how connected even a relatively ordinary microwave has become? Just ask GE Appliances. The brand has unveiled the Smart Countertop Microwave with Scan-to-Cook, which touts both Alexa voice control compatibility and its namesake scanning feature to speed up your culinary duties. The Alexa support is fairly self explanatory (you can use an Alexa device to add time or stop cooking), but Scan-to-Cook could be particularly helpful if you hate interpreting instructions on food boxes. You just have to scan a barcode on the packaging with a mobile app and it'll choose the appropriate time and power levels. In other words, you shouldn't risk ruining your macaroni the first time you nuke it.

There are more than 3,000 meal items in the microwave's database to start (including frozen, refrigerated and shelf-safe foods), but GE Appliances is promising an expanded catalog over time.

Beyond that, the main allure is the price. While this isn't the lowest-cost microwave you'll find at a $139 regular price, it's arguably smarter than machines costing considerably more -- you might rarely need to touch the buttons on the microwave itself to set cooking times. And while there's the hidden cost of an Alexa device to get the most value out of your purchase, that might not be an issue if you act quickly. GE Appliances is offering a "limited time" deal that bundles an Echo Dot speaker with the microwave for $125, making it a fairly safe choice if you were hoping to create a voice-controlled household.

Update: GE Appliances said it miscommunicated and that the price of the Echo Dot bundle is $155. That's still a good deal for the two -- just not as great as it sounded at first.

In this article: alexa, appliance, appliances, cooking, food and drink, food-and-drink, foodanddrink, geappliances, gear, haier, home, microwave, scan-to-cook, scantocook, voicecontrol, voicerecognition
All products recommended by Engadget are selected by our editorial team, independent of our parent company. Some of our stories include affiliate links. If you buy something through one of these links, we may earn an affiliate commission.