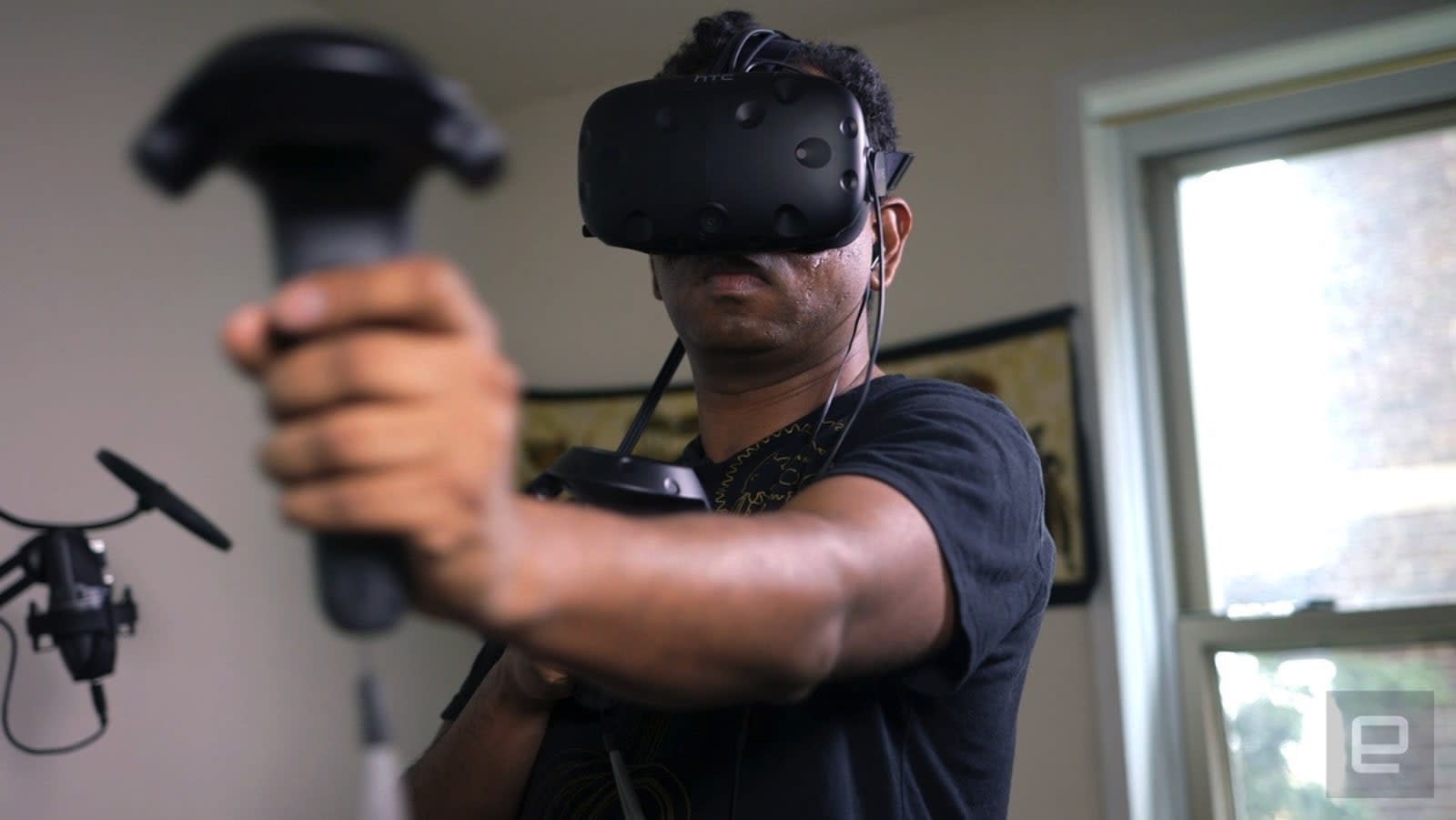 If you've used a wired VR headset, you probably know the connector situation is inconsistent and messy: you frequently have to plug multiple cables into your PC, which is space consuming at best and potentially impractical if you have a laptop. That might not be quite such a thorn in your side if a handful of tech industry leaders have their way. AMD, Microsoft, NVIDIA, Oculus and Valve have unveiled VirtualLink, an open standard that would whittle VR headset connections down to a single USB-C cable. It would take advantage of the newer port format to deliver four lanes of DisplayPort video, USB data (for cameras and sensors) and 27W of power. It's optimized for VR, too, promising low lag and a highly optimized path that would enable the "next generation" of headsets.

The technology is very young. The VirtualLink alliance has only published an "advance overview" of their specification for companies that want to take advantage of it ahead of a 1.0 release, and it will be a while after that before headsets adopt the technology. It's also based on an assumption that wireless VR won't become the dominant format. And you may have noticed that HTC isn't involved, at least at this stage -- it might not achieve true harmony so long as Vive owners are using another connector.

Even in this rough state, the appeal is clear. It'd lead to faster setup times even as it remained relatively future-proof, and would bring VR to virtually any laptop with enough power to handle it. You could plug a VR headset into a sufficiently speedy ultraportable. This kind of accessibility could be crucial to making VR accessible to more people, not just enthusiasts with desktops and beefy gaming laptops.

In this article: amd, connector, facebook, gear, headset, microsoft, nvidia, personal computing, personalcomputing, standard, usb-c, valve, virtuallink, virtualreality, vr, wearables
All products recommended by Engadget are selected by our editorial team, independent of our parent company. Some of our stories include affiliate links. If you buy something through one of these links, we may earn an affiliate commission.