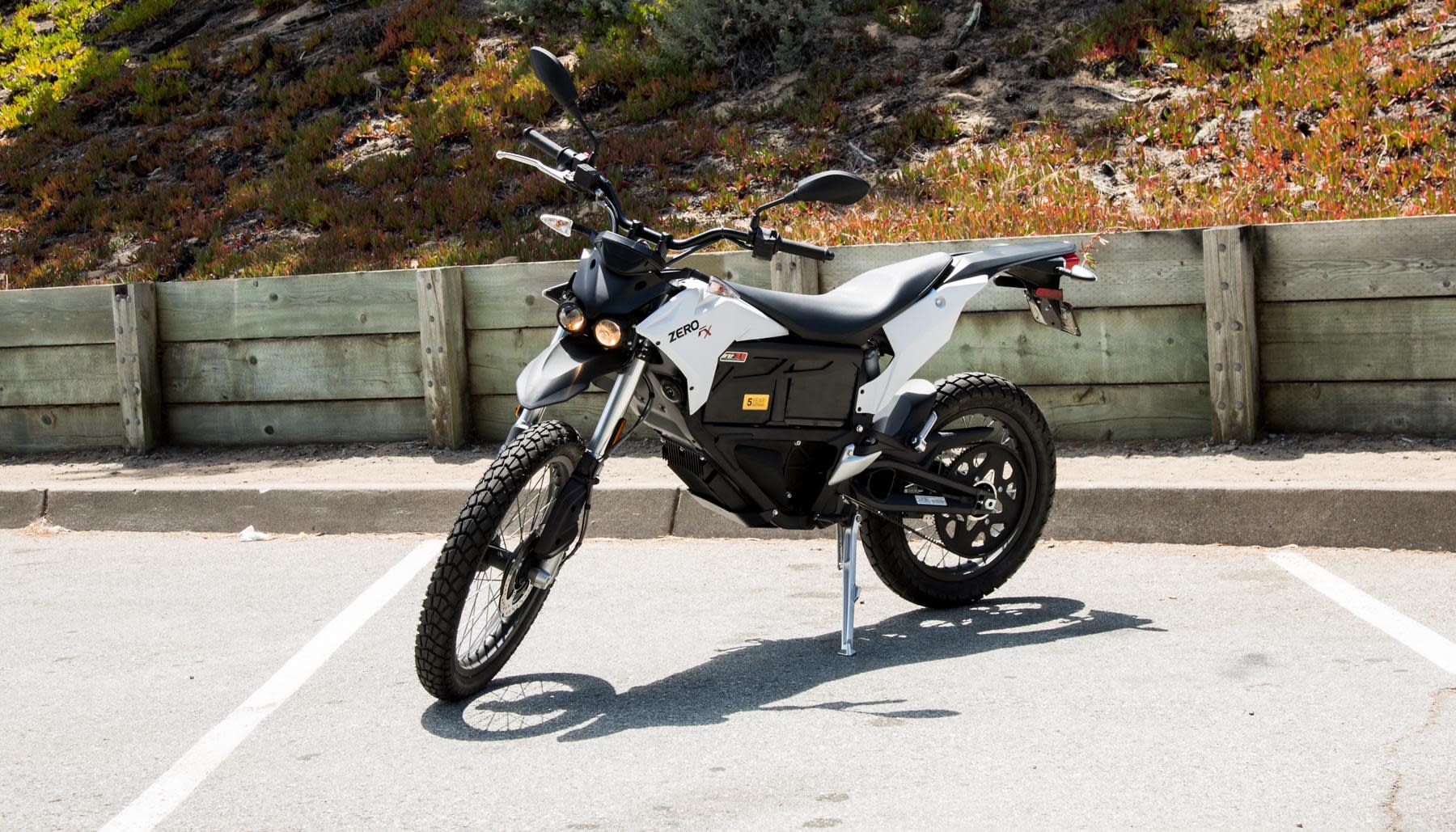 It’s probably better just to wait for the battery to recharge.

On a spreadsheet, electric motorcycles can be a tough sell. For starters, gas-powered bikes get outstanding mileage. So while hybrids and electric cars can save a driver money in the long run, that doesn't really apply to motorcycles. Instead, there's the warm fuzzy feeling that you're doing something good for the environment. In addition, you can silently cruise around without frightening the neighborhood pets with a bombastic exhaust. Oh and there's also the incredible electric torque.

The new Zero FX with modular battery (starting at $8,495.00 for the 3.2kWh version) is an even tougher sell on that spreadsheet. It's a great bike with an intriguing feature: the ability to swap batteries and keep on riding without the hassle of waiting for a bike to charge. That sounds awesome right? It is, but it's for a select group of riders and to be part of that group, be ready to pony up some cash.

The FX is the more capable version of the FXS I rode before. It's able to hit the asphalt as well as the dirt. I had a blast riding it in both environments. Plus its lightweight (289 pounds) which gives it a nimbleness that's perfect for lane splitting on San Francisco's narrow streets.

I rode the 7.2kWh version of the bike which actually uses two 3.6kWh modular battery packs. Removing the batteries isn't tough (you just unlock a bar and pull them out) but it requires you to be ready to carry a very heavy brick of electrons. The FX only requires a single battery to operate giving you the option of charging one battery while riding with another hence the 3.2kWh version of the bike. But with that second power supply plugged in the FX bike has 78 foot-pounds of torque and 48 horsepower.

That's where the fun lies -- in that torque. The bike has three modes: Eco, Sport and Custom. In Eco mode, it's quick, but in Sport mode, it's a bit insane. Twisting the accelerator while in Sport without the proper precautions can flip both you and the bike onto your back.

That sounds like it's a bad thing. It's really not once you get used to it. If anything it's the reason you buy these bikes: a riding experience that makes your daily commute fun. That's the value, of the electric bike, it takes the mundane and enhances it. 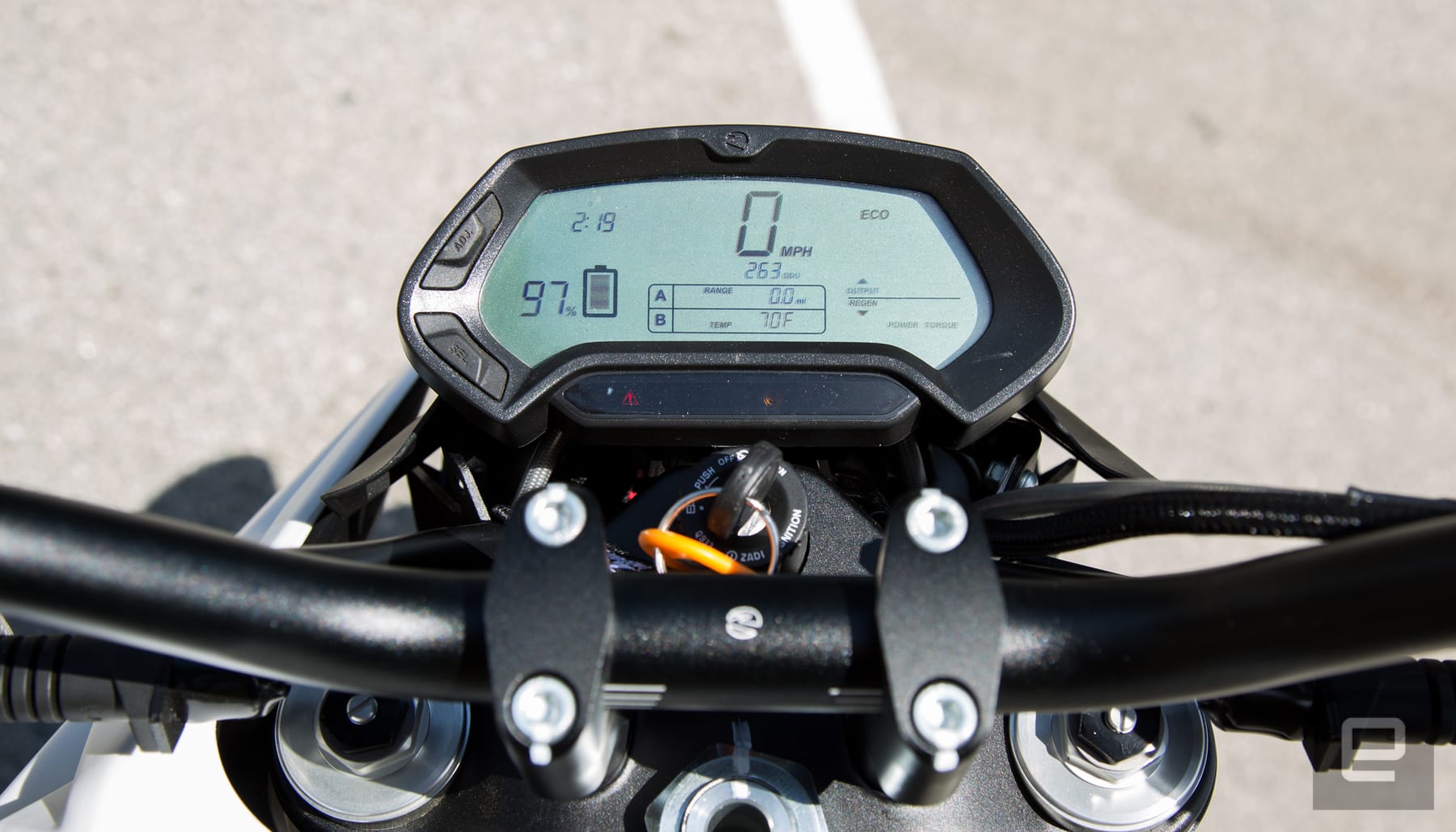 For those now-exciting commutes, the 7.2kWh FX has a range of 91 miles in the city which is great. And a range of 39 miles on the highway, which is not so great. The reason for this is the usual -- prolonged high-speeds burn through batteries -- but also, the human body sitting upright on a motorcycle like the FX just destroys any sort of aerodynamics.

During my tests both on the streets of San Francisco and during jaunts to Oakland on the highway, I averaged about 54 miles of range. If I was just riding on city streets, the range went up. Like with an electric car, I charged the bike at night. It takes about nine and a half hours for a full charge from zero via the power outlet in a typical home or garage.

For most people that's fine. But for the folks that need to constantly be on the road, there's the modular battery system. It's for riders that are at a track and want to keep riding all day. Or more likely, the riders that are doing a job. The park rangers, the police, security, really anyone that works within a defined area and has to keep going without the hassle of parking the bike for long periods of time.

Those are the folks that can afford the premium that comes with a modular system. After all, the extra batteries will set you back $2,895 and the charger is an additional $600.

For the rest of us, the 7.2kWh FX without a modular battery is the better option for $10,495. It's a fun bike that makes your commute enjoyable (I know, crazy right), is down for a quick weekend ride, or taking care of errands around town. You'll have to wait for it to charge, but unless you ride for eight hours a day, riding by day and charging at night should be adequate for most folks. Plus Zero has other bikes with more range in case you're still in the market for an electric motorcycle. It might cost you more money at the offset, but it's still a hell of a ride.