The Porsche brand has never really been synonymous with family. The legendary 911 just doesn't lend itself to playdates, Target runs and road trips with the kids. Then the German automaker introduced its SUV line in 2003 and suddenly the offspring had a place to sit. But an SUV is not a sports car. The Panamera line, on the other hand, has the potential to be a bit of both.

The 2018 Panamera 4 E-Hybrid Sport Turismo, starting at $104,000, checks off a lot of boxes for potential Porsche owners that also have family obligations. There's room for more than two people, for starters. There's also an honest-to-goodness cargo area for shopping runs. It's a hybrid, too, so the more judgy parents you know won't get on your case and finally (and really more important) it's a sports car. Also, it looks 100 percent better than the first iteration of the Panamera and it does all this in a way that makes you realize that station wagons can be cool. Very cool.

When I received Panamera, Porsche made sure I was aware that the hybrid system wasn't an efficiency play. The automaker is known for sports cars, after all. Still, the vehicle has four modes: E-Power (pure EV mode), Hybrid, Sport and Sport plus. During startup, it defaults to E-Power mode and when fully charged Porsche says it has a range of up to 30 miles at speeds up to 90 miles per hour. That seems pretty efficient to me. If you plug in the car at night and the majority of your trips per day are less than 25 miles, it could be weeks before you hit the gas station.

In hybrid mode (which includes options for saving and charging up the battery), the Panamera is ready for longer drives on the freeway and surface streets. The switch between the gas engine and electric motors is seamless during regular driving. But going slow (below 10 miles an hour) does feel like you're holding back an excited puppy. Sometimes it jerked a bit more than expected.

It's that excited puppy that's at the heart of the vehicle and once you drop off the kids or finish picking up your organic quinoa at Whole Foods, you can put the Panamera E-Hybrid into Sport or Sport plus mode and really understand what the automaker was talking about when it said the hybrid wasn't an efficiency play. 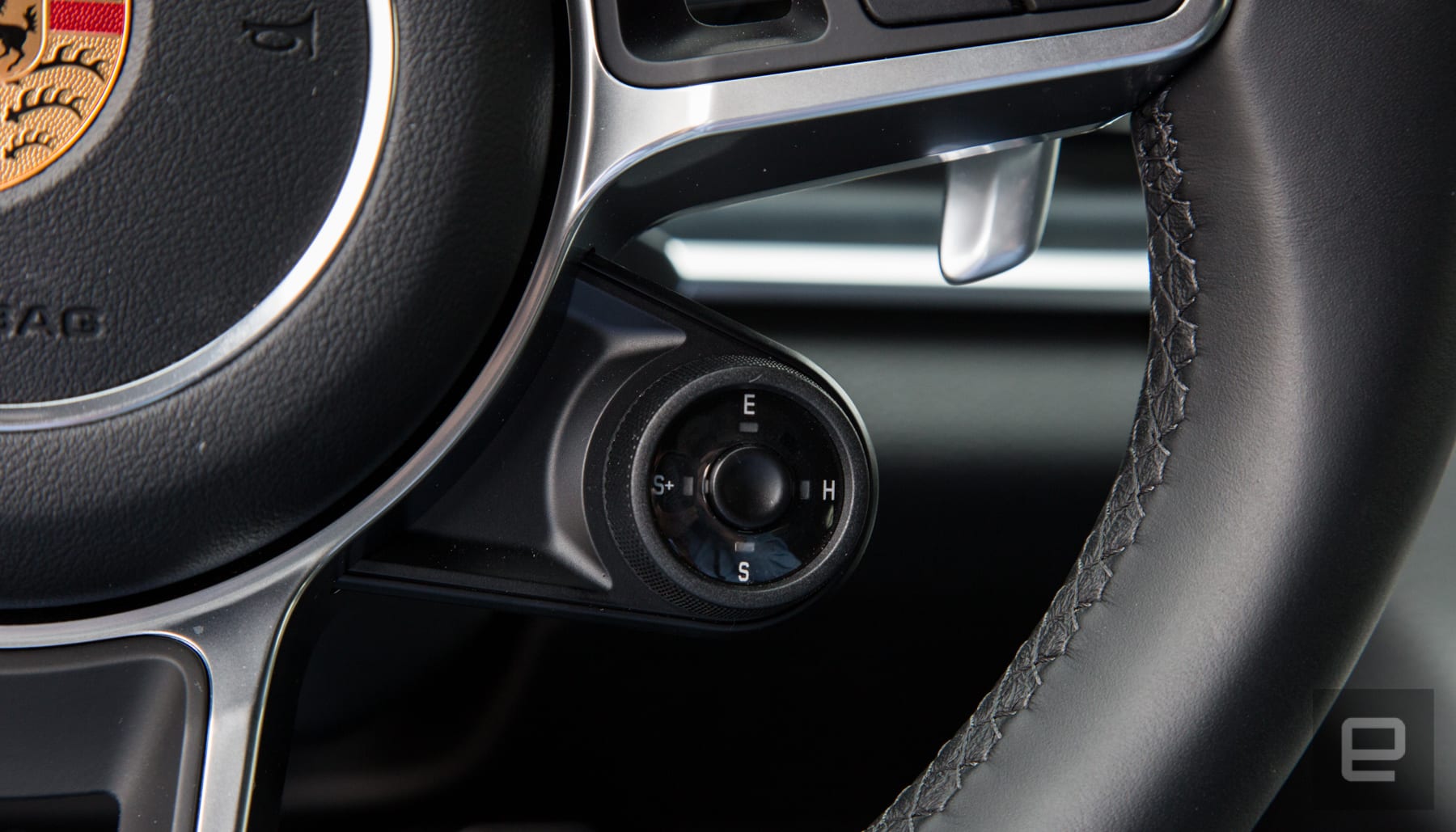 Driving in either of the two sport modes, the car aggressively recharges the battery so it can use that power and electric torque to deliver outstanding acceleration. With a zero to 60 of 4.4 seconds, it's one of the most fun ways to burn through electrons. All that power comes from a combined 462 horsepower and 516 foot-pounds of torque emanating from a twin turbo V6 and electric motor. Both of which are situated behind the transmission so no matter what the power source, it's distributed to the wheels the same way.

With an AWD (All-wheel drive) drivetrain, the wagon handles well for its size. It's still a heavy and large car, but during nearly all but the sharpest turns, it takes corners like a vehicle a fraction of its size. It's just brilliant when you need it to be a sports car and refined when you're cruising around town.

Inside, there's room for four humans to sit comfortably. Porsche says there's seating for five, but that middle seat in the back should only be used by your shortest friends or children. Technically someone can sit there, but they shouldn't.

The cargo space is enough for grocery runs and weekend trips. But be aware that the cool sloping back of the car also eats up valuable space and larger items might not fit as well as you thought. Fortunately, you can fold down the rear seats and take out the huge bag used to hold the home charging system. 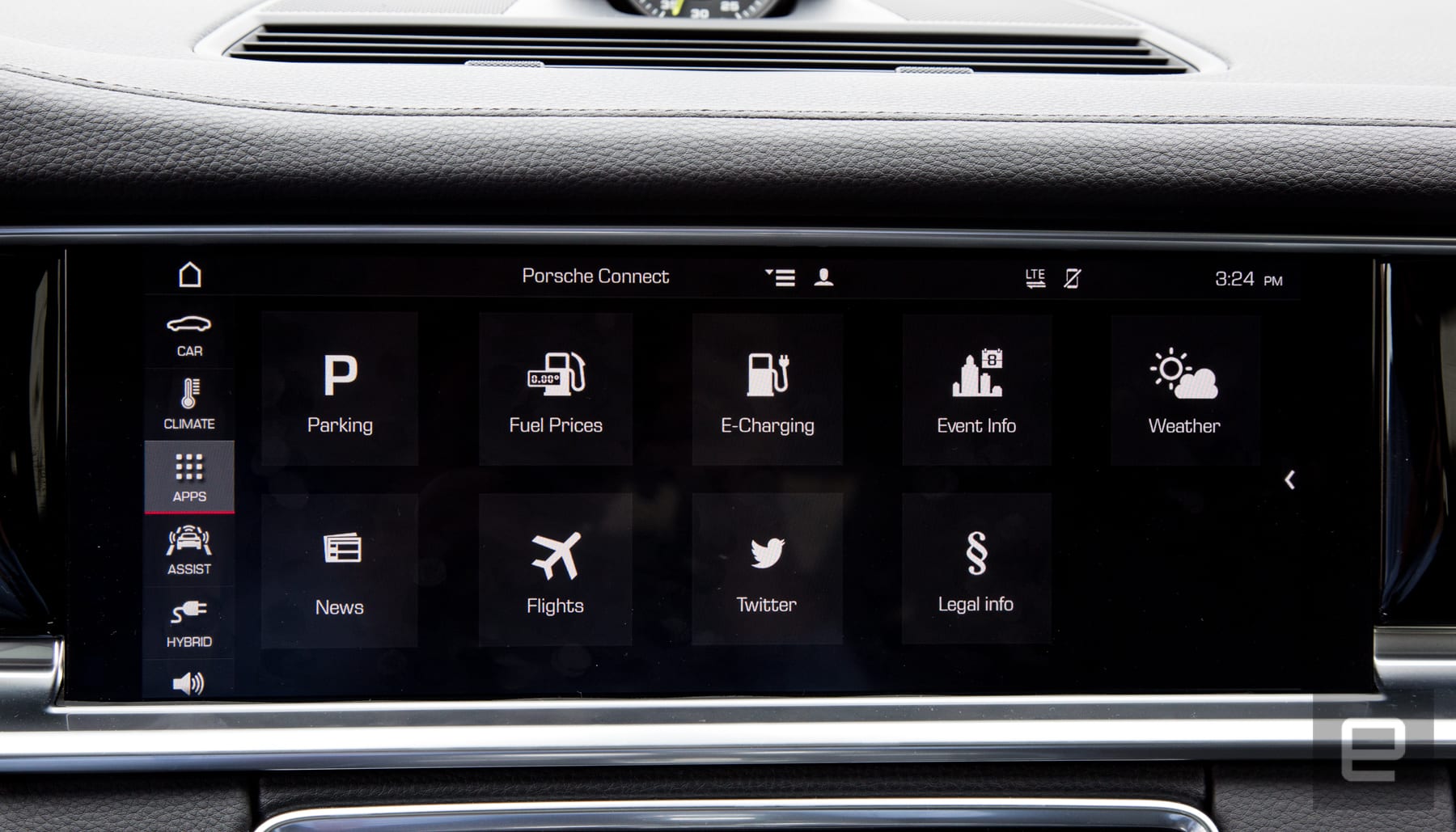 Upfront, Porsche's PCM infotainment system is housed in a 12.3 touchscreen panel that's a beaut. The interface is unique and highly customizable which I'm a fan of. The home screen panels can be set to whatever feature is important to you. So if you only care about quick access to the hybrid system, navigation, a clock and CarPlay that can be your home screen -- just drag and drop the elements in the editor.

One feature I really enjoyed was when you reach for the infotainment system, additional options appear on the left-hand-side for whatever feature is on the screen at that moment. So if you're on the navigation page, as you reach over, elements appear to set the destination (among other options). It's a small thing, but it shows how much care Porsche took while creating the system.

In addition to onscreen buttons, Porsche added physical buttons at the foot of the display for each major screen. So you can build muscle memory to select the hybrid screen or navigation screen and keep your eyes on the road. Also, while most of the climate controls are on the touchscreen, the main temperature, fan control and AC buttons are actual physical buttons. It's a good compromise, in my opinion, for those of us that still want tactile items in vehicles with the expanded abilities of digitization added in.

In all, I'm a fan of PCM. I did have issues with the widget that appears from the right-hand-side of the screen. It's helpful while using CarPlay because it fills in dead space, but on a few occasions, it actually got in the way of buttons I needed to tap. For example, I was adding a point to a route and the button to set that in motion was behind the widget. It took me a bit to realize why I couldn't do what I wanted.

Also, while the interior and feature set are on par with Porsche luxury and its price tag is north of $100,000, it felt odd not to have a 360-degree camera view while parking the car. The ultrasonic sensors and graphic representation of how close the car is to an object is great, but so many other luxury brands have gone the way of the overhead view it feels like it's missing from the Panamera. 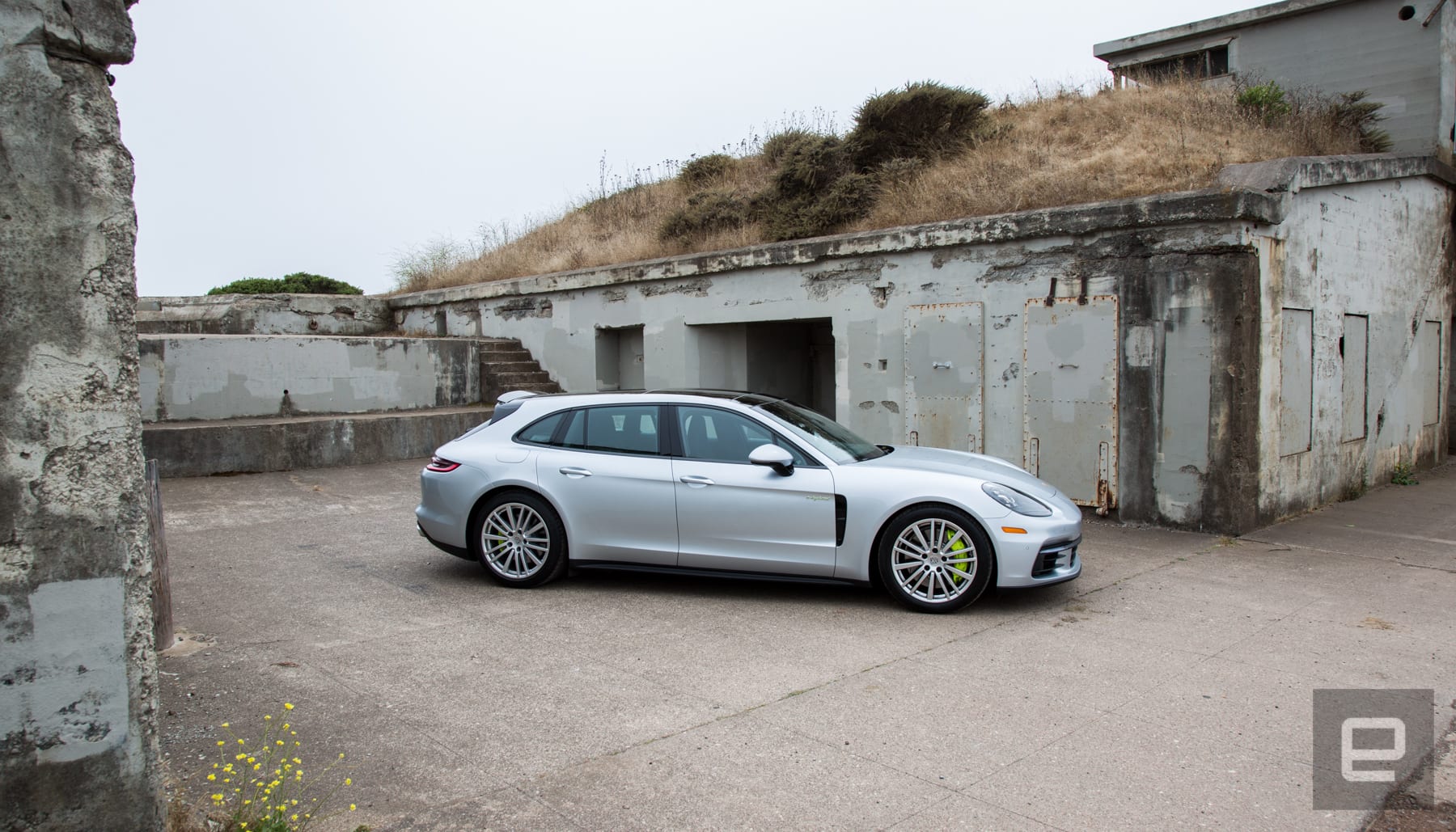 At the end of the day, if you're driving this car, you're going to be happy. Yes, it's not the 911 you thought you would own when you got older and had the cash. But remember, you love your children. And you know what, they probably love it when you take the long way home through the mountains to help recharge that battery. It's the family Porsche for the family that's in a really big hurry.