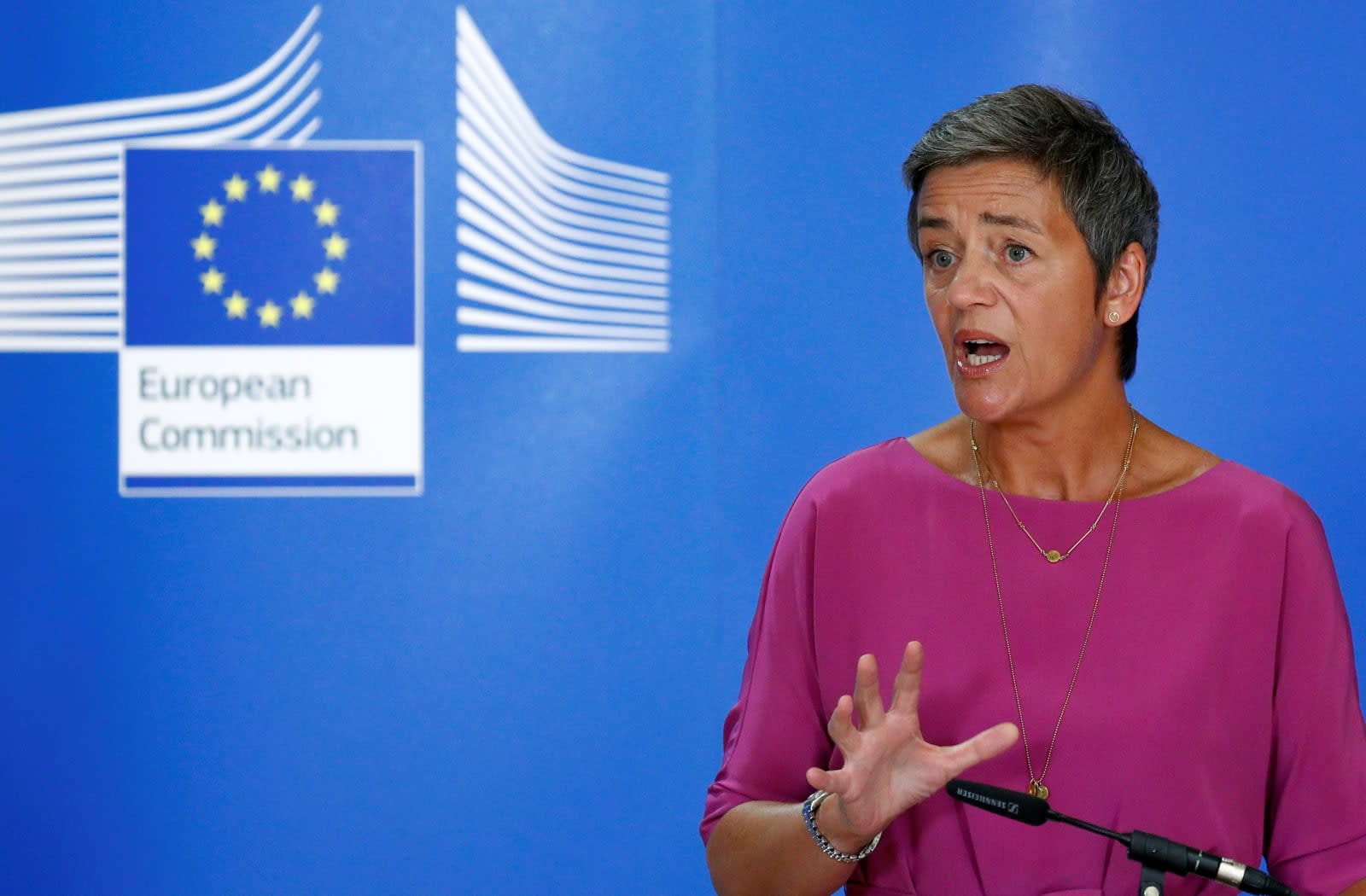 Days ago, the EU Commission fined Google a record-setting €4.3 billion ($5 billion) for antitrust violations. Now it's handed down a combined €111 million in fines to four electronics manufacturers for fixing online resale prices for their devices and appliances, which is a breach of European Union competition laws.

Asus, Denon & Marantz, Philips and Pioneer had restricted the ability of online retailers to set lower prices for those companies' products. If online sellers didn't follow the suggested cost, they faced threats or sanctions from the manufacturers, according to an EU Commission press release. The electronics companies allegedly used sophisticated monitoring tools to track resale prices and swoop in quickly if they detected decreases. In effect, this system led to pricier appliances and devices than consumers would otherwise encounter.

"The online commerce market is growing rapidly and is now worth over 500 billion euros in Europe every year. More than half of Europeans now shop online. As a result of the actions taken by these four companies, millions of European consumers faced higher prices for kitchen appliances, hair dryers, notebook computers, headphones and many other products. This is illegal under EU antitrust rules," Commissioner Margrethe Vestager, in charge of competition policy, said in the press release. "Our decisions today show that EU competition rules serve to protect consumers where companies stand in the way of more price competition and better choice."

Most of these offenses occurred between 2011 and 2015, and all four companies cooperated with the EU, which reduced their fines by either 40 or 50 percent per manufacturer. Asus got the heaviest at over €63.5 million, while Denon & Marantz was hit with just above €7.7 million.

In this article: Asus, business, denon&marantz, EuCommission, fines, philips, Pioneer
All products recommended by Engadget are selected by our editorial team, independent of our parent company. Some of our stories include affiliate links. If you buy something through one of these links, we may earn an affiliate commission.