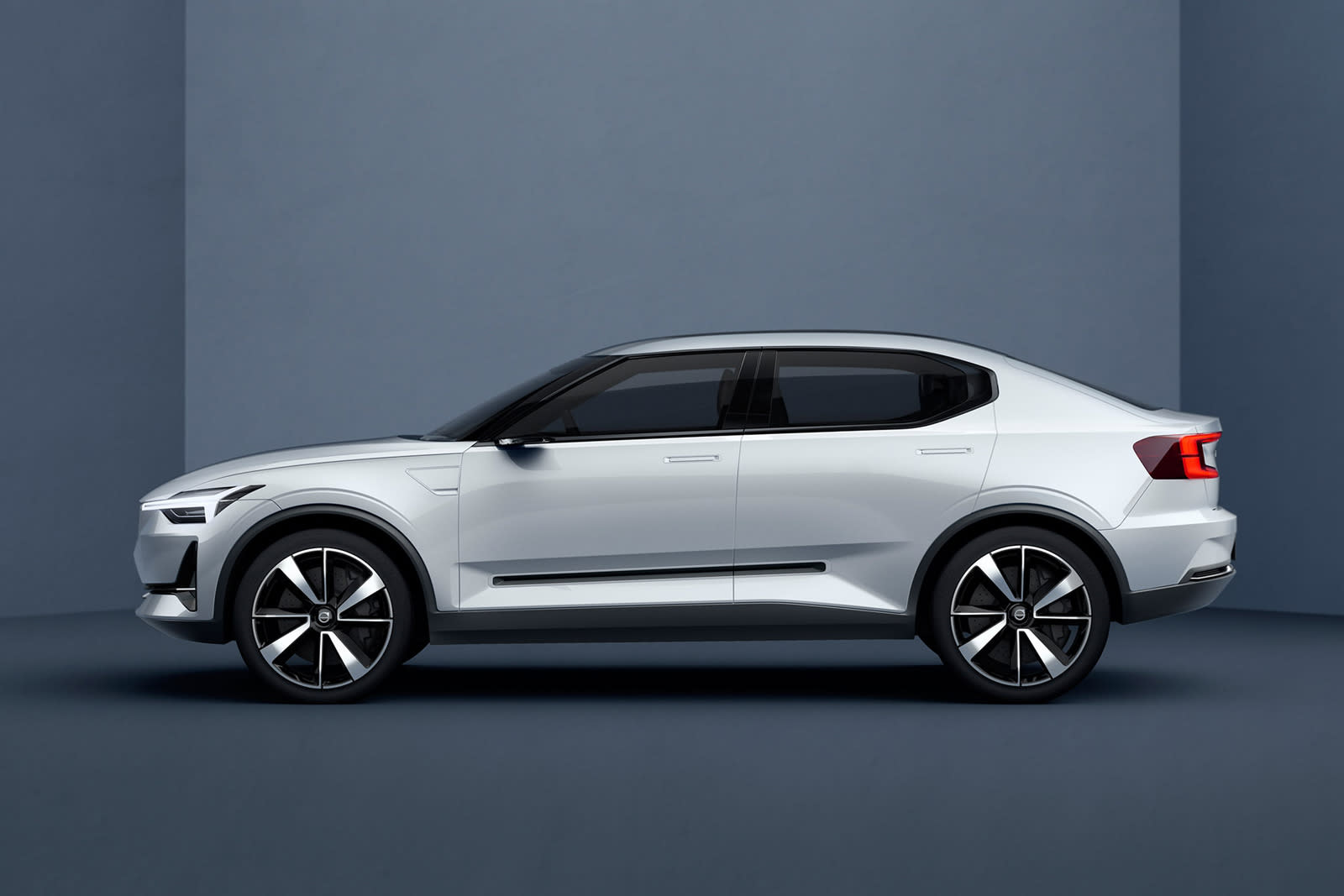 Now that Polestar's first car (and its only hybrid car) is out the door, what's it going to do for the purely electric follow-up? Give Tesla's Model 3 a run for the money, apparently. Chief operating officer Jonathan Goodman told Autocar in a recent interview that the Polestar 2 would have the kind of performance and pricing that might have some Model 3 buyers reconsidering their life choices. The upcoming EV would cost between £30,000 to £50,000 (about $39,400 to $65,700) with as much as 400 brake horsepower and a 350-mile range. And that last figure is for the starter model -- you wouldn't have to pay a premium for long-distance driving like you do for its Tesla rival.

The 2 is poised to make its debut at the 2019 Geneva Motor Show in March, and is expected to share a lot in common with Volvo's 40.2 concept (pictured above). It wouldn't be as exotic-looking as the Polestar 1, but that's part of the point. Goodman rejected the idea that EVs had to be "quirky or futuristic" -- if they're eventually going to be mainstream, they have to look like (relatively) ordinary cars.

This doesn't necessarily put Tesla in immediate danger. It's expected to deliver its fabled $35,000 Model 3 variant within several months, and it has the luxury of both an enthusiastic fan base and hundreds of thousands of pre-orders. Nonetheless, it has good cause to be nervous. Polestar not only has competitive specs, but the luxury of support from a long-serving automotive brand. It doesn't have to worry as much about economies of scale or manufacturing challenges, and that could help it lure customers who want Model 3-like abilities without necessarily buying a Model 3.

In this article: electriccar, electricvehicle, ev, gear, geely, polestar, polestar2, transportation, volvo
All products recommended by Engadget are selected by our editorial team, independent of our parent company. Some of our stories include affiliate links. If you buy something through one of these links, we may earn an affiliate commission.