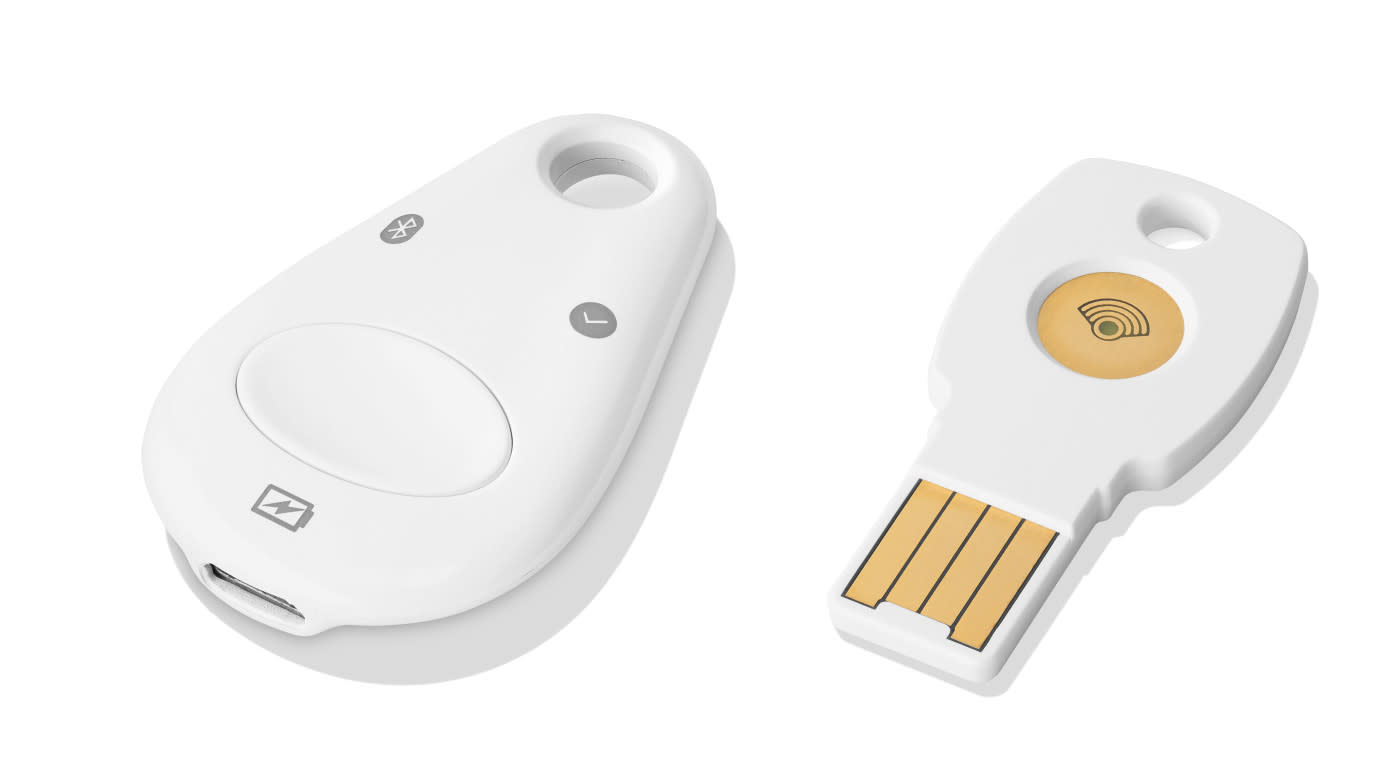 Yesterday, Google revealed that it completely cut phishing attacks against more than 85,000 employees by making them use hardware security keys. They're small USB drive-sized devices that handle online logins, and they're proven to be even more secure than other two-factor authentication methods. Today, Google announced that its workers were actually testing the company's own security devices, the Titan Key. They'll compete directly with similar products from Yubikey, which Google has been recommending for years.

The Titan Key will come in two FIDO-compatible versions: One that'll plug into a USB port, and another that works with Bluetooth, which lets it work with mobile devices. Since you actually have to be near your computer or phone, they don't have the risk of being intercepted, like SMS-based two-factor authentication. But of course, you'll still have to avoid losing them. We don't have pricing details yet, but Google says they're available to Google Cloud customers and will soon appear in its store.

In this article: gadgetry, gadgets, gear, google, hardwaresecuritykey, security, TitanKey
All products recommended by Engadget are selected by our editorial team, independent of our parent company. Some of our stories include affiliate links. If you buy something through one of these links, we may earn an affiliate commission.