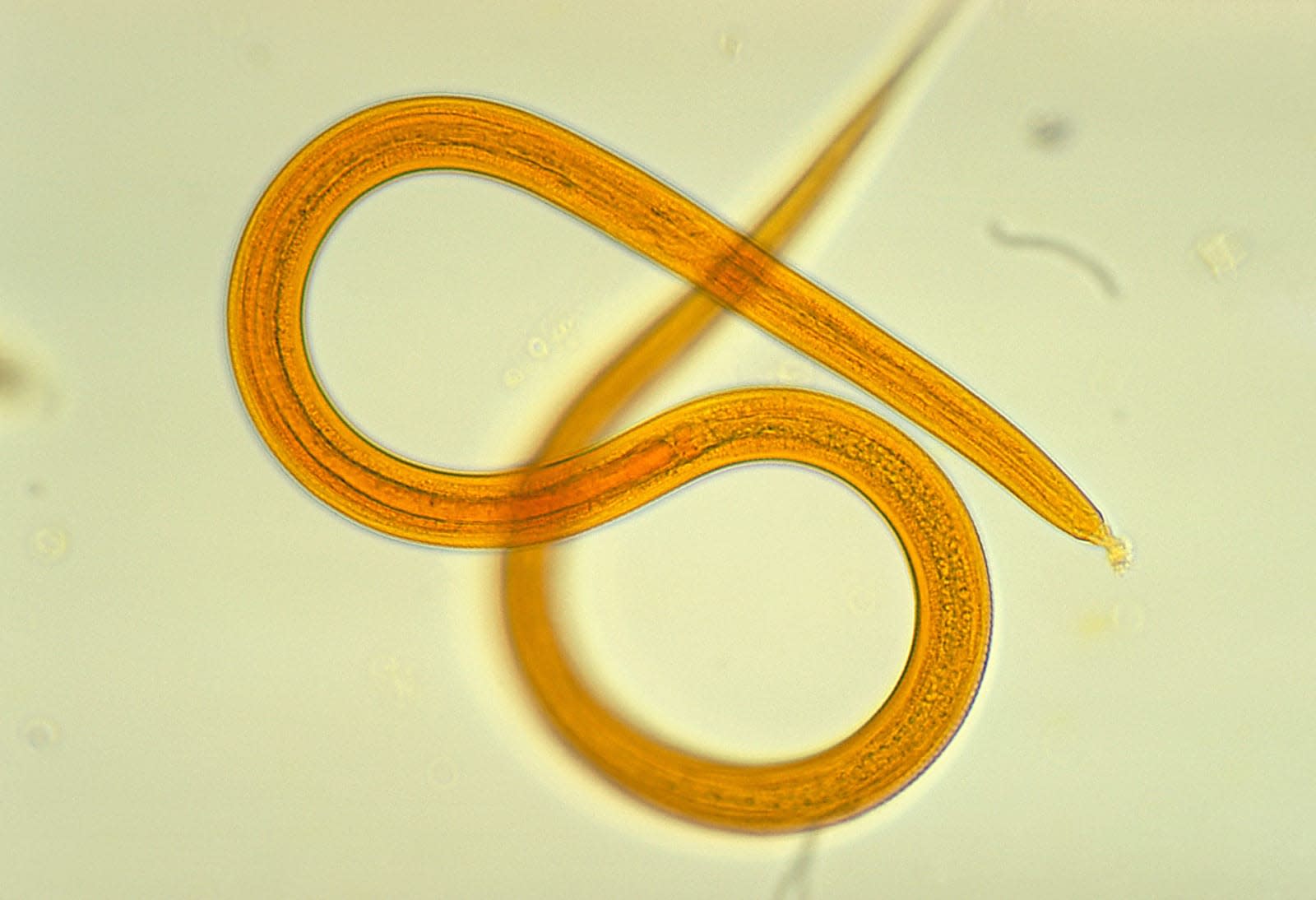 A group of scientists in Russia claim to have revived a pair of frozen nematodes, or roundworms, that were between 30,000 and 42,000 years old. One of the specimens was found in a soil sample collected from a ground squirrel burrow located around 100 feet underground, and other burrows nearby have been radiocarbon dated to be around 32,000 years old. A second viable nematode was found in a permafrost sample approximately 41,700 years old collected around 11 feet below the surface.

The samples were stored in a laboratory at around -4 degrees Fahrenheit. Isolated nematodes were then later brought up to 68 degrees and surrounded by food. After several weeks of cultivation, the nematodes began showing signs of life and reportedly began moving and eating. "Thus, our data demonstrate the ability of multicellular organisms to survive long-term (tens of thousands of years) cryobiosis under the conditions of natural cryoconservation," the researchers said in a study published in Doklady Biological Sciences.

While other studies have shown that some species of nematodes can survive extreme environments -- such as 25.5 years in below-freezing temperatures and 39 years of dessication -- this study appears to be the first to demonstrate nematode survival after such an extreme length of time.

"Theoretically, it is possible that if the organisms are protected from physical damage that would compromise their structural integrity during their frozen internment, they should be able to revive upon thawing/rehydration for very long periods of time," Robin Giblin-Davis, director of the University of Florida's Fort Lauderdale Research and Education Center, told Gizmodo. But there's still a chance these nematodes aren't what they seem. "The biggest issue is the potential for contamination of 'ancient samples' with 'contemporary' organisms," he added.

The researchers say they maintained proper sterility procedures during the collection and transportation of their samples and noted that seasonal thawing wouldn't have reached the depths at which these nematodes were found, severely limiting sample movement or the introduction of present-day nematodes. If these findings are legitimate, they could help researchers understand how some species survive such extreme temperatures and how these particular nematodes have evolved over time.

In this article: ExtremeTemperatures, frozen, gear, medicine, nematode, research, roundworms
All products recommended by Engadget are selected by our editorial team, independent of our parent company. Some of our stories include affiliate links. If you buy something through one of these links, we may earn an affiliate commission.