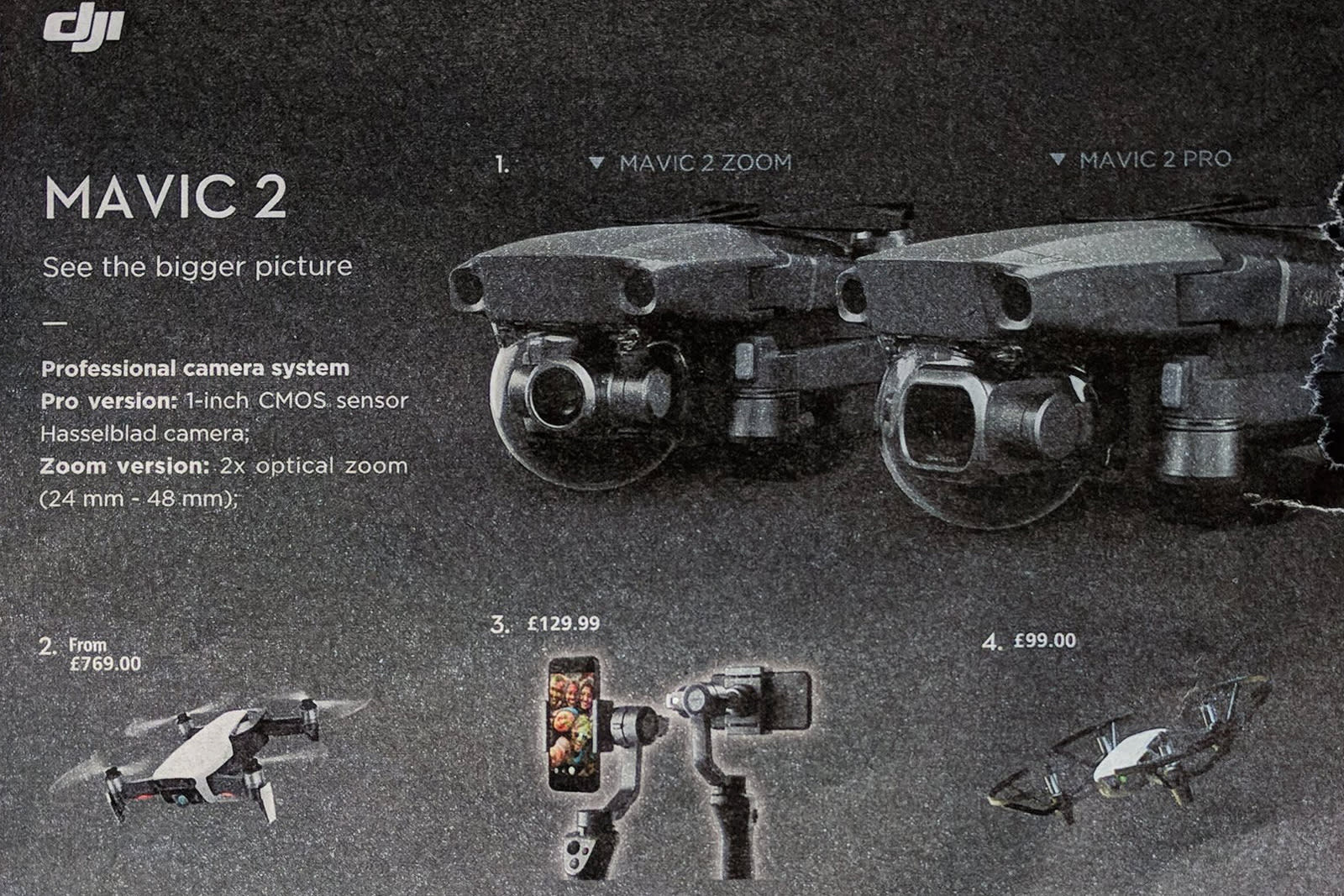 What little mystery surrounded DJI's upcoming Mavic 2 drone appears to have evaporated. Numerous UK residents have noticed that the latest Argos catalog includes a prominent ad for the Mavic 2 that reveals just about everything, including some clarifications on past leaks. It doesn't appear to have a removable gimbal, alas. Instead, there will be separate Mavic 2 Pro and Mavic 2 Zoom models tailored to specific needs. The 'regular' Zoom model would include a 2X optical zoom lens for aerial close-ups, while the Pro would pack a Hasselblad camera with a 1-inch sensor and no zoom. You'd have to decide whether quality or flexibility is your main focus.

Other details? The listing confirms 360-degree collision awareness (here described as "omnidirectional obstacle sensing"), a brisk 45MPH top speed and a 31-minute flight time comparable to the Mavic Pro Platinum. There's no mention of the video recording quality (presumably 4K), although the drones would transmit live 1080p video at distances of up to five miles. And pricing remains a mystery. It could come in around the existing Mavic Pro price range of $999 to $1,099, but that's far from guaranteed.

Just when the Mavic 2 line would show up is another story. DJI has indefinitely postponed a launch event that was supposed to take place on July 18th, and there's clearly been nothing since then. The mere presence of the drone in the catalog doesn't ensure that a launch is around the corner, either. You may still be waiting a while as a result -- you'll just have a decent idea of what to expect whenever the Mavic 2 does arrive.

In this article: cameras, dji, drone, gear, mavic2, mavic2pro, mavic2zoom, robots
All products recommended by Engadget are selected by our editorial team, independent of our parent company. Some of our stories include affiliate links. If you buy something through one of these links, we may earn an affiliate commission.