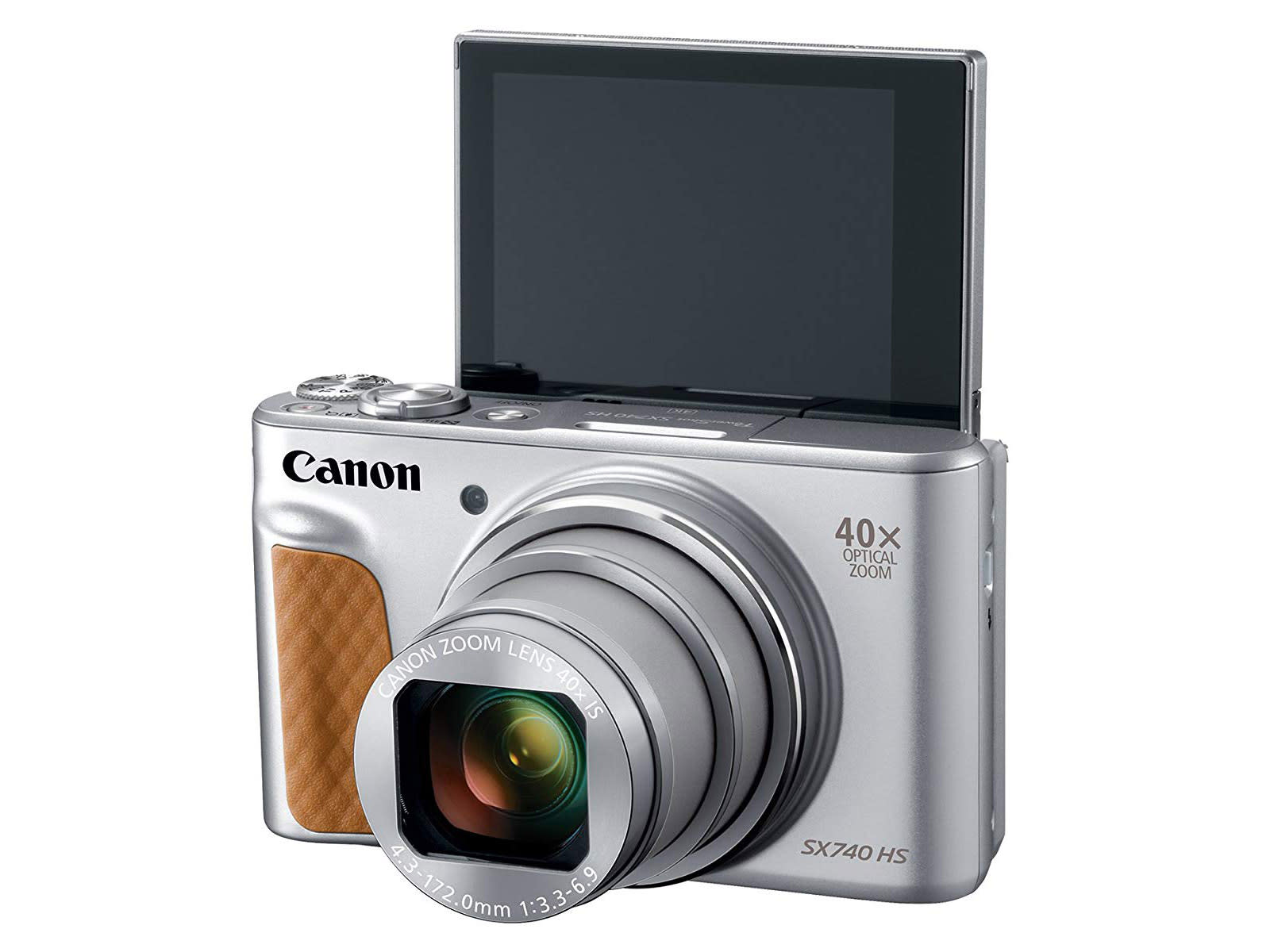 With stellar cameras on smartphone models like Huawei's P20 Pro, the end seems nigh for point-and-shoot cameras. Canon hasn't given up on the category yet though, as it's just unveiled the compact PowerShoot SX740 HS, a spiffed-up version of last year's SX730. The new model is a dead ringer for the last one, and has the same 24-960mm equivalent (40x) lens, 20.3-megapixel sensor and pop-up flipable rear screen. However, with a new a Digic 8 processor, it can shoot photos at a speedier 7.4 fps, and video at 4K 30 fps instead of just 1080p.

As before, you can charge it over USB and automatically transfer photos to your smartphone via WiFi or Bluetooth tech. It also has a "feature assistant" that helps you select the best shooting mode, along with dual-sensing optical image stabilization. The PowerShoot SX740HS arrives to the US in August 2018 (in silver or black) for $399.

In this article: 4K, cameras, canon, CompactCamera, Digic8, gear, PointAndShoot, SX740HS, UHD
All products recommended by Engadget are selected by our editorial team, independent of our parent company. Some of our stories include affiliate links. If you buy something through one of these links, we may earn an affiliate commission.