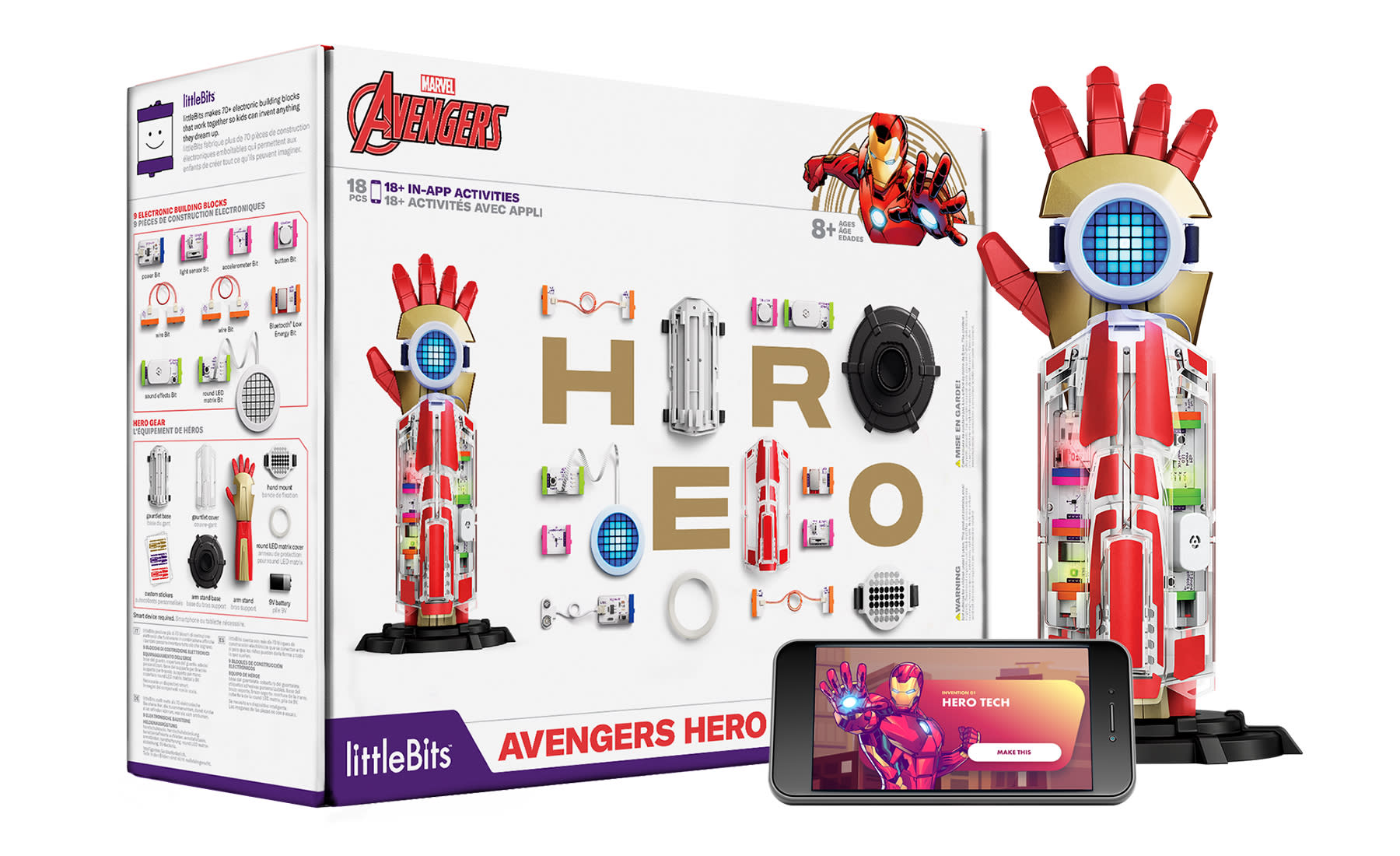 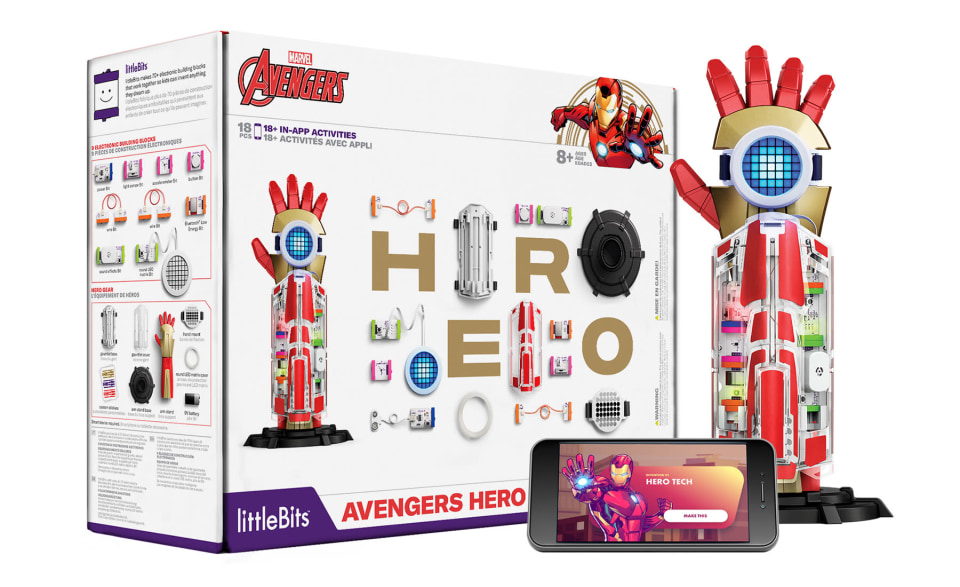 LittleBits is back with another kit designed to teach kids about electronics and coding. Following Infinity War and Ant-Man and the Wasp, the startup has partnered with Marvel on an Avengers-themed gauntlet set. It ships with nine colorful 'bits,' which are fully compatible with every other Lego-like module LittleBit has released to date. As with previous kits, they're color-coded by function -- the light sensor, for instance, is pink (input) while the circular LED matrix is green (output). They all snap together magnetically and can be placed inside a superhero-inspired sleeve. The packaging shows a red and gold hand inspired by Iron Man. It does come with the set, but you can't put it on -- it's merely a stand for the smaller, see-through piece that attaches to your lower arm. The kit does, however, come with some colorful stickers that you can place on a transparent gauntlet cover. There are also plenty of slots where creative parents and kids can insert cardboard and soda bottle props. It means that with a little imagination, the set can be for Black Panther, Captain Marvel, or any make-believe superhero that the child has dreamt up in their head.

The Avengers Hero Inventor Kit comes with more than 18 activities that are explained through a companion app. They focus on specific bits and are themed around appropriate characters from the Marvel Cinematic Universe. Ant-Man and the Wasp, for instance, will teach you about speed and movement with the accelerometer. Hulk's challenges are based on sound, while Iron Man focuses on the LED matrix. Black Widow, meanwhile, will teach you some stealthy inventions, such as a light that turns on automatically in the dark. The final challenges, delivered by Black Panther and his genius sister Shuri, cover some light coding theory. The gauntlet is the second movie-inspired set from LittleBits. Last year, the company released a Star Wars-themed Droid kit that, following an update in June, could be programmed to move around, avoid obstacles and deliver secret messages. In the past, the company has teamed up with Korg too on a music synthesiser bundle. These partnerships are critical as they allow the company to reach new customers who might not have tried, or heard of LittleBits before. The company emphasized, though, that it's still interested in developing original kits too, such as its $40 'Hall of Fame' kits.

You can pre-order the Avengers Hero Inventor Kit now for $149.99. It will be available in in the US, Canada, Germany, the UK, Spain, France, Italy, Australia, and New Zealand, and will start shipping on August 24th.

In this article: Avengers, Coding, CodingKit, Electronics, entertainment, gadgetry, gadgets, gear, IronMan, Littlebits, Marvel, STEM
All products recommended by Engadget are selected by our editorial team, independent of our parent company. Some of our stories include affiliate links. If you buy something through one of these links, we may earn an affiliate commission.