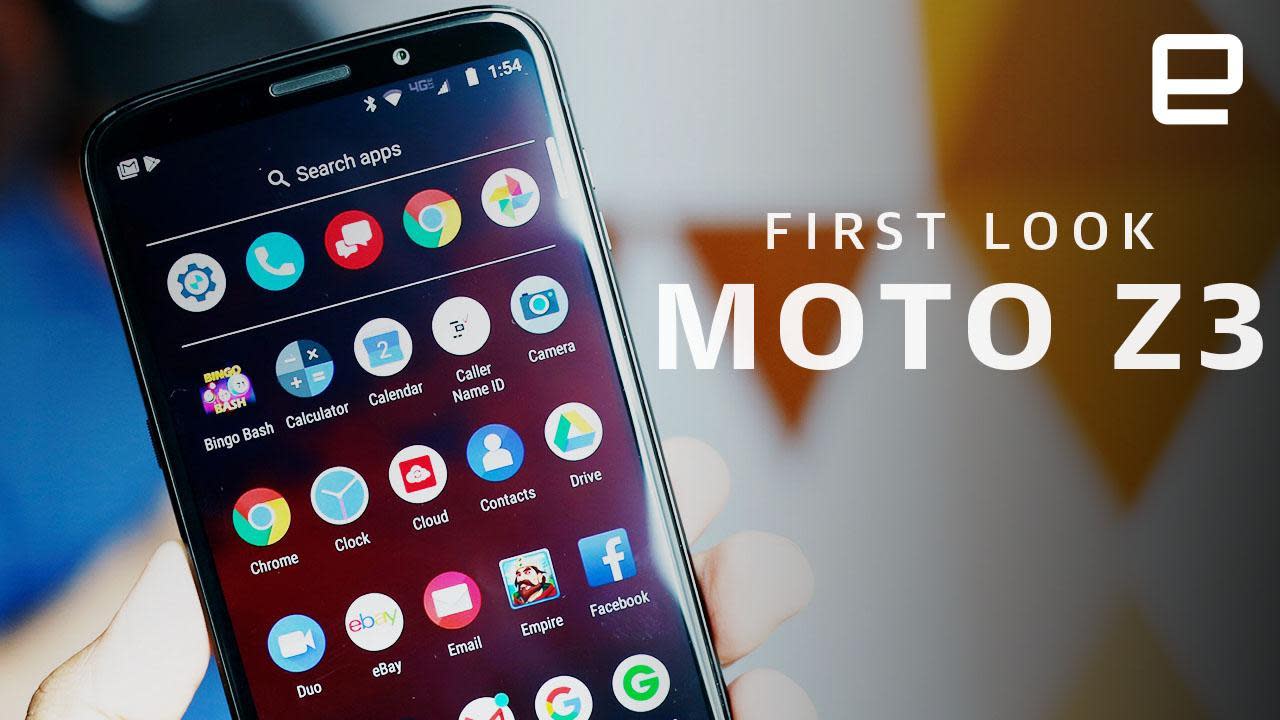 We're not sure that Moto's Mods were the game-changers they were intended to be, but that hasn't stopped Motorola from making one more modular smartphone. The Lenovo subsidiary just unveiled the new Moto Z3 at its Chicago headquarters, and there are a few things worth noting right off the bat.

For one, it's not exactly a flagship: it's a Verizon exclusive, it packs last year's Snapdragon 835 chipset and will only set Big Red's customers back $480. More importantly, it (and every other Mod compatible device) will also work with the company's new 5G Moto Mod -- it's finally official, but we don't know much it'll cost when it launches in early 2019. 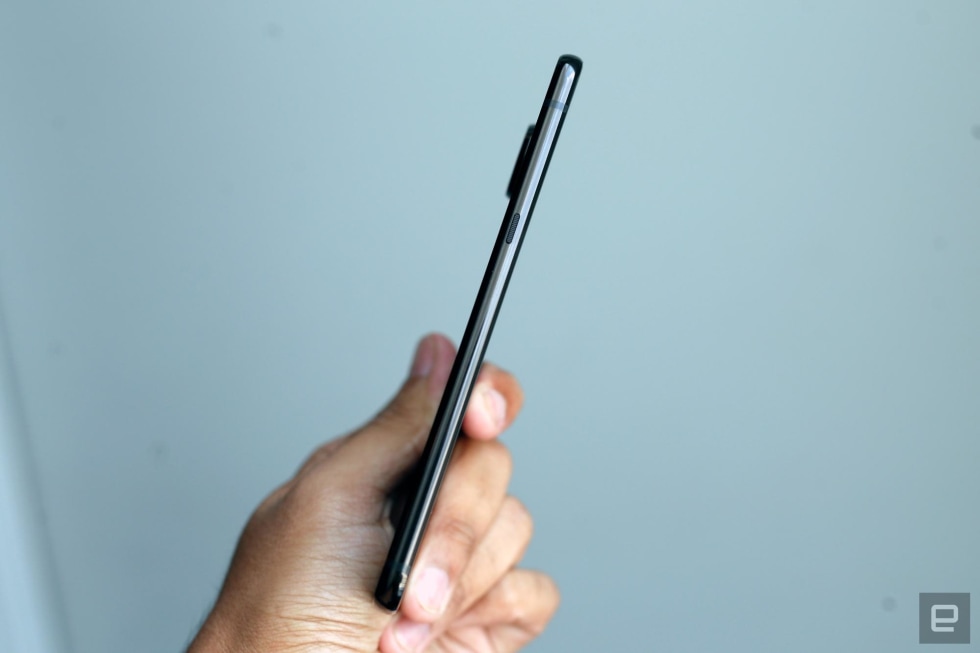 We'll get more detail on the 5G Mod shortly, but for now, here's what we know: it relies on one of Qualcomm's X50 modems to provide data speeds as high as 5Gb/s, and it packs a 2,000mAh to prevent those high-octane data sessions run your screen-on time into the ground. And while you'll be able to physically attach the Moto Mod to earlier generation Moto Z devices, they won't actually be able to tap into the network's full 5G potential because of the aging hardware in those phones. That said, you'll still get improved LTE performance because the Mod also packs an X24 LTE modem that should handily outperform the modems used by older Moto phones. Now, let's dig into the phone. I played with one very briefly in the heart of Motorola's Chicago HQ and, well, it looks and feels almost exactly like the Moto Z3 Play we tried out earlier this year. Its slim, sleek design and its 6-inch, Max Vision AMOLED screen running at 2160 x 1080, were lifted from that earlier device wholesale, and it uses the same 3,000mAh battery as this year's Play model. (No word on whether or not it will also come with a free battery Mod.)

That said, there are some differences to be aware of here. The Z3 uses a 12-megapixel dual camera with RGB and monochrome sensors, rather than 12 and 5-megapixel sensors in the Z3 Play. (It still juts out prominently from the body, though.) More importantly, there's a faster processor running the show here: it's one of last year's Snapdragon 835 chipsets, paired with 4GB of RAM and 64GB of internal storage. I'll never complain about a little extra horsepower in a smartphone, but 5G potential aside, this seems like a fairly tepid update. Then again, the phone's price tag sits at the high end of the mid-range scale, so the Z3 just might make sense for some people.

It doesn't, however, make sense for the terminally clumsy. Remember: in years past, Motorola paired a lower-end Z Play model with a rugged, high-performance Z Force smartphone. This year, there is no Force -- the Z3 lacks its predecessor's ShatterShield, which was perhaps the biggest reason to invest in one of Motorola's high-end smartphones. Apparently, Motorola felt like the blend of affordable, almost-flagship performance and 5G "upgradeability" was more in line with what people really want than a phone that's really hard to break. That's a fair argument, but a phone that embodied all of those features would be an even more compelling sell, right?

In this article: 5g, gear, handson, lenovo, mobile, motomod, motorola, motoz, motoz3, verizon
All products recommended by Engadget are selected by our editorial team, independent of our parent company. Some of our stories include affiliate links. If you buy something through one of these links, we may earn an affiliate commission.