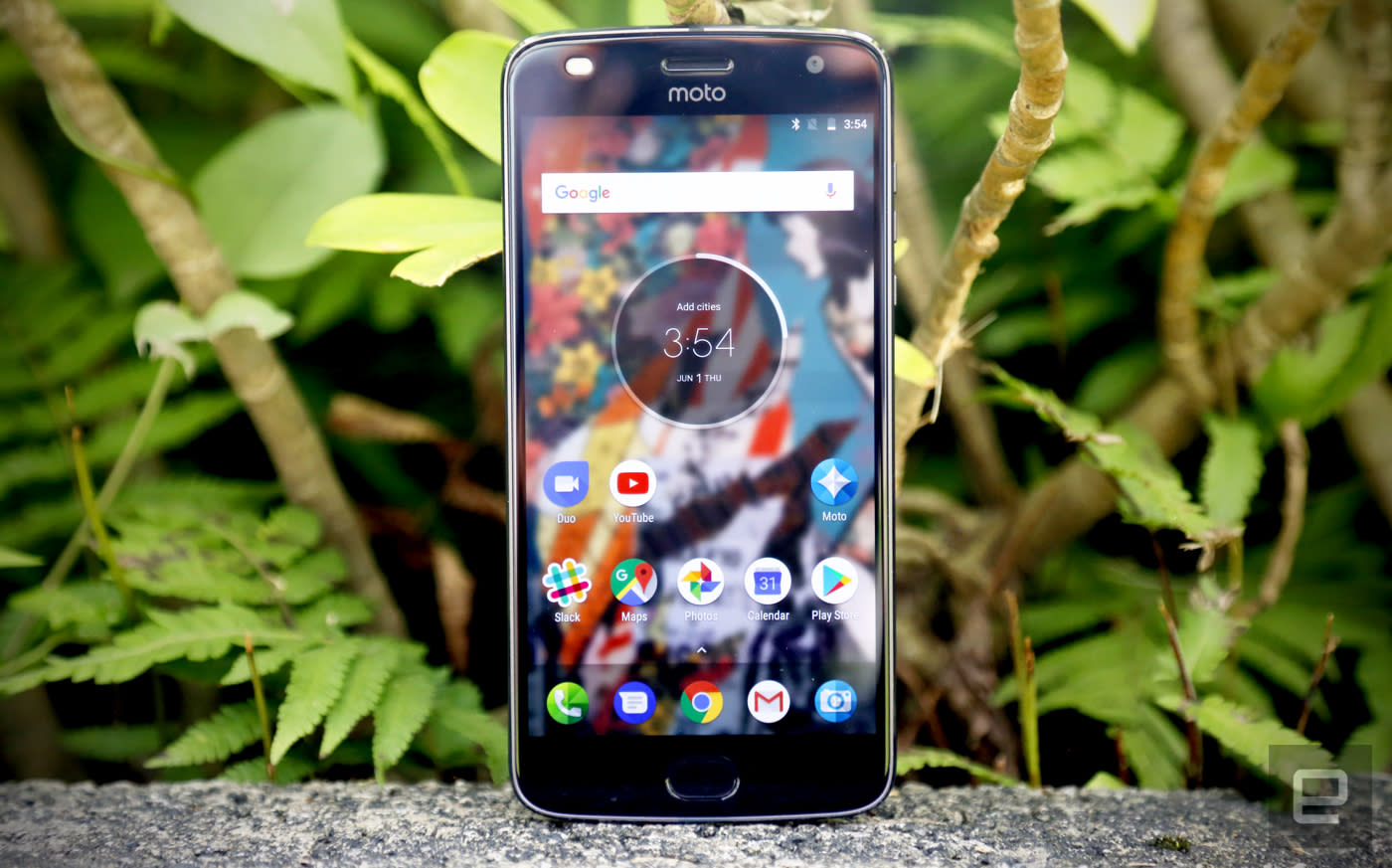 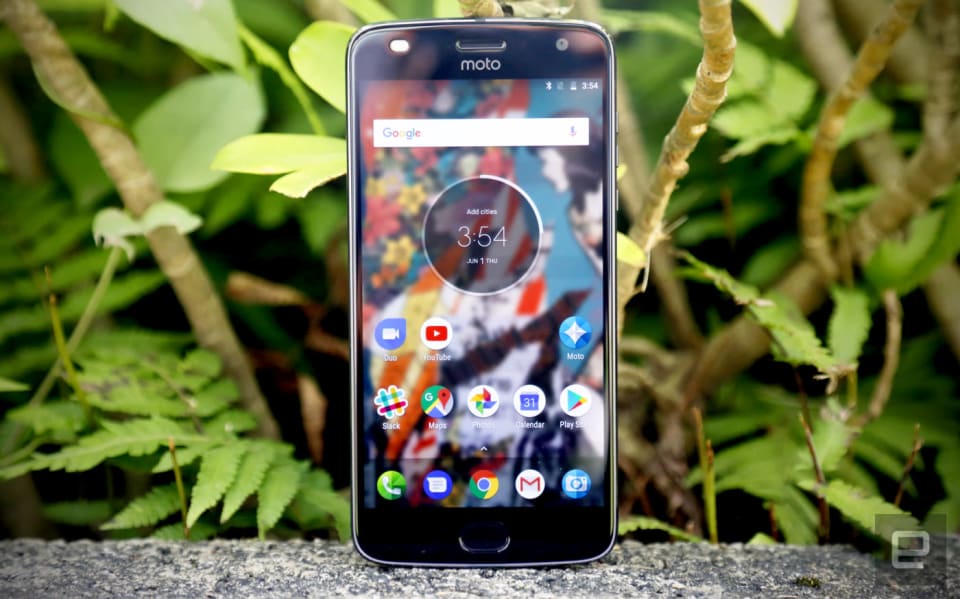 Motorola's first Z-series smartphones were as impressive as they were divisive. Remember, the Z was insanely thin, the Z Force was nearly indestructible and both could be augmented with Moto Mods, but they were among the first devices to completely give up on the headphone jack. Then came the Moto Z Play, which felt like a more sensible spin on the Z formula: It wasn't quite as fast, but it was cheaper, still modular, and ushered in the return of that classic audio port. Is it any surprise that Motorola wanted to build a sequel?

Motorola formally announced the Moto Z2 Play today, a $499 refresh of a phone that was almost shockingly good the first time around. Our full review is still in the works (thanks, Computex) but so far it's been a remarkably capable performer. For better or worse, though, it has the potential to shake up the Z line as we know it.

Before we dive into that, we need to check out the basics. The Moto Z2 Play should feel familiar to current Moto Z owners, as it's a hair thicker: just under 6mm thick, compared to the Z's 5.2mm waistline. Both also pack 5.5-inch Super AMOLED screens, though the Z2 Play's panel only runs at 1080p. Fortunately, this display has been very easy to read, even under the smoldering Taipei sun. And the standard headphone jack is here, even though the device is incredibly thin. In fact, some people might find it a little too thin, but I actually kind of love this design. Even better, Motorola seems to be done with the smudge-prone glass seen on last year's Zs; the Z2 Play has a sleek, fully metal body.

Inside, there's an octa-core Qualcomm Snapdragon 626 chipset and either 3GB or 4GB of RAM, depending on where you buy the phone. The new chipset provides offers a more than modest boost in performance over the original Z Play, but don't get your hopes up: It's a long way from flagship territory. I loaded up a few high-end games like Afterpulse and Telltale Games' Guardians of the Galaxy, and both were terribly choppy. So far the Z2 Play feels like a perfectly adequate machine for all the Slacking and Telegramming and emailing we've been doing here at Computex, but you'd do well to keep your performance expectations in check. After all, Play handsets were never known for being powerhouses. 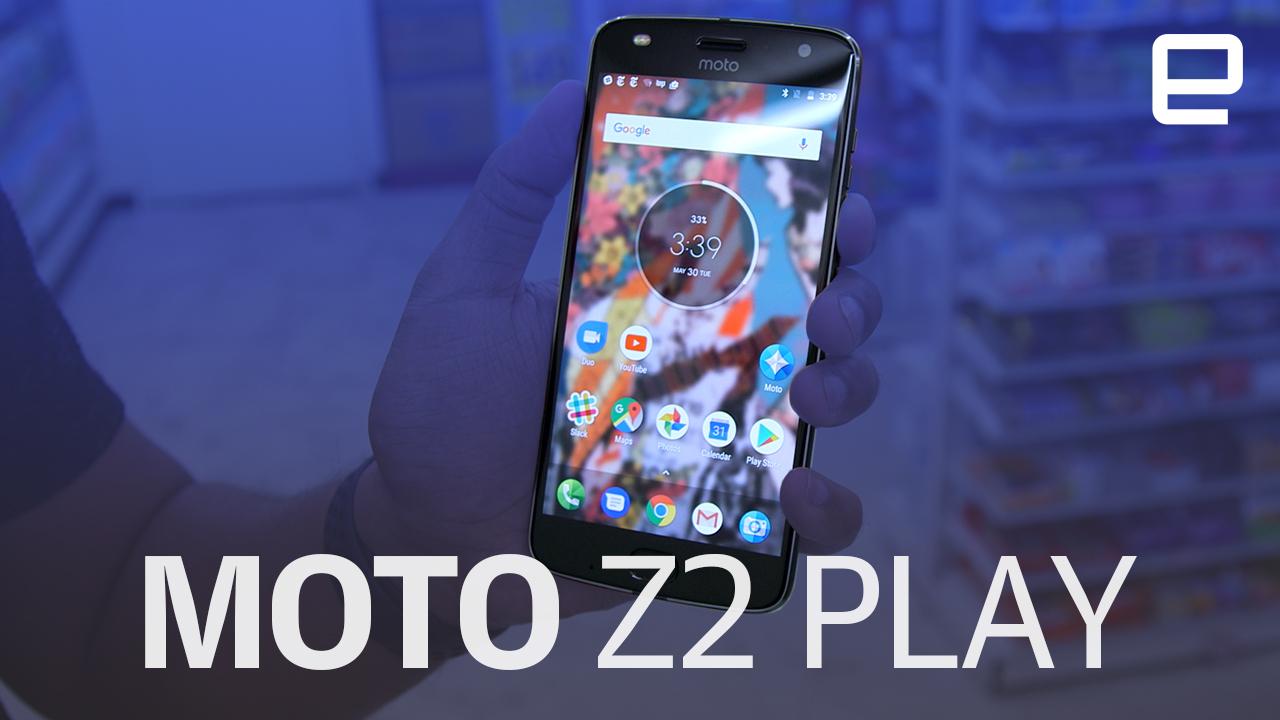 Beyond that, there's a surprisingly fast 12-megapixel camera around back. Most of the test shots I've taken so far have turned out well, with crisp detail and accurate colors, but this seemingly decent performance comes at a cost: The camera module dramatically juts out of the phone's back. I've used the Moto Z series for a while now, though, so the hump barely registers anymore.

The Z2 Play runs the latest version of Android Nougat, and you can talk to Google's Assistant whenever you need a fact check. Moto also cooked up a new approach of its own. Just say "Show me my calendar" or "show me my settings" and the phone will respond, usually by giving you an icon you can slide down to access your info. Sometimes it's quicker to respond than Google Assistant, and other times I'm left wondering why we have two different approaches for a set of similar problems. Don't get me wrong: Moto's idea is clever and well-executed. I'm just not sure if it's worth using over Google Assistant all the time yet. All of your Moto Mods still work here, too, and Motorola has a few new ones, like an updated JBL speaker and the gamepad the company teased at its MWC press conference. (The latter isn't quite done yet, and frankly needs a bit of work.) There's also a like a Turbo-charging battery pack that's meant for super-fast recharges, which is more important than you might think. See, the single best reason to buy last year's Moto Z Play was its awesome battery life, but this year's model doesn't stack up as well because of its smaller 3,000mAh cell. Don't get me wrong: It's not terrible by any stretch. It's just a far cry from the truly excellent battery life we saw last year.

It's no wonder why the battery had to take a hit: The Z2 Play is much, much thinner than the model it replaces. With that being the case, I doubt that Motorola plans to do another standard Moto Z this year. After all, the Z Force was the Moto I recommended last year; the only advantage the regular Z had over it was its incredibly slim waistline. The thing is, the Z2 Play sits in between the original Z and Z Play in a way that doesn't feel really feel as fulfilling. Sure, it's sleek -- but it also lacks the horsepower that usually made the first Moto Z such a joy to use. In any case, it won't be long until the fate of the Moto Z line is fully revealed. In the meantime, stay tuned for our full Z2 Play review.

In this article: android, applenews, gear, hands-on, mobile, modular, modularphone, Motorola, motoz, motozplay, otoz2play, smartphone, z2play
All products recommended by Engadget are selected by our editorial team, independent of our parent company. Some of our stories include affiliate links. If you buy something through one of these links, we may earn an affiliate commission.