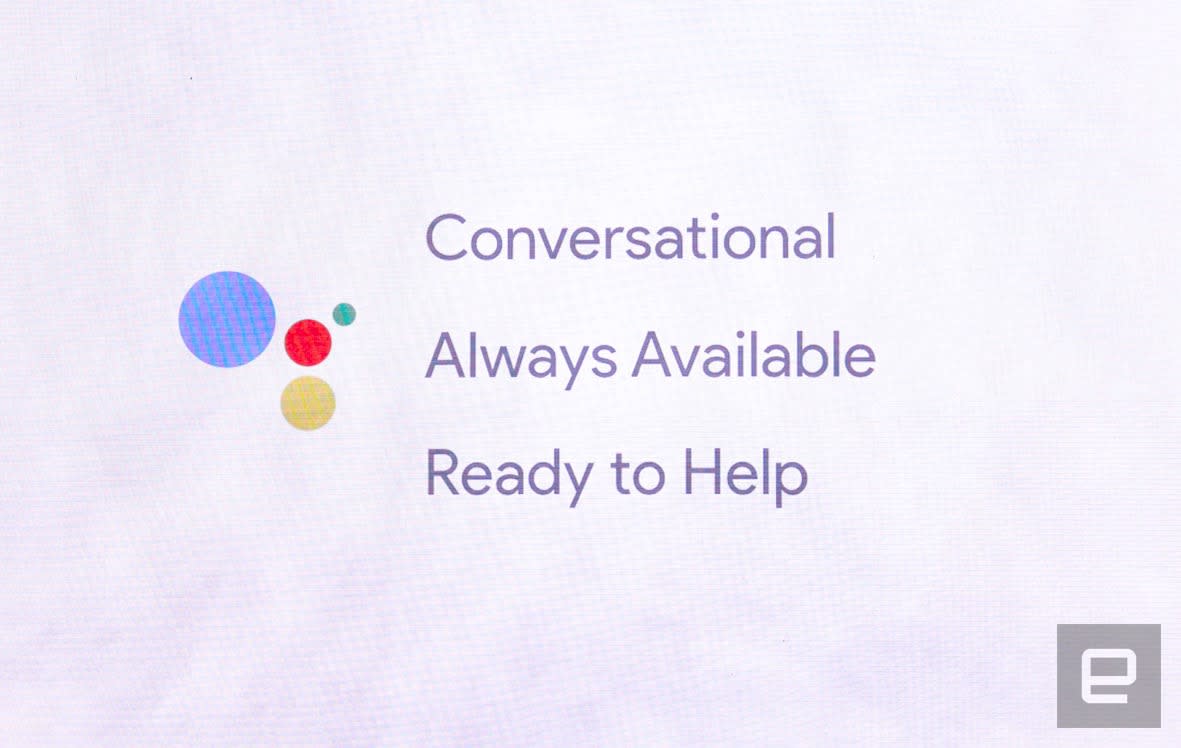 Users will soon see Google's AI Assistant in a number of new devices -- including the Apple iPhone -- the company announced at its I/O developer conference today. Assistant debuted in 2016 and was originally integrated into the company's Pixel phone and Home smart hub. It's since spread to more than 100 million individual devices, Google CEO Sundar Pichai told the crowd at this year's conference, including smart TVs, automobiles and wearables. And it's about to be in a lot more.

While Assistant already works with more than 70 smart home device makers, the company announced that it will soon release an Assistant SDK so that developers hardware manufacturers can integrate the service into even more devices -- anything from speakers to blenders, smart locks to web cameras. "The new Google Assistant SDK easily allows a manufacturer to build the Google Assistant into any hardware," Google's Scott Huffman told the crowd.

Assistant also boasts a number of new features when it arrives on those devices. Google also said that Assistant will speak four additional languages (French, German, Portuguese and Japanese) come summer and allow users to shop on third-party websites without having to install separate apps or even open a new browser window. What's more, Assistant now understands written and typed queries in addition to verbal commands so you won't have to shout orders at your phone in public anymore.

Chinese AI company, Mobvoi, also made an appearance to show off its newest Assistant-capable smart home device: the Tichome Mini. Despite not being very well known outside of China, Mobvoi is quickly becoming a key player in the Android Wear space. The company released a surprisingly decent $100 smartwatch running a custom Android-based OS last July, called the Ticwatch 2. And, just last month, teamed with VW to improve the performance of the automaker's in-car AI system.

The Tichome Mini is slated to go on sale at some point later this year, though the price and release date both remain unknown. In this article: applenews, gear, google, googleio2017, mobile
All products recommended by Engadget are selected by our editorial team, independent of our parent company. Some of our stories include affiliate links. If you buy something through one of these links, we may earn an affiliate commission.