It's more stylish than usual, but Moto didn't skimp on the substance.

It wasn't that long ago that Motorola revealed its new G-series phones, and it's already giving us yet another option to consider. This time, we're looking at the Moto Z3 Play — it's the follow-up to one of the brand's most beloved smartphones, and as you might've guessed from the name, it's fully compatible with all of Motorola's magnetic Mod accessories.

If you haven't been keeping up, here's the thing about the Z Play series: they usually show up a few months ahead of Moto's full-blown flagship device and lack the sheer speed those flashier phones offer. That said, they're much cheaper and generally have better battery life. This year, Moto's really gunning to ensure the Z3 Play lasts as long as you need it to — if you buy the phone unlocked this summer for $499, you'll find one of the company's 2,220mAh battery Mods inside the box. Giving people one of its most popular, most valuable accessories for free sure is a kind move on Motorola's part, but I have to wonder if by doing so, Moto is limiting the growth for the rest of its Mod market. 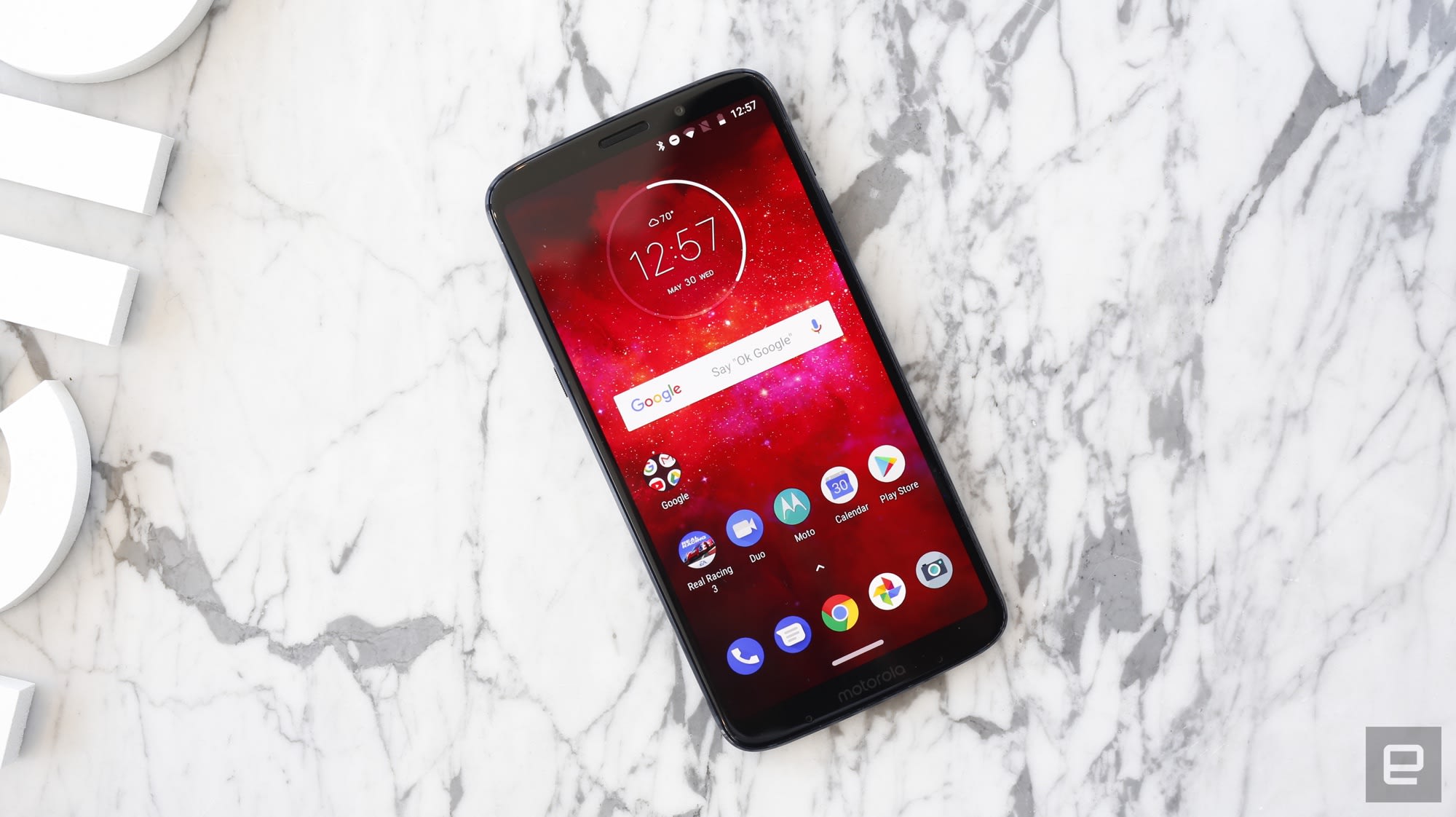 And to be clear, the free battery isn't the only reason to be excited for the Z3 Play. There's an octa-core Snapdragon 636 chipset inside clocked at 1.8GHz, along with 4GB of RAM and either 32 or 64GB of internal storage. Moto claims those upgraded internals make the Z3 Play about 30 percent faster than its predecessor, and while I couldn't test those claims on the spot, it feels about right. Jumping through all of the apps on the phone and running a few graphically pretty games someone had installed posed no problem for the Z3 Play.

It doesn't hurt that Moto — as usual — didn't bog down Android 8.1 Oreo with a lot of cruft. The usual Moto experiences are back so you'll be able to activate the camera and turn on the flashlight by whipping the phone around, but there's one last helpful addition here: gesture navigation. Swipe up on a bar at the bottom of the screen to open the app launcher, swipe left to go back, and swipe right to open your recent apps. Simple. In fact, they're so simple, I've come to prefer them over the slightly convoluted gestures currently available in the Android P beta. 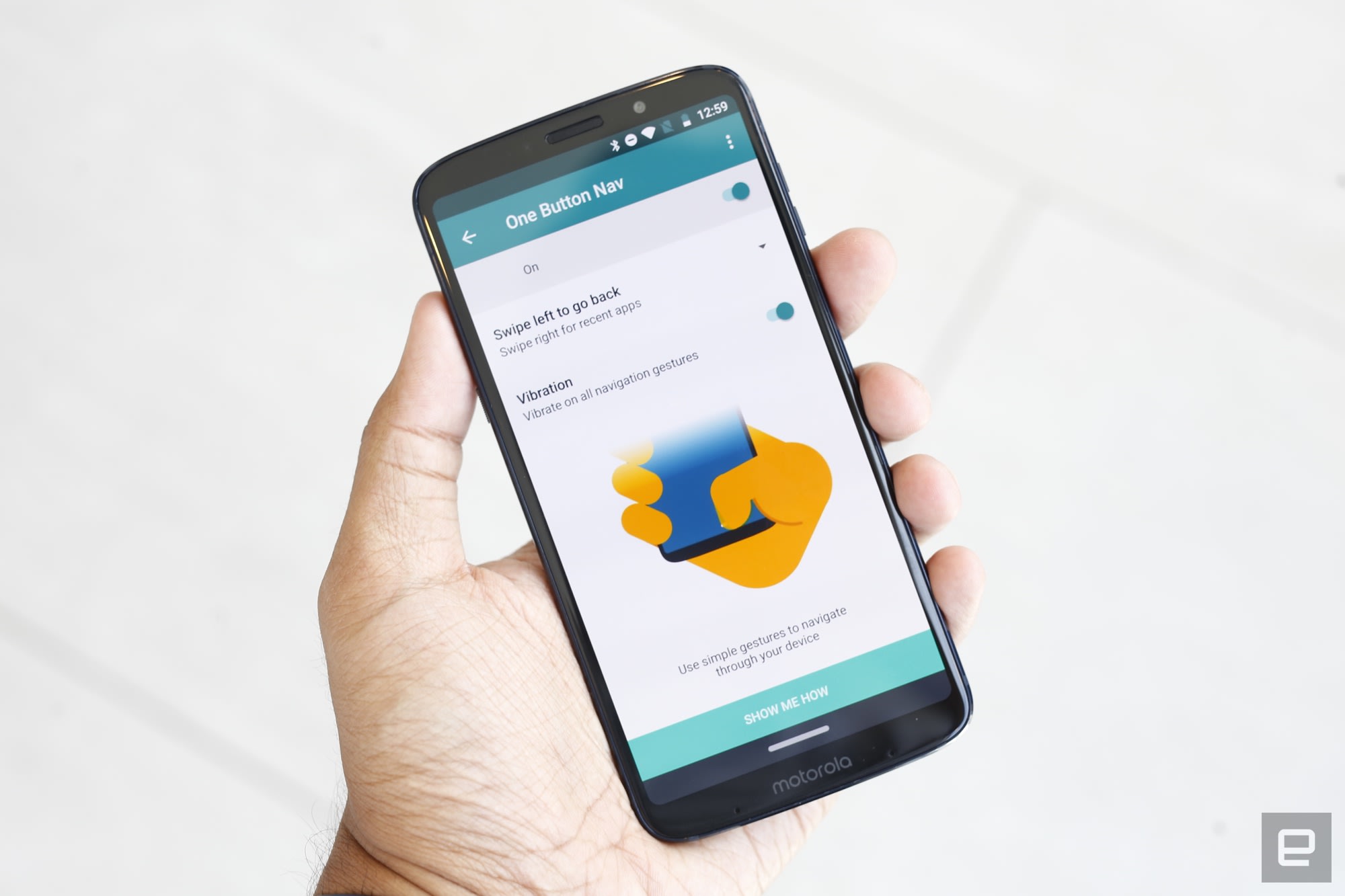 All told, the Z3 Play obviously won't outrun a OnePlus 6 or anything, but the blend of power and software on display seems more than sufficient for most daily grinds. Throw in a 3,000mAh battery and a microSD slot and you've got the makings of a solid upper-mid-range smartphone. (Don't bother looking for a headphone jack, though — there isn't one.)

Some changes are more apparent than others — just considering this 6-inch Super AMOLED screen up front. It's the first 18:9 "MaxVision" screen to appear in a Z Play and overall, it's quite easy on the eyes. Colors had an appropriate level of verve and vigor, and the screen's 2160x1080 resolution meant you could still spot lots of fine detail in photos. I just wish it was a little easier to read under bright sunlight — summer is basically here, after all. 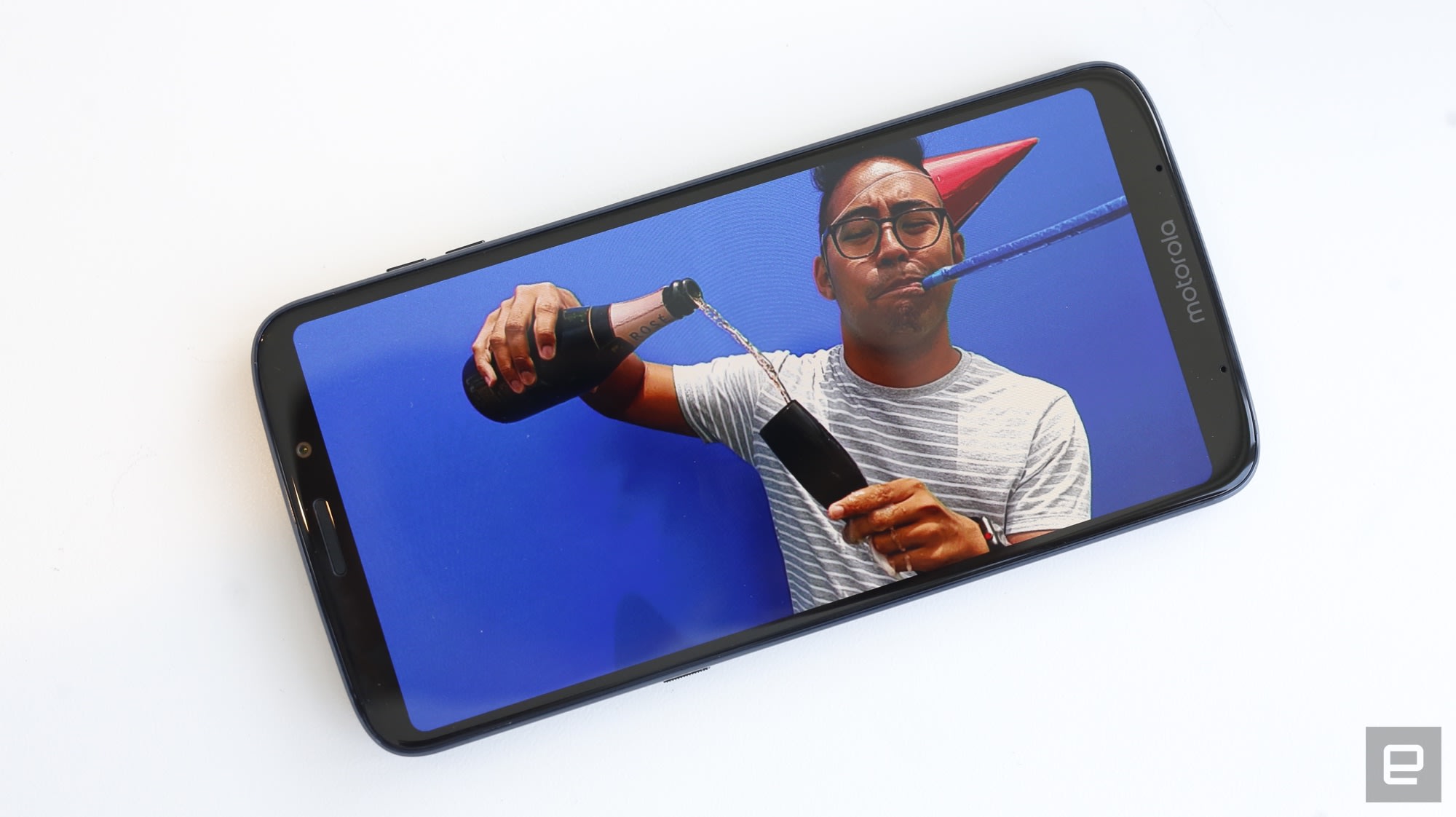 Now, to ensure compatibility with all of its existing Mods, Motorola couldn't really change the Z3 Play's dimensions at all. As a result, squeezing a bigger screen in here meant Moto had to trim lots of space around the display and move the fingerprint sensor to the phone's right side. Ultimately, this leaves us with a 79 percent screen-to-body ratio and an aesthetic that's nothing like the utilitarian Z Plays of the past. You can judge for yourself, but I'd argue that when it comes to style, this is a big, big improvement.

Also new to the Z Play line is a dual camera, because they're basically inescapable now. Most of the time, you'll rely on the main 12-megapixel main sensor and its f/1.7 aperture. In our limited time together, the Z3 Play churned out brighter, more vivid photos than I would've expected, though some of the shots captured on full Auto seemed a touch overexposed. 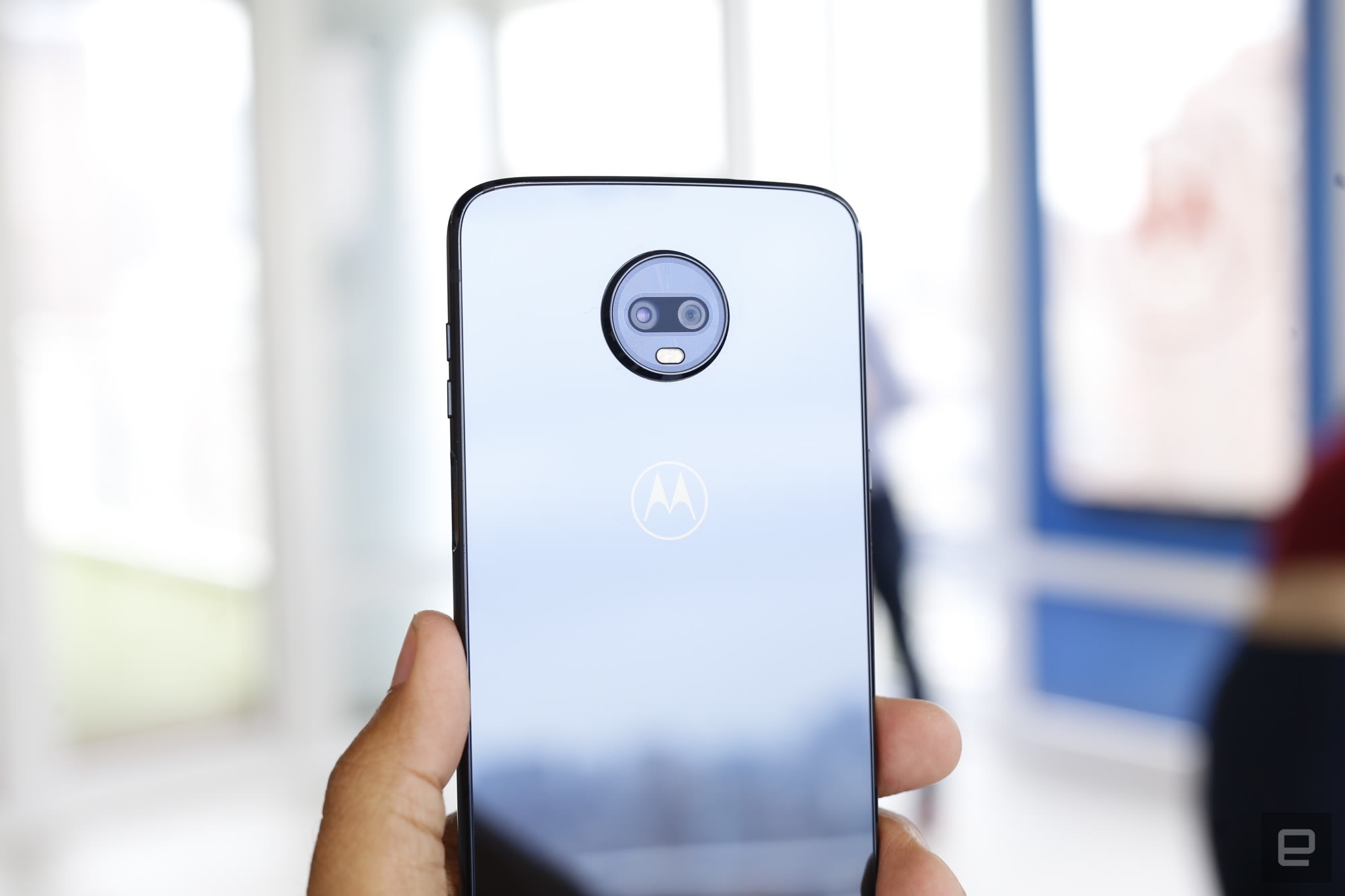 The secondary 5-megapixel camera only comes in to play when you want to fill your portrait backgrounds with some lovely bokeh. The effect generally works well enough, though it did sometimes struggle to separate the subject from the background. You can fiddle with the depth of field before and after snapping the photo, but even that manual control, it's still difficult to make sure a person's hair doesn't fade into the blurry background.

Moto's camera tricks don't end there, either. You can use Google Lens to identify objects in the real world, as well as copy and paste text from signs played on walls in front of you. Oh, and if you're a fan of making incredibly weird GIFs, there's a cinemagram feature built in here too -- you can use it to select what parts of a GIF should be animated, and since my birthday is coming up, I had to, uh, celebrate prematurely.

There are some valuable updates here, and the inclusion of a free battery in the box is sure to win Moto some new fans. The bigger question is whether it'll be the runaway hit Moto clearly hopes it will be. Only time — and lots of sales data — will tell.

All products recommended by Engadget are selected by our editorial team, independent of our parent company. Some of our stories include affiliate links. If you buy something through one of these links, we may earn an affiliate commission. All prices are correct at the time of publishing.
View All Comments
The Moto Z3 Play packs a bigger, better screen and full Mod support