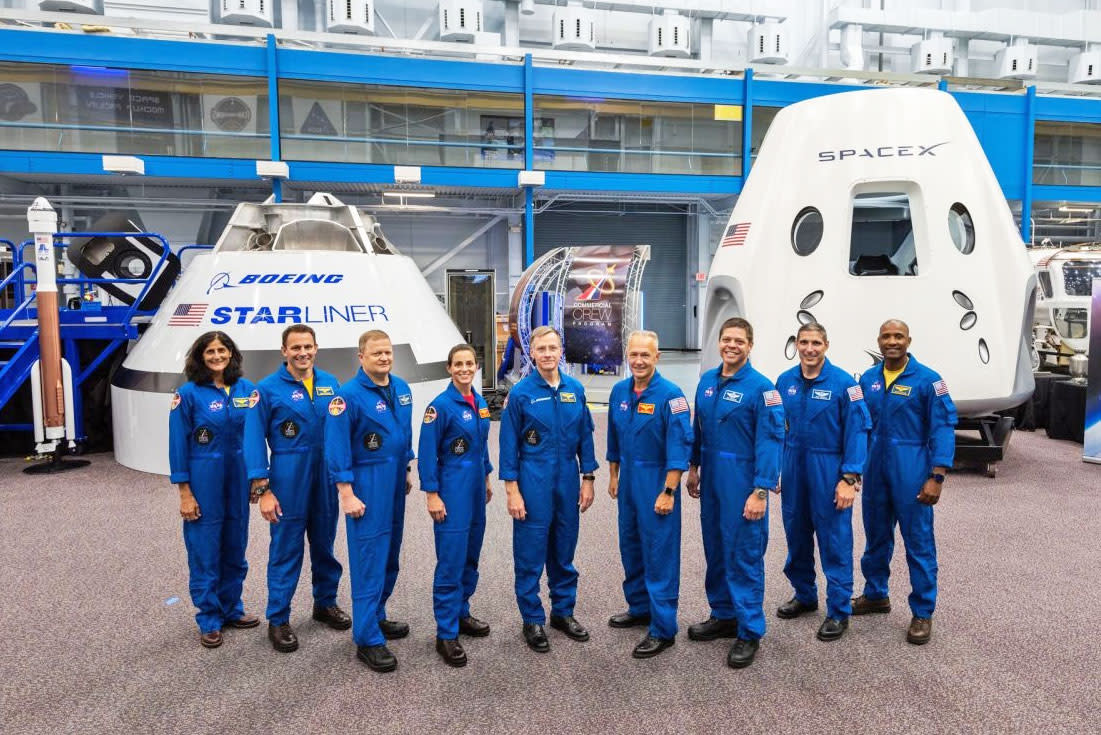 Today, NASA announced the astronaut selection for the first Commercial Crew flights, which will finally restore the ability to launch astronauts from American soil. Boeing's first test flight, which is scheduled for mid-2019, will have Eric Boe, social media-savvy astronaut Chris Ferguson and rookie Nicole Aunapu Mann on board. SpaceX's inaugural Crew Dragon voyage, called Demo-2 and targeting April 2019, will have Bob Behnken and Doug Hurley on board.

NASA also announced the astronauts for the first missions, which will be long-duration and dock with the International Space Station. Suni Williams, who is best known for running the Boston Marathon on an ISS treadmill, will be joined by rookie astronaut Josh Cassada. And finally, the second SpaceX flight (and the first that is operational) will be crewed by Victor Glover and Mike Hopkins.

The announcement of crew for these first four flights is a nice morale booster for the Commercial Crew program, but there's still a long way to go. Both Boeing and SpaceX have issues to work out before they can complete their first crewed flights; the 2019 dates are targets and may be optimistic ones at that.

Update: This article was updated to correct the SpaceX crews.

In this article: astronauts, boeing, commercialcrew, nasa, space, spacex, tomorrow
All products recommended by Engadget are selected by our editorial team, independent of our parent company. Some of our stories include affiliate links. If you buy something through one of these links, we may earn an affiliate commission.