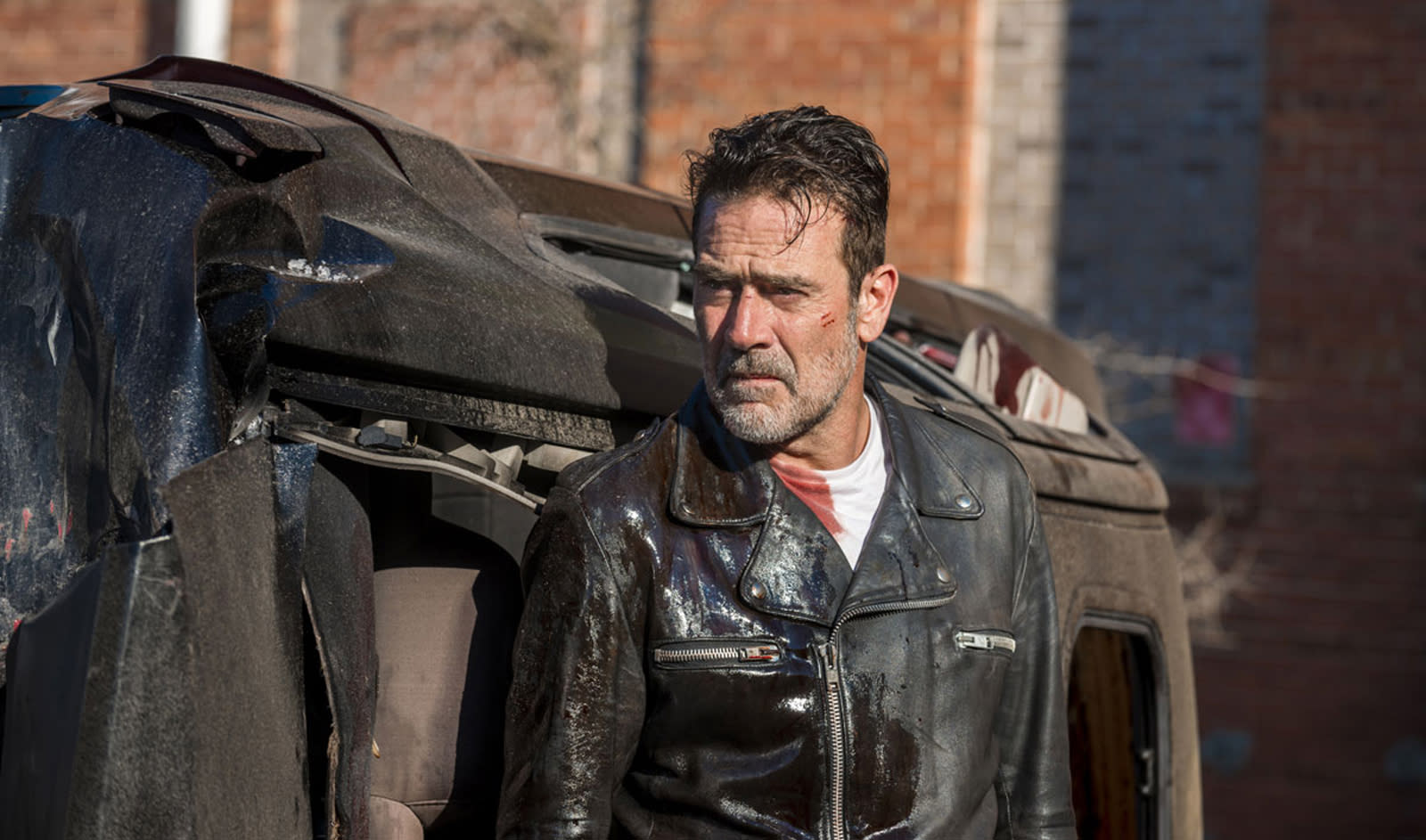 Negan might be tied up in the latest season of The Walking Dead, but that doesn't mean he can't bash a few skulls in the latest Tekken video game. That's right, the iconic Saviors leader (and archenemy of Rick Grimes and company) is coming to Tekken 7 as part of the game's season two DLC pass. Bandai Namco revealed the character in a teaser video released during the annual EVO fighting game tournament. There was no gameplay, though, just a hint of Negan's leather jacket, red scarf and lethal baseball bat, Lucille, as well as a few lines delivered by actor Jeffrey Dean Morgan.

It's an unexpected addition. Tekken has tinkered with guest fighters before, including Final Fantasy XV hero Noctis Lucis Caelum and Street Fighter icon Akuma. Television and comic book characters, though, are unusual for the long-running franchise. The closest example in fighting game history is probably Soul Calibur IV, which offered Yoda and Darth Vader alongside its usual weapon-wielding heroes. In addition to Negan, Tekken fans can look forward to Anna Williams, the personal bodyguard of Kazuya Mishima, and Lei Wulong, the wise-cracking cop, in the season two DLC pass. No word on a release date, though, for any of the new characters.

In this article: art, bandainamco, EVO, evo2018, evofightinggametournament, gaming, negan, tekken, tekken7, thewalkingdead
All products recommended by Engadget are selected by our editorial team, independent of our parent company. Some of our stories include affiliate links. If you buy something through one of these links, we may earn an affiliate commission.