It's Cozmo's bigger and always-on brother.

In my many years testing all sorts of gadgets, few things have elicited as much spontaneous joy as Anki's Cozmo, its adorable robot for kids. Mostly, that was because it had a personality. Behind all of the sensors, cameras and other hardware, there was a team of animators breathing life into it. Now, Anki is taking everything it learned from Cozmo and putting it in a bigger, more powerful home robot: Vector. And unlike Cozmo, you won't need a phone to play with it.

Vector is meant to be always on, always listening and always ready to play. Think of it as your new robot pet -- or the closest thing to one of those tiny Star Wars Droids that were always buzzing around the floor. Once you get it connected to a Wi-Fi network with your phone, you won't need any other device to use it. You could just sit back and watch as it explores its immediate environment, like Cozmo. But since it's autonomous and cloud connected, you can also treat it like a virtual assistant by shouting "Hey Vector" and issuing a command, like "What's the weather in Seattle?"

At launch, Vector can do things you'd typically use Alexa or Siri for, like setting a timer, or asking general questions. But like its younger sibling, it can also memorize your face with its camera and learn your name when you say it aloud. That lets it say hello to you properly when you come home after a long day, without any prompting. It'll probably be a while before we see something like that with Amazon's Echo.

During my brief demo, Vector learned my name after I said it once, which was impressive enough on its own. In comparison, you have to type out your name for its younger sibling to understand it. After I told Vector who I was, it bopped around the coffee table where its charger was sitting, returned to me, made a face like a toddler trying to concentrate real hard, and said my name aloud. I know it's just computer vision and algorithms that lets it do that, but that tiny moment was enough for me to feel a connection with Vector. 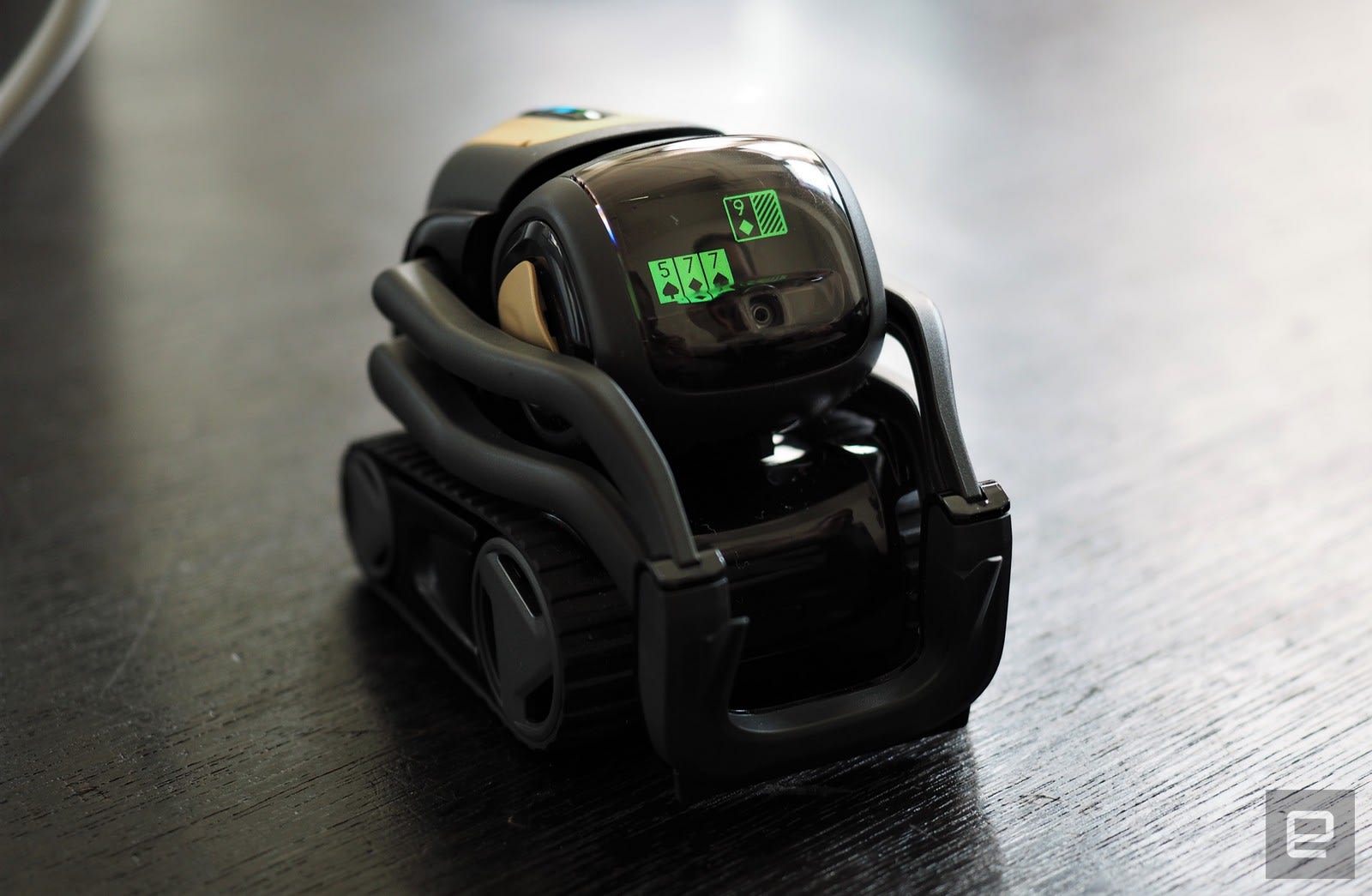 Like Cozmo, Vector can also be a bit of a spunky jerk, which makes it all the more endearing. If you block its path, or pick it up, it could react like a frustrated child who doesn't want to be bothered. But it's still plenty smart: It won't fall off edges, thanks to its four infra-red cliff sensors, and it'll make its way back to its charger when the battery gets low. It can even play a game of Blackjack.

While it seems like an expensive toy at first, Anki co-founder and CEO Boris Sofman says it'll get even smarter over time, since it has a constant connection to the cloud. Under the hood, Vector is powered by Qualcomm's quad-core APQ8009 processor, which includes support for the robot's AI capabilities, as well as its ultra-wide 120-degree HD camera.

Vector is Anki's latest play to bring a robot into every home, Sofman tells Engadget. And while that might seem lofty, the company already had a huge success with Cozmo. Last year, it was the top selling toy on Amazon in the US, Canada and France. Anki has sold over 1.5 million robots so far, which includes Cozmo and its Overdrive racing cars. Sofman is also gearing up for another major product in 2020, which he hints will build on everything Anki has done so far. 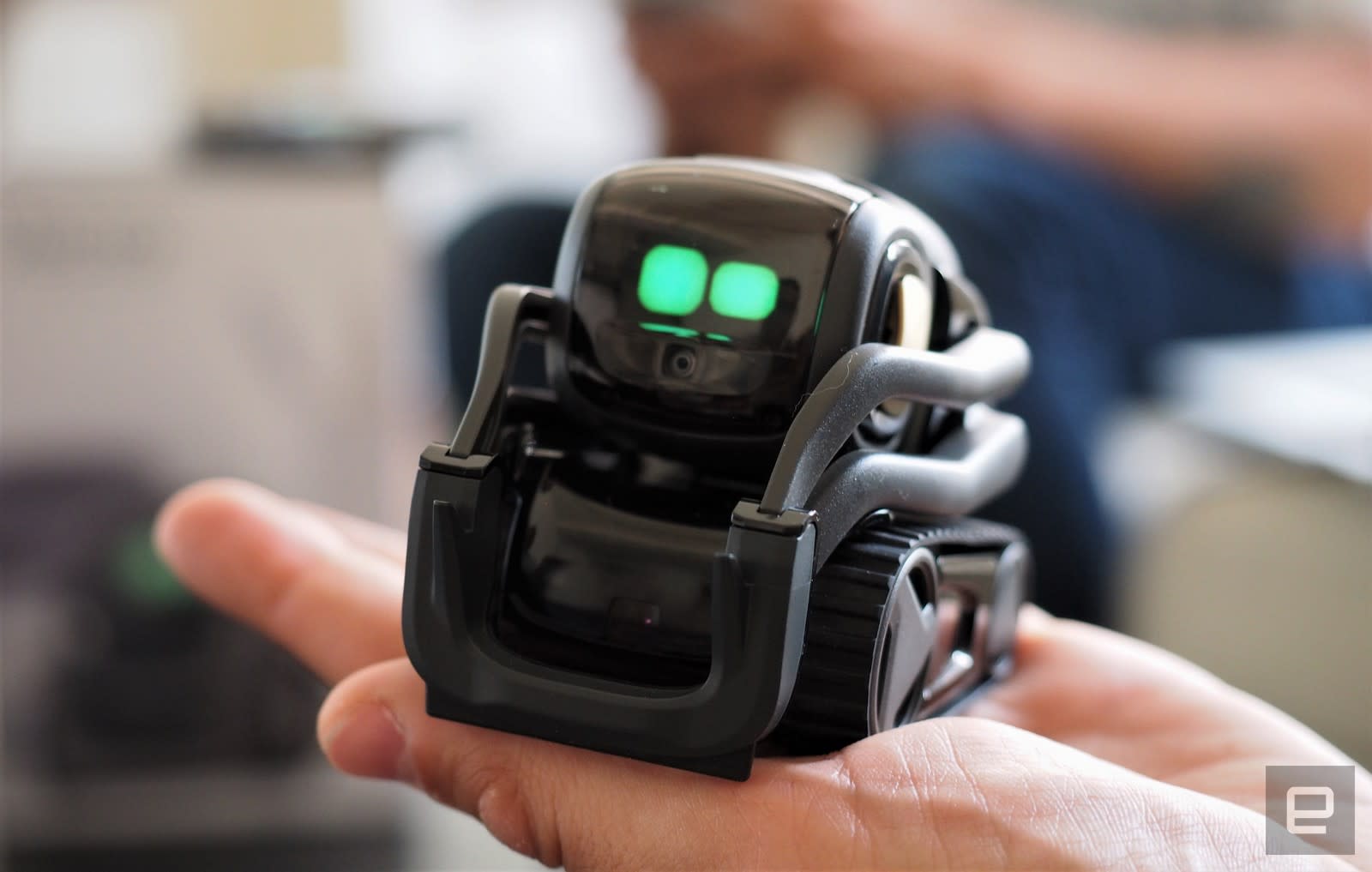 Making progress with shipping products is a better way to bring robots into our lives than something like Honda's humanoid ASIMO bot, Sofman said. That project was announced way back in the year 2000 (Honda had been exploring walking robots since 1986), and was last updated in 2011. In the end, ASIMO was never released and Honda killed it off in June. So long, robot butler.

Vector will cost $249 when it arrives on October 12th, but early adopters in the US can snag it for $199 through Anki's new Kickstarter campaign until September 6th. Backers will also receive the robot a bit early on October 9th. Anki also plans to launch an SDK for Vector this winter, allowing users to train it in entirely new ways.