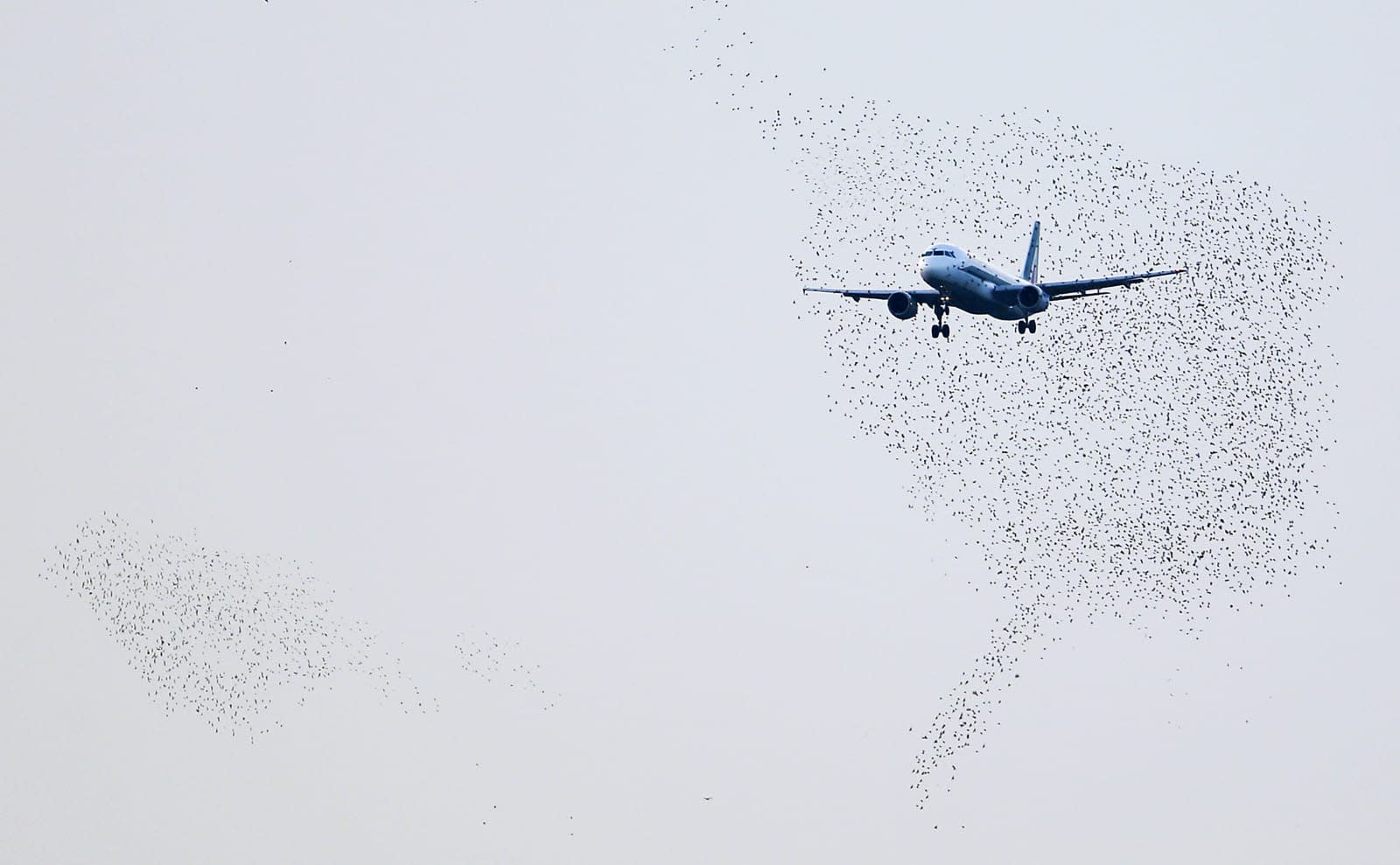 Drones aren't usually allowed to go near airports unless they serve a purpose, like herding flocks of birds away from the airspace where they could put planes full of people in jeopardy. Manually controlled drones can be unreliable, though: If the operator gets too aggressive and spooks the birds, the flock could scatter and become even more unmanageable. That's why a team of researchers from Caltech have developed an algorithm that teaches unmanned aerial vehicles how to autonomously (and effectively) herd birds away from airport airspace.

The engineers said they were inspired by the 2009 US Airways Flight 1549 incident that came to be known as "Miracle on the Hudson." After taking off from LaGuardia, the plane struck a flock of geese and lost all engine power. The only reason it didn't crash was because the pilots were highly skilled and were able to perform a water landing on the Hudson river. Team leader Soon-Jo Chung said: "It made me think that next time might not have such a happy ending. So I started looking into ways to protect airspace from birds by leveraging my research areas in autonomy and robotics."

According to the study published by IEEE Transactions on Robotics, the team studied flock dynamics, including how birds maintain formations and how they respond to threats along the edges of the flock, to develop their mathematical model. See, if the birds flying along the edge detect external threats, they make course changes that affect the birds next to them, creating a domino effect that alters the whole flock's direction. But if that external threat gets too close too fast, then the birds will scatter instead. The team took that info into consideration when they modified algorithms designed for herding sheep.

The team has successfully tested their algorithm using an off-the-shelf drone near a field in Korea. They found that a single drone is capable of keeping a flock with dozens of birds out a designated airspace. However, the researchers still need to find a way to scale up the project until airports can use multiple autonomous drones to keep multiple flocks away before the technology can completely replace trained falcons and manually operated UAVs.

In this article: airport, caltech, drone, droneherder, gear, robots
All products recommended by Engadget are selected by our editorial team, independent of our parent company. Some of our stories include affiliate links. If you buy something through one of these links, we may earn an affiliate commission.