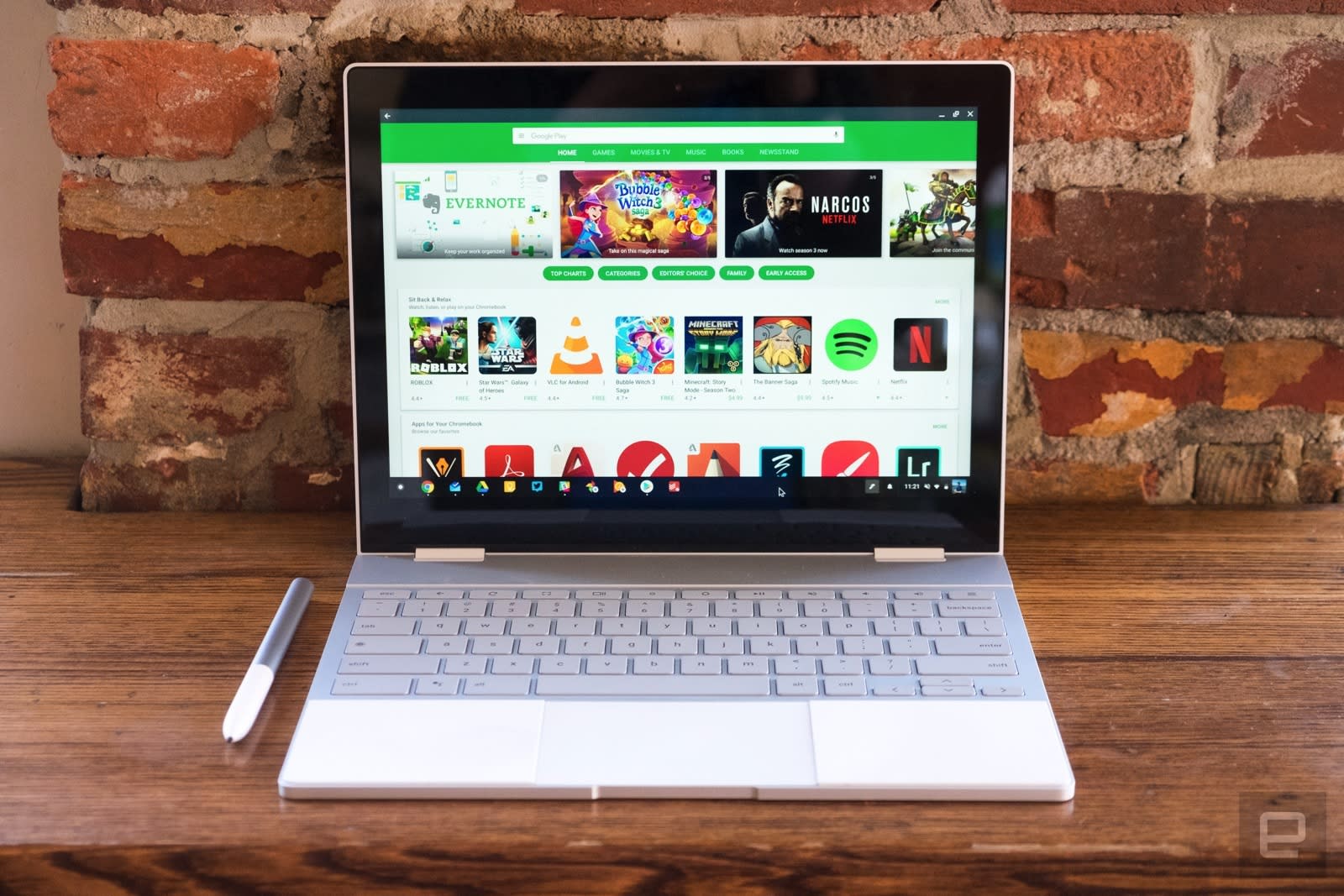 With the power of tools like Crouton, anyone so inclined can already run Linux on a Chromebook. The process is a bit fiddly, however, and requires that you enable developer mode -- which carries potential security risks. Now, thanks to a recent Chrome OS update, you'll be able to launch .deb (Debian) packages minus such hassles.

Installing .deb files on Linux systems is normally as simple as a double-click, but developers have been working hard to bring Project Crostini -- essentially native Chrome OS support for Linux apps -- to fruition as well. Although Pixelbooks were the first to offer the feature, it's slowly started trickling out to a number of devices including Samsung's Chromebook Plus before availability becomes widespread.

The move promises several benefits. For starters, tinkering around with Linux apps will be much simpler for users unfamiliar with the OS. Linux faithfuls will now be able to easily access exclusives like Shutter, and the possibility of alternative imaging editing suites opens up too. Google says it'll also give developers the option to create and run both Android and web apps directly from their Chromebooks.

In this article: chromebook, chromeos, crostini, gear, google, linux, personal computing, personalcomputing, projectcrostini
All products recommended by Engadget are selected by our editorial team, independent of our parent company. Some of our stories include affiliate links. If you buy something through one of these links, we may earn an affiliate commission.