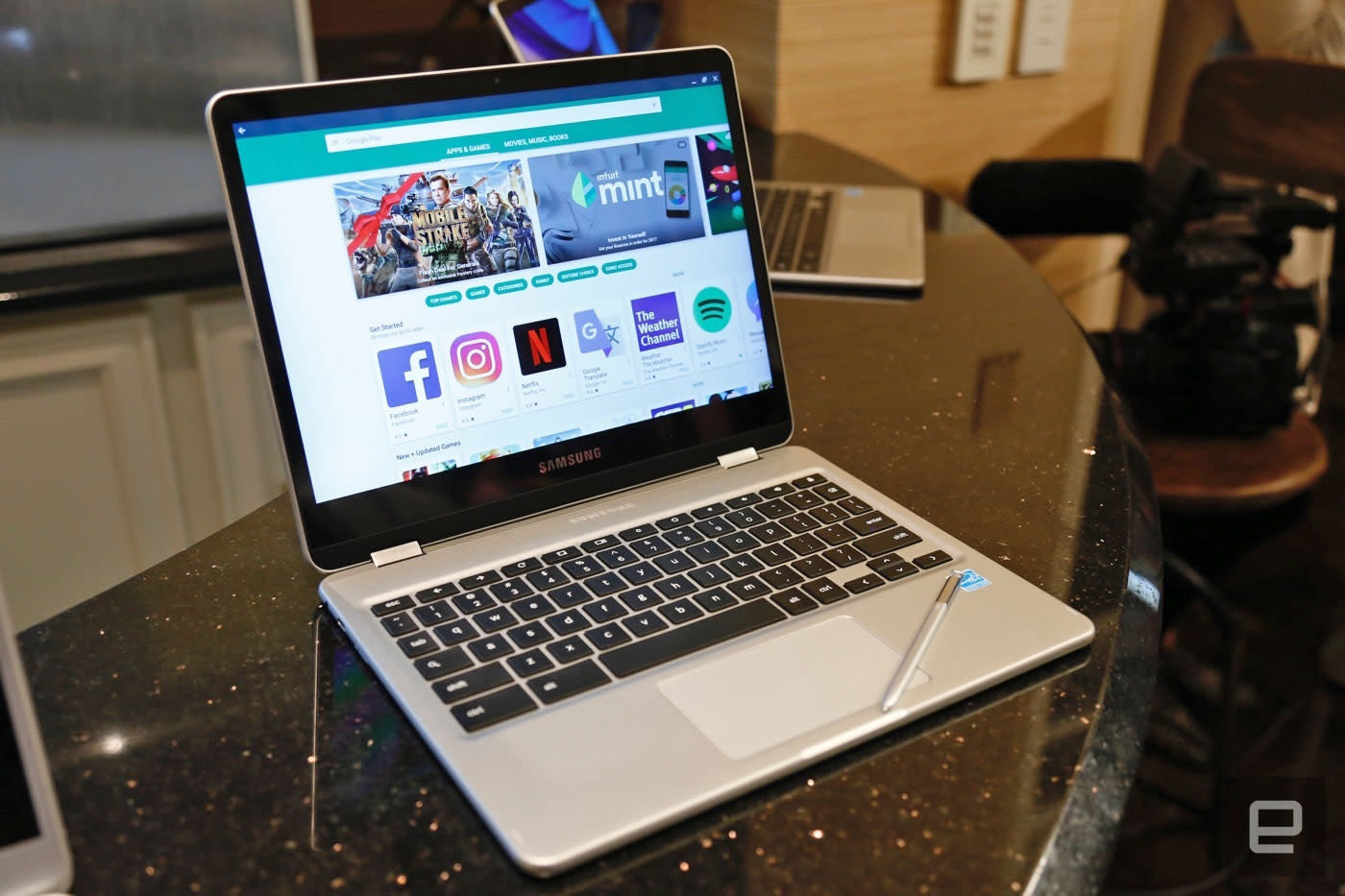 If you've been hankering to play Minecraft on your Chromebook Plus, you now might be able to without a full Linux installation. At Google's I/O developer conference last month, the company said that Chromebooks will soon support Linux apps. That opens the machines up to a whole range of new tools and functions, and can make them vastly more useful in all kinds of ways. Google's own high-end Pixelbook was the first system to get Linux app support, and now it's coming to Samsung's Chromebook Plus -- albeit in unofficial fashion.

This is not a move that will benefit everyone, at least not at the outset. You'll need to use the not-completely-stable developer build of Chrome OS, and install apps through the Terminal. This was discovered by a Reddit user, and you can see the full directions here. It might get easier to add apps in the future as Google rolls out more robust support, though it's not clear which other Chromebooks will get the functionality, nor when Google will enable support on other devices.

The apps run inside a virtual machine, so you maybe won't be able to squeeze excellent performance out of Minecraft or other games. But Android Police pointed out that because the Chromebook Plus has an ARM-based processor, apps tailored for x86 processors won't work. So, Android Studio and Steam are among the apps you won't be able to run on your Chromebook Plus, though there are plenty of other Linux apps you'll be able to take advantage of on Chrome OS.

In this article: chromebook, chromebookplus, chromeos, gadgetry, gadgets, gear, google, linux, samsung
All products recommended by Engadget are selected by our editorial team, independent of our parent company. Some of our stories include affiliate links. If you buy something through one of these links, we may earn an affiliate commission.