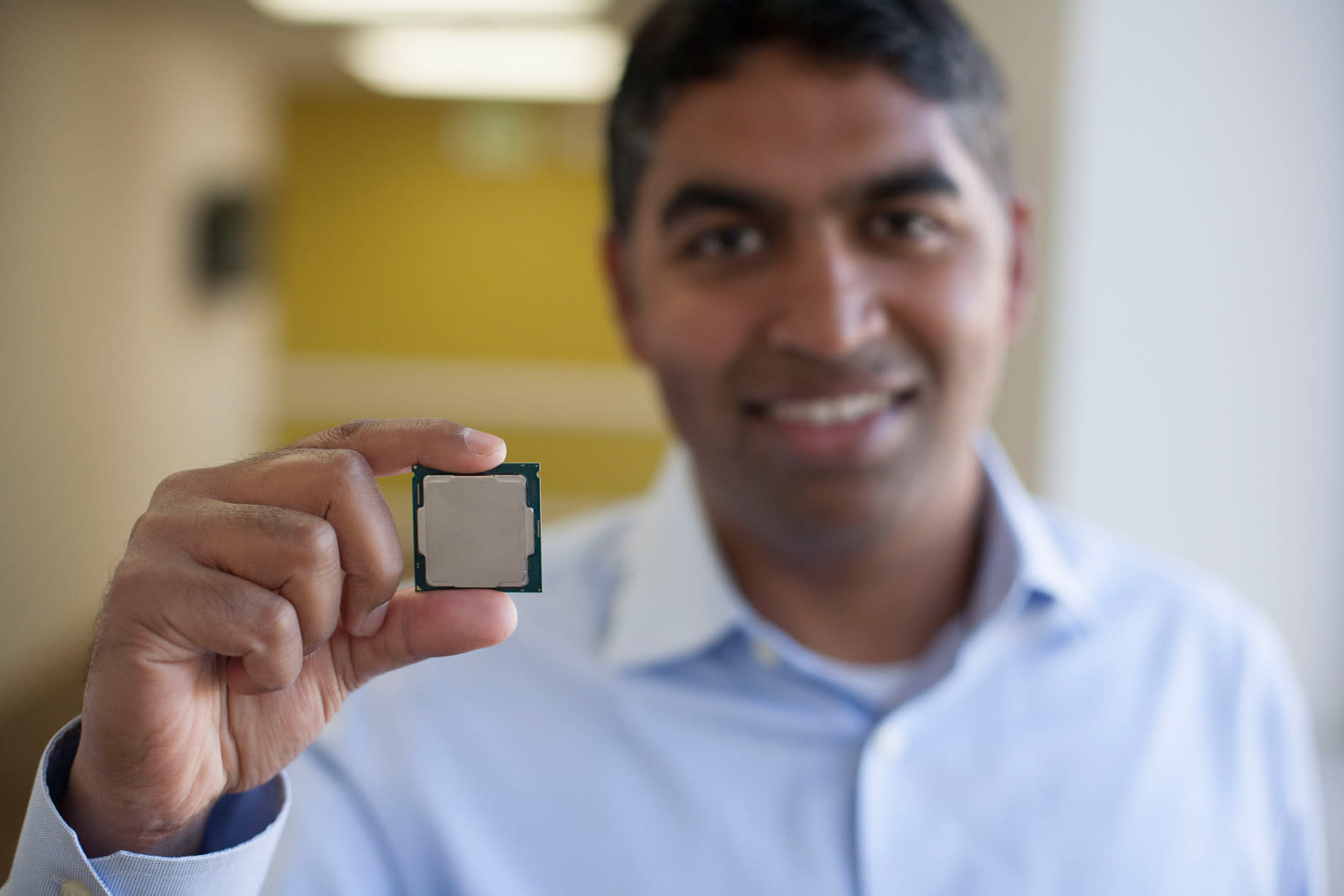 Intel is still struggling to make 10-nanometer chips, but it might still have a few surprises up its 14nm sleeve. WCCFTech claims to have leaked data revealing that Intel will launch its 9th-generation Core desktop processors on October 1st, starting with unlocked models that could make the company's eight-core performance more accessible. The highlight for many would be the Core i9-9900K, the first mainstream desktop Core i9 chip -- you wouldn't have to pay a fortune for an X-series or Extreme Edition CPU. It would tout a 3.6GHz base clock speed, but could boost to 4.7GHz with all eight cores (5GHz with one or two cores) and support up to 16 code threads.

The Core i7-9700K, meanwhile, would be the first mainsteam 8-core i7 part. It too would start at 3.6GHz, although its boost speed would top out at 4.6GHz for all cores (4.9GHz for one core) and would only support eight threads. There would also be a mid-tier Core i5-9600K processor with six cores, six threads, a 3.7GHz base clock and a 4.3GHz boost with all cores (4.6GHz with one).

Don't expect much more for a while after that, as the same leaked info would have Intel delivering other 9th-generation processors in early 2019. It could be a welcome update all the same. While Intel's 8th-gen parts haven't been hurting for performance, AMD has fiercely competitive with Ryzen processors that have boasted as many as eight cores while still coming in at reasonable prices. Now that Intel's eight-core prices appear to be coming down to Earth, the fight could revolve less around core counts and more around bang for the buck.

In this article: 9thgen, 9thgenerationcore, corei5, corei7, corei9, cpu, gear, intel, personal computing, personalcomputing, processor
All products recommended by Engadget are selected by our editorial team, independent of our parent company. Some of our stories include affiliate links. If you buy something through one of these links, we may earn an affiliate commission.