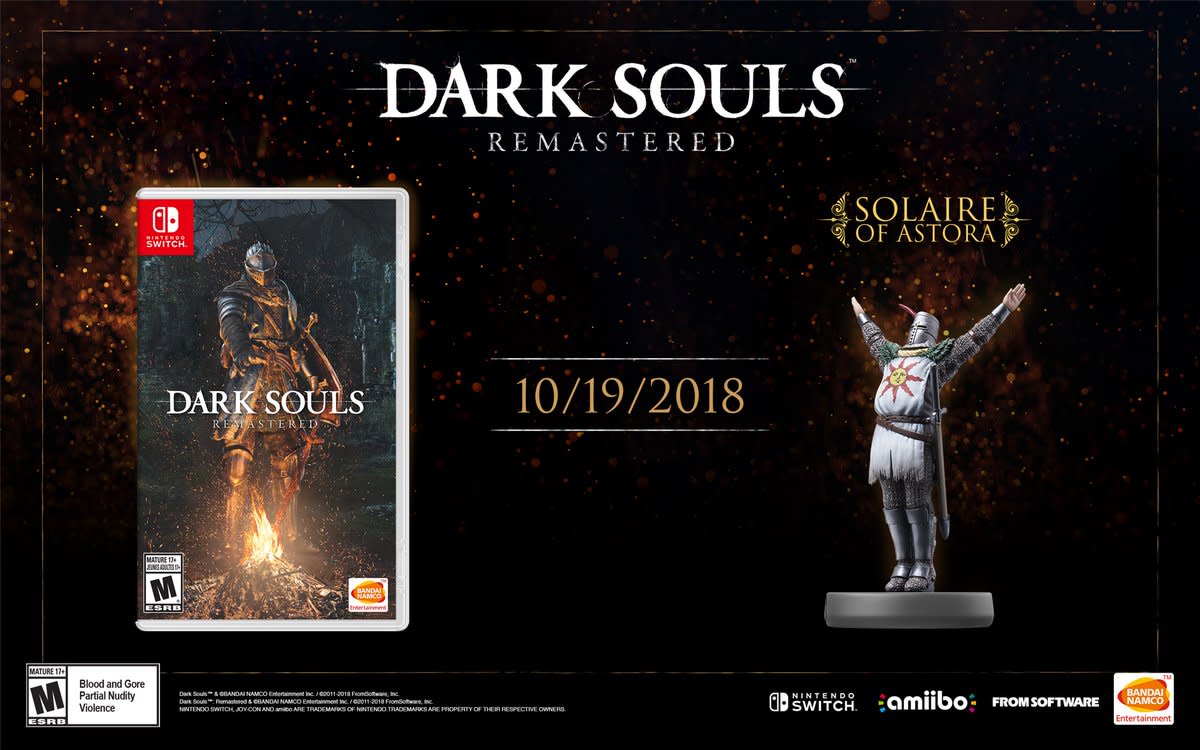 Dark Souls fans have eagerly been awaiting the release of the game on Nintendo Switch, and now we finally have a date for you. The remastered port and its matching amiibo will land on October 19th.

Praise The Sun! DARK SOULS: Remastered for #NintendoSwitch and the Solaire of Astora amiibo will launch on Oct. 19th! Journey to Lordran and experience the groundbreaking action-RPG on the go!

An online Network Test will be scheduled prior to release. Stay tuned for more info. pic.twitter.com/WE1xNmLi0j

It's not exactly the "Summer 2018" that was promised. Presumably, it took longer than expected to adapt the intensely difficult game to the Switch's controls. The PS4, PC and Xbox remastered version all launched as scheduled on May 25th.

The Switch version of the game will have 1080p resolution when docked in TV mode and 720p when playing the handheld version. The frame rate is 30fps, and it will support 1–6 players in online mode. DLC will be included in the remaster.

In this article: av, bandainamco, darksouls, gaming, nintendoswitch
All products recommended by Engadget are selected by our editorial team, independent of our parent company. Some of our stories include affiliate links. If you buy something through one of these links, we may earn an affiliate commission.