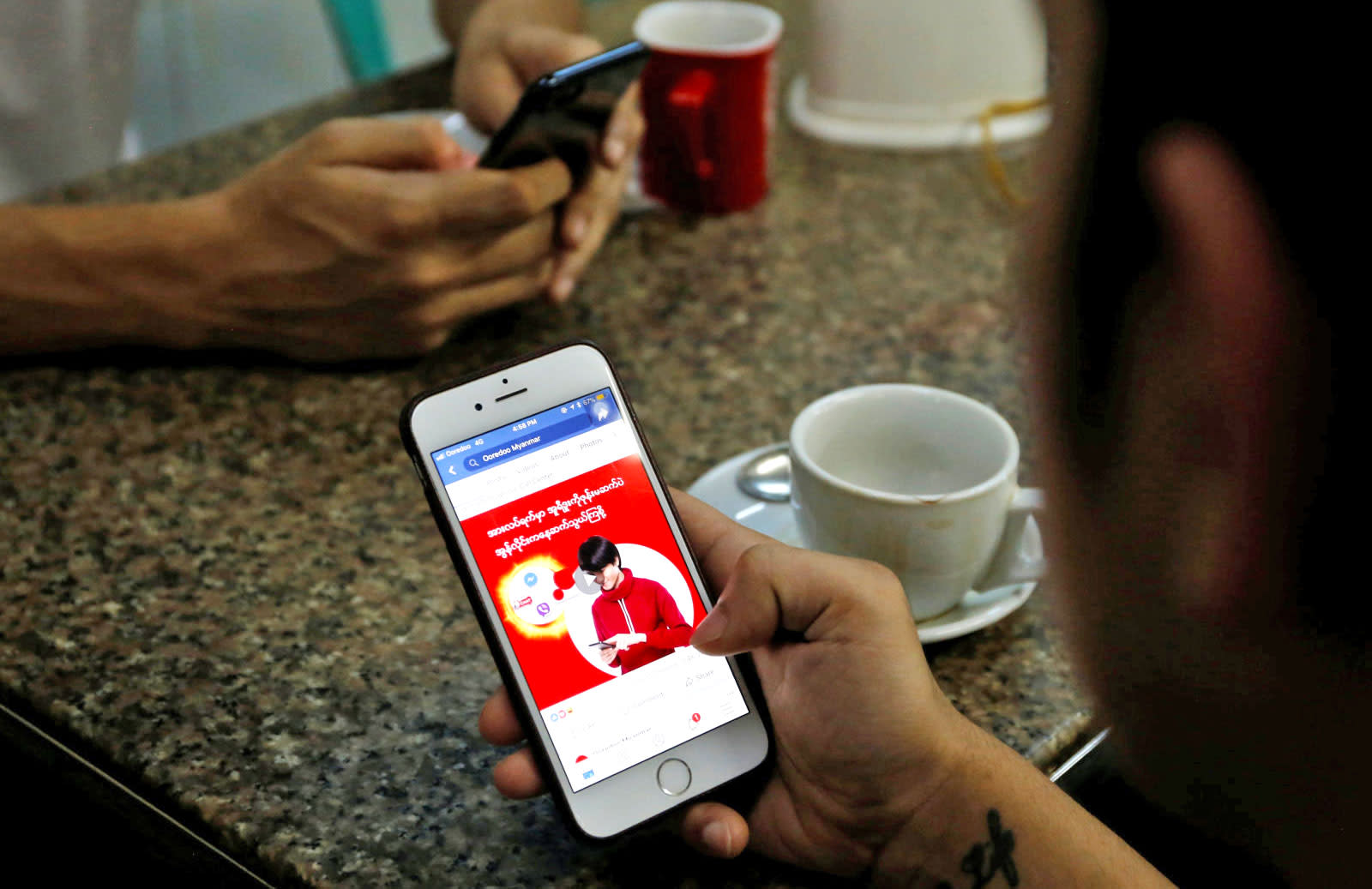 Facebook has hired an outside company to look into its role in spreading hate speech and enabling ethnic cleansing in Myanmar, Vice News reports. The human rights audit is being conducted by San Francisco-based Business for Social Responsibility and was reportedly launched in recent months. A Facebook source confirmed the audit to Vice News.

Over the past year, Facebook has repeatedly come under fire for its mishandling of hate speech targeting the country's Rohingya Muslim minority. In March, the UN added to criticism of the country, saying it suspected acts of genocide were occurring in Myanmar and that Facebook had contributed to the conflict. More than 700,000 of Myanmar's Rohingya Muslims have fled to Bangladesh due to targeted violence.

In April, Myanmar activists penned an open letter to Facebook CEO Mark Zuckerberg, calling him out for overstating the company's response to hate speech in the country. He then sent a letter back, apologizing for "not being sufficiently clear about the important role" that their organizations played in helping Facebook grasp the conflict in Myanmar. Later, in effort to better understand the situation and its position in the country, Facebook sent five employees to Myanmar, Vice News reports. They met with activists and discussed human rights issues, though they spent less than two days in the country. Since then, the social media giant has reportedly been making a more concerted effort to remove Myanmar hate figures and organizations from its platform.

Activist Victoire Rio told Vice News that the audit was an important step in understanding Facebook's role in Myanmar. "If you are going to have more than a million users in a country, and you don't know shit about the country, then this seems like the basic research you should be doing," she said. Though she added that it's unclear if Facebook will release any of the audit's findings to the public.

"It seems that Facebook has recognized, in Myanmar as elsewhere in the world, that it has a big problem on its hands," Matthew Bugher, head of human rights organization Article 19's Asia Programme, told Vice News. "It is now making the right sounds about improving standards and policies, however, civil society has yet to see follow-through on key commitments made by Facebook. The coming months will be very important."

In this article: audit, EthnicCleansing, facebook, gear, HateSpeech, internet, myanmar, politics
All products recommended by Engadget are selected by our editorial team, independent of our parent company. Some of our stories include affiliate links. If you buy something through one of these links, we may earn an affiliate commission.