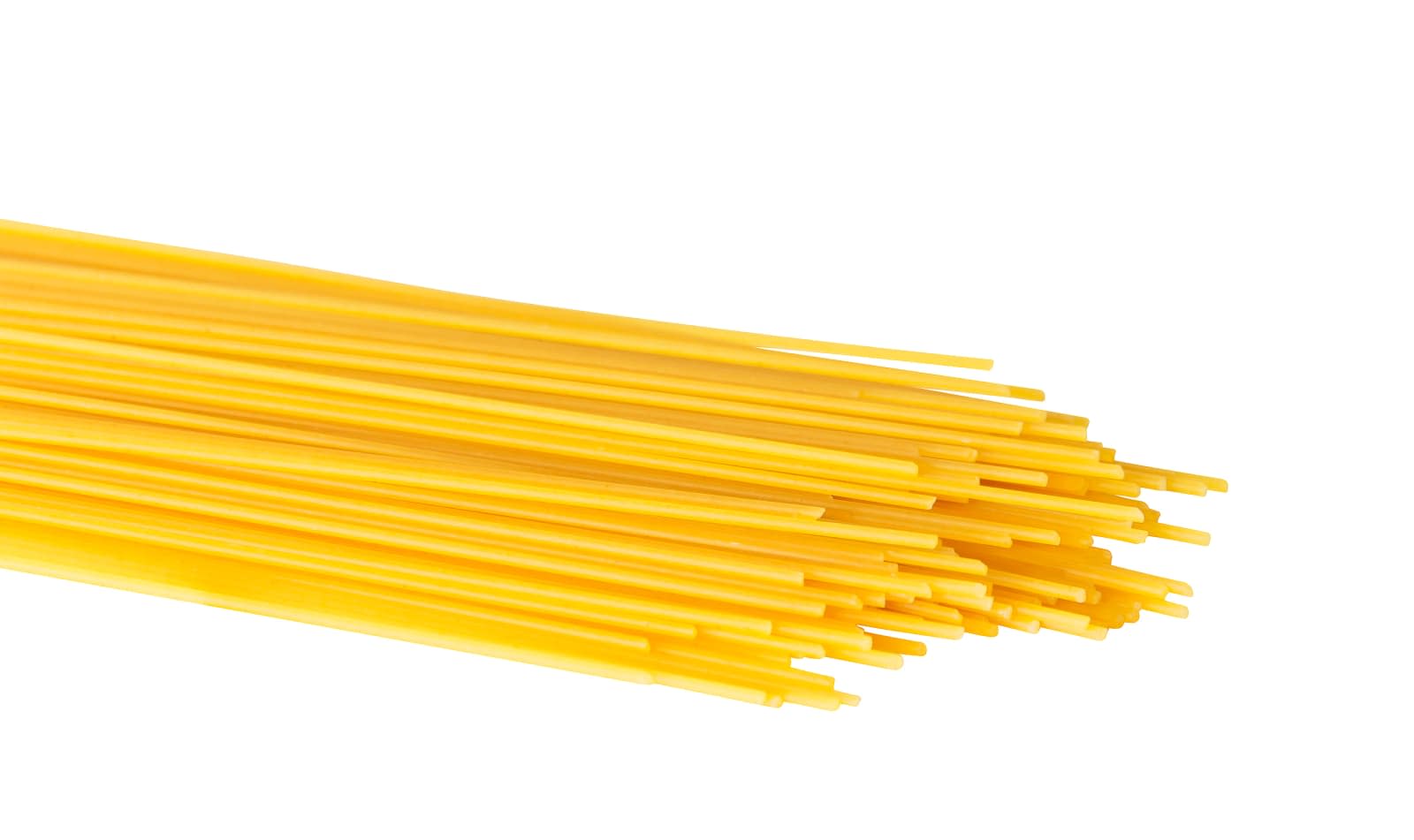 Breaking dry spaghetti noodles into precisely two parts might seem impossible, but scientists at MIT have done exactly that. In a paper published in the Proceedings of the National Academy of Sciences, researchers report how they twisted the noodles first, then bent them, to produce two halves instead of the usual shattering of three or more.

Basically, when you bend a spaghetti noodle in half, it breaks in the middle, but sends a secondary wave back along each side, called the "snap-back effect." The MIT scientists used a specially-made machine to add a twist of about 270 degrees to the noodle, which releases the snap-back forces when released by the initial break.

Of course, such a discovery is about more than noodles. The physics behind this study can be applied to various important things like how to control fracturing in multi-fiber structures, engineered nanotubes, or even microtubules in your cells. "It will be interesting to see whether and how twist could similarly be used to control the fracture dynamics of two-dimensional and three-dimensional materials," said co-author Jörn Dunkel in a statement. "In any case, this has been a fun interdisciplinary project started and carried out by two brilliant and persistent students — who probably don't want to see, break, or eat spaghetti for a while."

In this article: break, gadgetry, gadgets, mit, physics, snap-back, spaghetti, TL18MIT, tomorrow
All products recommended by Engadget are selected by our editorial team, independent of our parent company. Some of our stories include affiliate links. If you buy something through one of these links, we may earn an affiliate commission.