At previous Def Cons I wrote about the unofficial badges and the culture surrounding those pieces of technology. This year I was determined to move past my infatuation with blinking lights and colorful PCBs (printed circuit boards). Then I saw the Maneki Neko badge. It's the iconic beckoning cat (literally what "maneki-neko" means) with a moving 3D-printed arm and two 16-segment LEDs that blink at you while it waves.

Fine, you got me.

Creators Sean McCabe and Daniel Samarin wanted to do something a bit different for their badge this year. Def Con badges with their lights, games and insane puzzles are all impressive, but with its 3D-printed waving cat paw, the Maneki Neko stood out from the pack."Everyone loves cats!" McCabe said.

That realization led to the badge. It's part whimsy and part making sure they don't lose their shirts while creating something fun. "How do you do something new and edgy that will attract people and keep people interested while trying to turn a profit?" McCabe said.

This is McCabe's second badge. He built a small 3D-printed badge last year, which was his first time prototyping a board. He described that project as "very simple to use and very entry level."

This year's badge sold for $80 cash. If you wanted one, you had to follow the team on Twitter and wait until it announced a "drop." Unsurprisingly, it sold out. If you're interested in your own, all is not lost. McCabe and Samarin placed everything you need to make your own on GitHub. McCabe said, "You can take the badge and do what you want with it. The board is on GitHub; they can take it and send it to a fab" (fabrication facility).

The fact that all the code is on GitHub also means that those who did buy a badge at the yearly hacker conference can go home and tinker with it instead of just throwing it in a drawer. From the looks of the badge, there's very little chance that's going to happen. 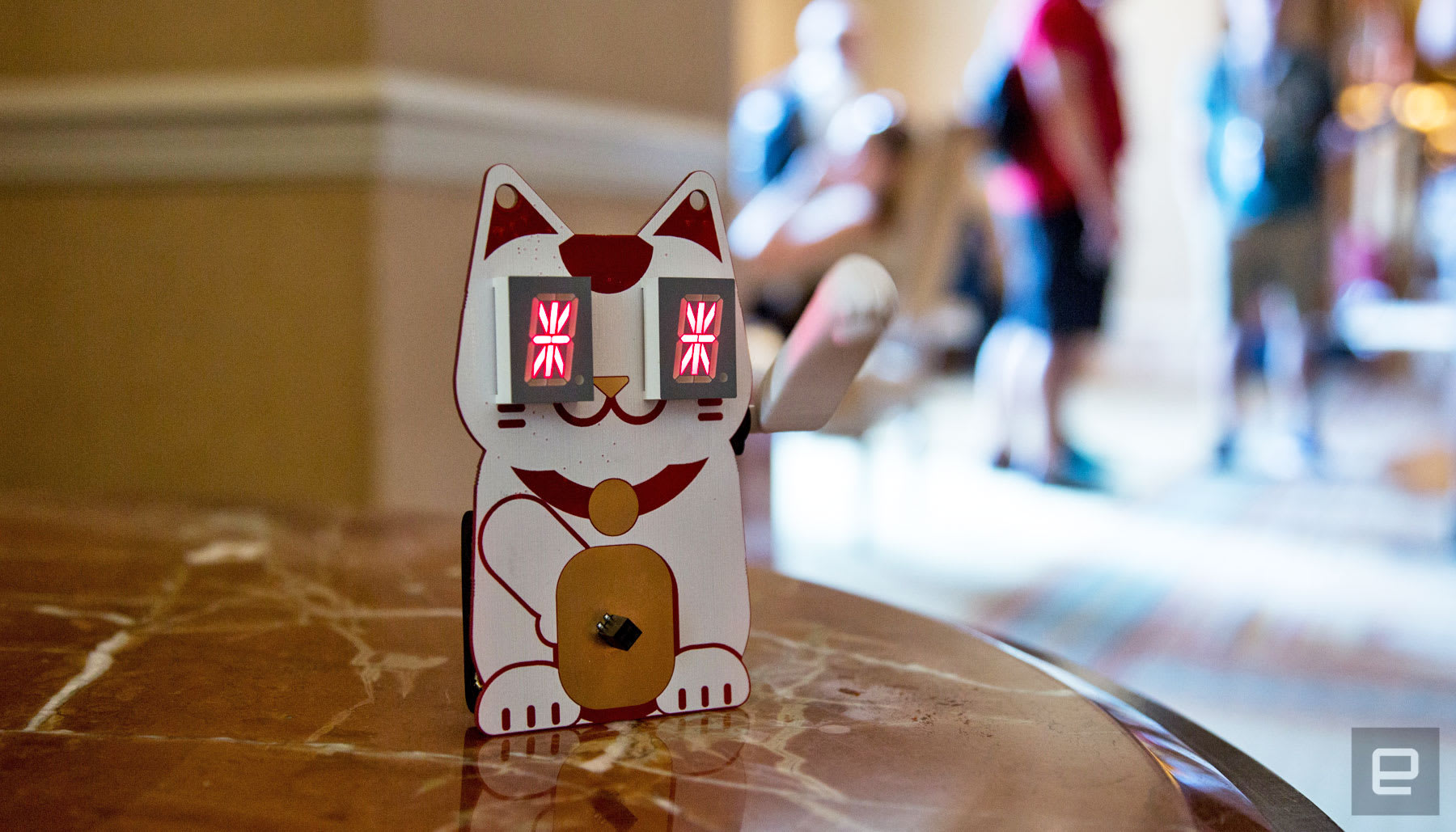 "We're hoping that the people that are involved with badges at Def Con, they learn something about motion and motors through our badge," Samarin said.

As for next year, they plan on making another badge with moving parts and 3D printing. They haven't solidified on anything yet, but they want to continue with the theme of building something that brings people joy post-conference.

When asked if attendees should see more moving badges next year, Samarin said, "I sure hope so. The response that we got and the support we're seeing from other badge makers -- pun intended, I think we're going to see some copycats."