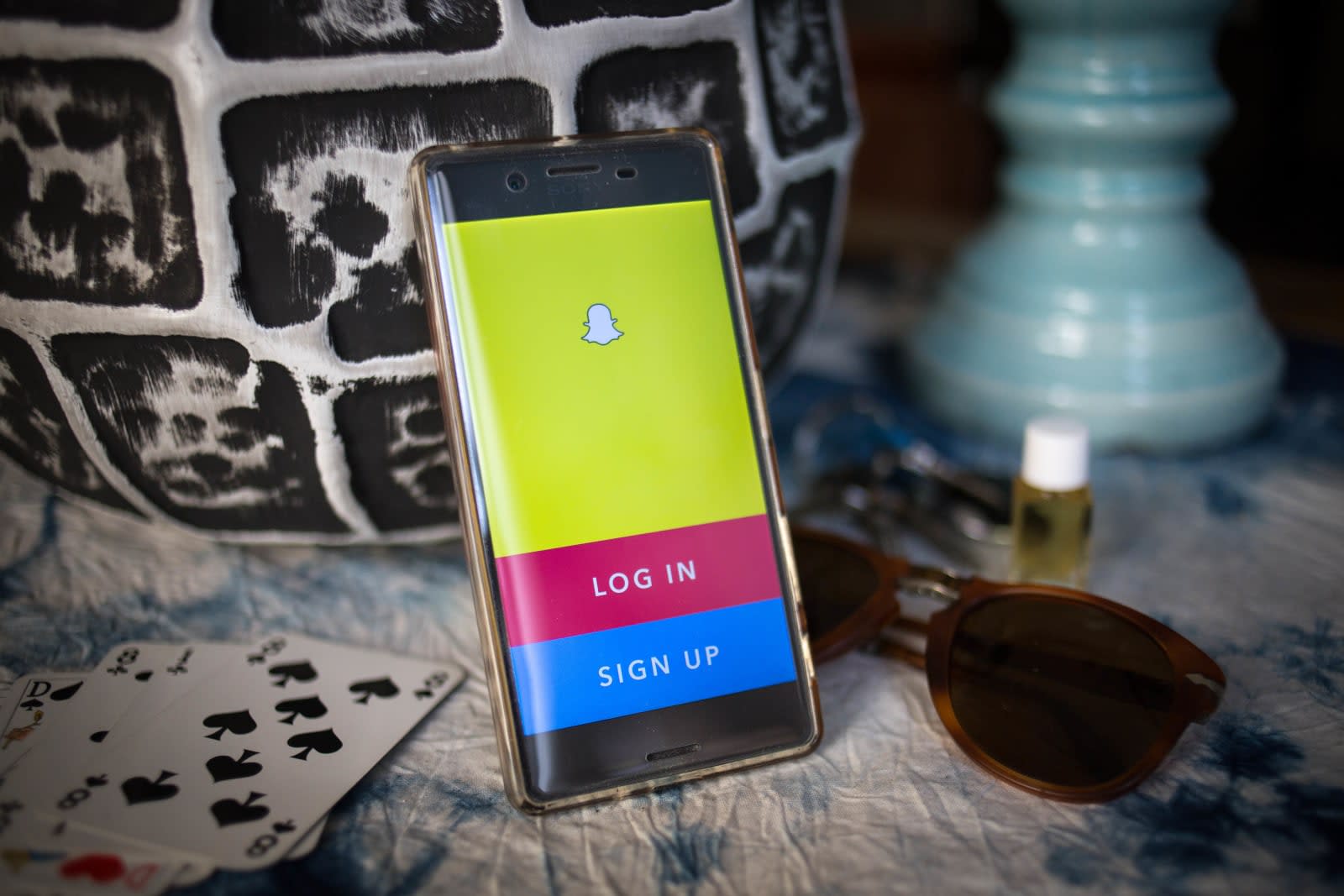 Snap promised a sorely needed redesign for Snapchat's sluggish Android app back in November, and it's now clear what that tune-up will entail. Jane Manchun Wong has discovered (with additional detail from Kieron Quinn) that Snapchat's Android app hides a rough alpha version of the revamp with an experience more on par with the iOS version. The new interface is slightly tidier, but the most noticeable change is performance -- gone is the choppiness that you usually have to endure on Android. As a rule, the new app should be smooth as silk on reasonably powerful devices.

You might not want to rush to try the test release. As the alpha status implies, this is a very rough-around-the-edges app with missing controls (including access to Snapcodes on profiles) and buggy behavior. The camera app still captures screenshots rather than direct photos, for that matter. If you were hoping for pictures that rivaled what iPhone-based users get, you'll be disappointed.

More importantly, you'd have to get root access on your phone just to check out the Snapchat alpha. That's not much trouble if you're a diehard enthusiast who knows ADB like the back of their hand, but it's not available to every Android user and probably isn't worth the hassle if you want Snapchat's full functionality. Consider this a peek at Snapchat's future improvements rather than an early release.

Snapchat's new faster Android UI is underway. It's generally smoother than the old one. Emoji brush is coming to the new UI for Android too! pic.twitter.com/wjGhM52Wmg

In this article: alpha, android, app, gear, internet, mobile, snap, snapchat, socialnetwork, socialnetworking
All products recommended by Engadget are selected by our editorial team, independent of our parent company. Some of our stories include affiliate links. If you buy something through one of these links, we may earn an affiliate commission.