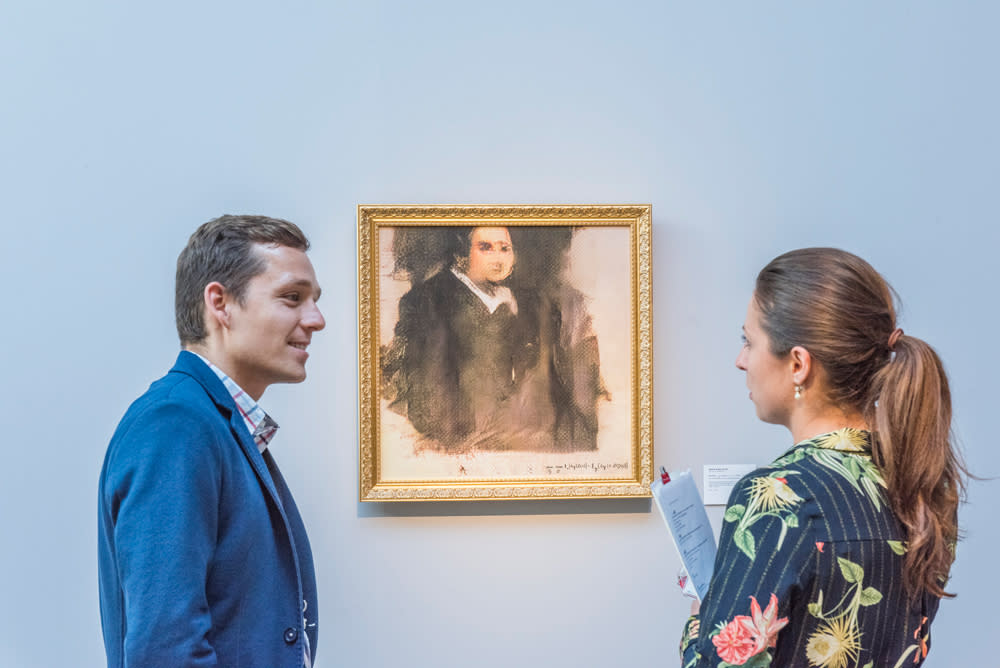 In October, Christie's Prints and Multiples art auction will include a portrait of a man named Edmond De Belamy, one of 11 portraits of the Belamy family. The man is depicted in a dark coat with a white collar, his facial features indistinct. Blank areas around the work's edges suggest it was unfinished. To many, the work may appear right at home at an auction house such as Christie's. But Edmond isn't real. In fact the entire Belamy family is a work of fiction. And the portraits weren't painted by a human, but by AI.

When the piece goes up for auction, Christie's will become the first auction house to sell a work of art created by artificial intelligence. The Belamy portraits were developed by a group called Obvious and were created by Generative Adversarial Networks, a type of algorithm also known as GANs. The Obvious artists fed the system around 15,000 portraits created between the 14th and 20th centuries and the Generator portion of the algorithm began making its own images. The Discriminator part of the algorithm was then tasked with differentiating between human-made and AI-made art. "The aim is to fool the Discriminator into thinking that the new images are real-life portraits," Obvious' Hugo Caselles-Dupré told Christie's. "Then we have a result."

The Belamy name is a nod to the developer of GANs, Ian Goodfellow, whose last name roughly translates to "bel ami" in French. Obvious is estimating the portrait of Edmond De Belamy to sell for somewhere between €7,000 and €10,000 (approximately $8,100 to $11,600). The group told Artnet News that it will use the proceeds to continue training its algorithm, fund the computer processing power required to create the art and explore 3D modeling.

Some will likely push back on the work -- which is signed not by an artist but with the equation above -- claiming it's not art. But Obvious likens skeptical responses to AI-generated art to those surrounding the camera when it was first introduced. "New creative tasks are appearing, and creatives will soon have a new tool, a algorithmic pencil, brush, drum pad, allowing them to have a creative machine in their hands and gain in efficiency," Obvious said in a blog post. "AI is a new tool, allowing the maximization of the creative potential of humans."

In this article: ai, algorithm, art, auction, av, christies, entertainment, GANs, gear, portrait
All products recommended by Engadget are selected by our editorial team, independent of our parent company. Some of our stories include affiliate links. If you buy something through one of these links, we may earn an affiliate commission.