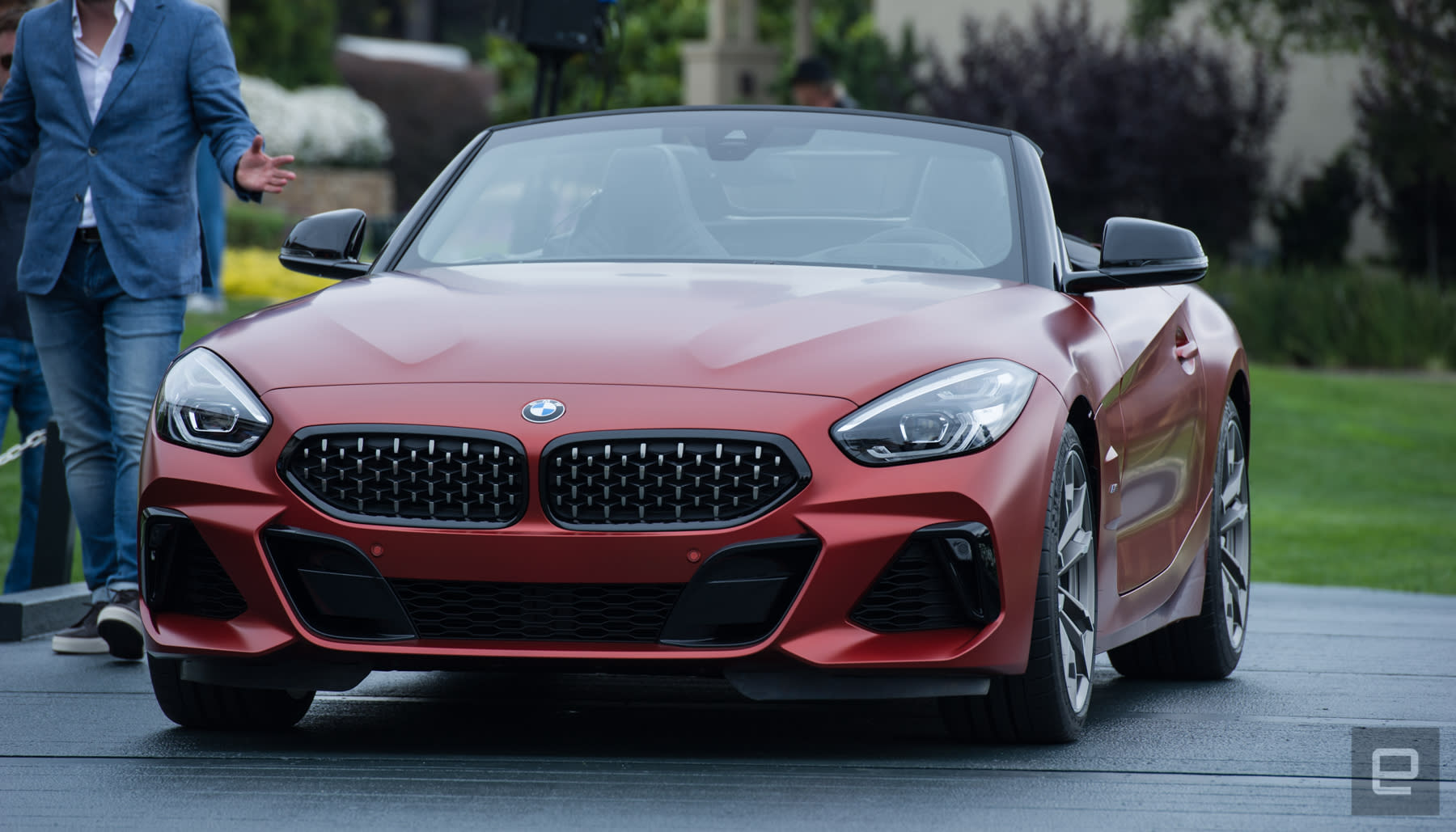 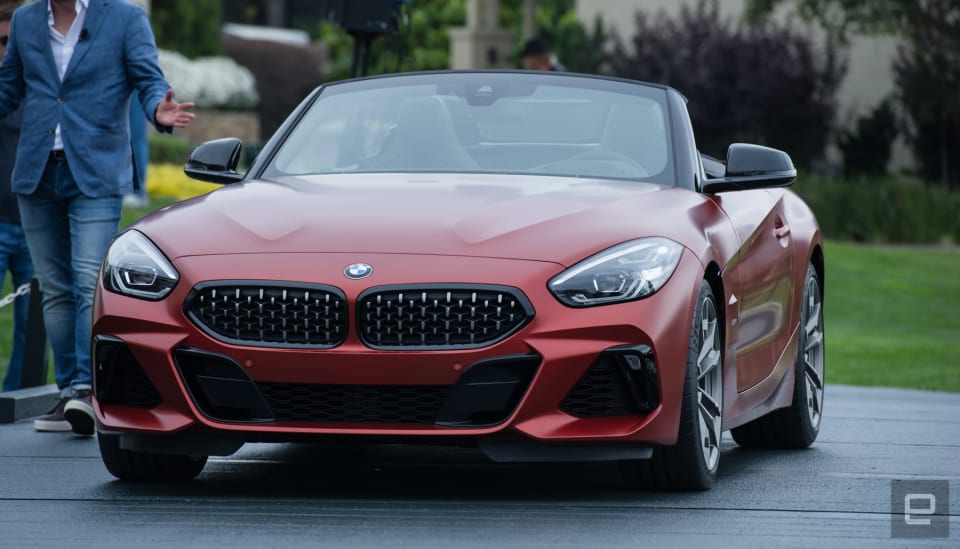 BMW unveiled the new BMW Z4 Roadster at Pebble Beach, California this morning with a more aggressive design that takes cues from the 8 Series. Concepts of both cars were shown off last year at Pebble Beach which leads us to believe that BMW really likes to show off roadsters on golf courses.

Like last year's concept Z4, the production vehicle is larger than the previous generation Z4 and continues the automaker's penchant for sharper, more aggressive lines.

The Z4 will be outfitted with all the latest iDrive infotainment features, dual displays and the new BMW Driving Assistant Professional. The new semi-autonomous suite will include the new Traffic Jam Assist that'll be found on the upcoming X5. When activated the new features include hands-free driving for 30 seconds when traveling under 11 miles per hour and seven seconds at higher speeds, It'll also have automatic lane changes when the turn signal is engaged. It will not have gesture support. Probably because the brightness of the sun would make it almost impossible to control.

No word on price, but BMW says it'll share all the information about the Z4 on September 18.

In this article: BMW, design, gadgetry, gadgets, gear, pebblebeach2018, transportation, z4, z4roadster
All products recommended by Engadget are selected by our editorial team, independent of our parent company. Some of our stories include affiliate links. If you buy something through one of these links, we may earn an affiliate commission.