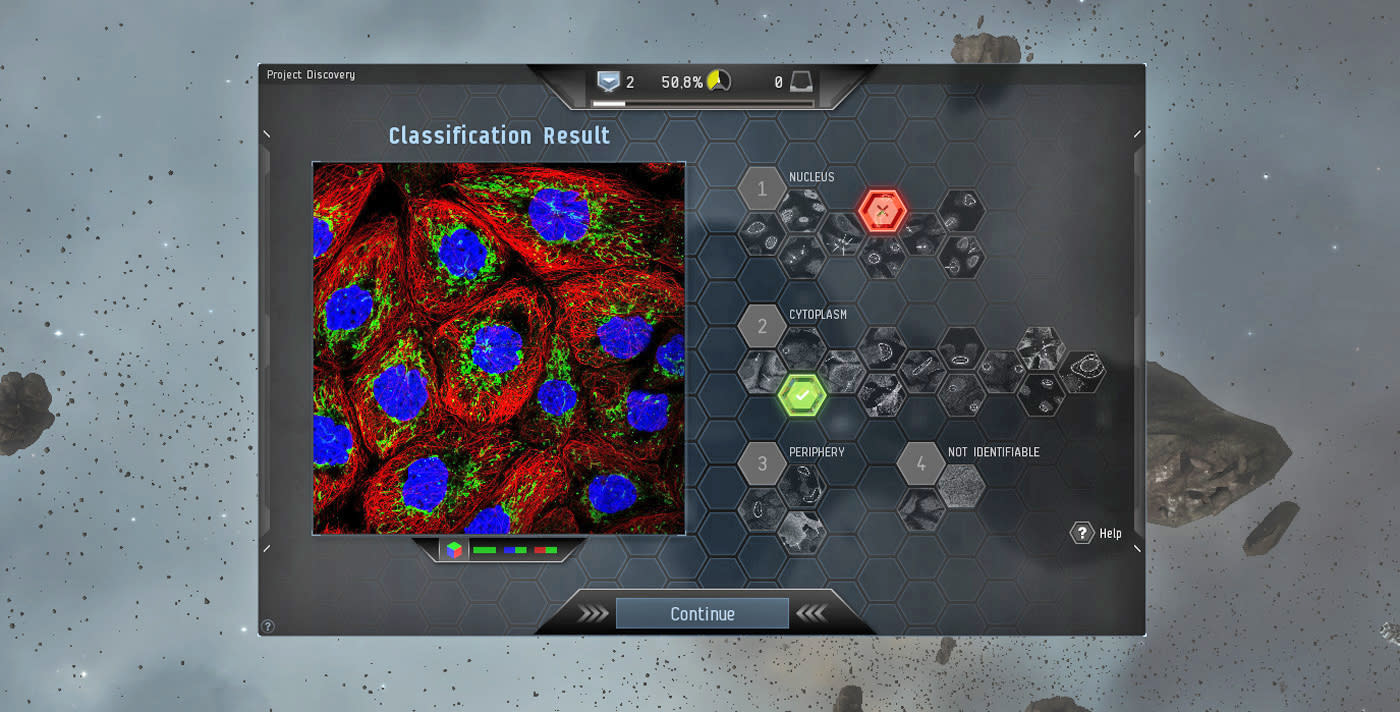 In March 2016, space MMO EVE Online added the Project Discovery minigame which let players classify proteins in their downtime to help researchers. After collecting data for over two years, the project's team recently uploaded it to the publicly-available Human Protein Atlas database for scientists to use all over the world.

Players participating in Project Discovery matched images of proteins from a separate database of 13 million human cells. EVE Online studio CCP Games offered in-game rewards to incentivize gamers to take part. Players worked alongside an AI to identify images for a team of the KTH Royal Institute of Technology and Massive Multiplayer Online Science. Players took direction in-game from Emma Lundberg, a KTH researcher who leads the Cell Atlas group under the Human Protein Atlas; She made her way into EVE Online as the NPC, Professor Lundberg.

Other games have crowdsourced help for science projects, like the 2016 puzzle game Foldit, whose 450-plus players managed to beat a research team to a scientific discovery. But harnessing EVE Online's playerbase accelerated science by sheer scale: Over 300,000 'citizen scientist' players helped out, generating over 33 million image classifications.

This is promising for research, even considering the rise in using artificial intelligence to rapidly process photos. In a comparison, the Loc-CAT AI beat players in classifying common proteins, but aggregated player data better identified rare classes and annotated new patterns, according to a press release.

"I believe that the integration of scientific tasks into established computer games will be a commonly used approach in the future to harness the brain processing power of humans, and that intricate designs of citizen science games feeding directly into machine learning models has the power to rapidly leverage the output of large-scale science efforts," Lundberg said in the press release. "We are grateful to all the citizen scientists who participated in this project, and for the discoveries they made. o7"

In this article: av, CCPGames, eveonline, humanproteinatlas, mmo, protein, research, science, Gaming, AV, news, gaming
All products recommended by Engadget are selected by our editorial team, independent of our parent company. Some of our stories include affiliate links. If you buy something through one of these links, we may earn an affiliate commission.