The idea of watching a movie told entirely through computer screens sounds like a gimmick. Unfriended gave us a taste of that. It was a horror movie told through Skype video chats in what producer Timur Bekmambetov calls Screenlife, his movement to tell more stories through screens. Unfriended was a hit, but it was also a first stab at a new style of storytelling. Searching, on the other hand, the new thriller starring John Cho and directed by Aneesh Chaganty, deftly shows how Screenlife films can be genuinely cinematic.

The movie follows David Kim (Cho), a single father who discovers that his daughter Margot is missing. He ends up embarking on a digital odyssey through her computer, phone and social media history. Searching has all the twists and turns you'd expect from a mystery thriller — complete with surprise discoveries about Margot's personal life and a slew of dramatic red herrings. But it's also refreshing, since it's told through the lens of the devices we use every day. The majority of the film takes place on David's Mac, and we see him in a window when he's video chatting.

Searching opens with the bright blue and green of the Windows XP login screen. We watch as Pamela, David's wife, creates a user account, sets up her email and collects family photos. These are all mundane tasks, but, together with a bombastic score, they tell the story of Pamela's life over time. It's hard not to think back to when we were all using Windows XP, 10 to 15 years ago, a time when broadband was starting to become ubiquitous. Just imagine the stories that our old computers could tell.

"I was a filmmaker at the Google Creative Lab, and basically I got to write and develop and direct commercials for them," Chaganty said in an interview with Engadget. "Basically our job was to look at Google as a whole, and you know, kind of frame a lot of the technology that was coming out... in a way that us normal people could understand, that was emotional and through some sort of narrative usually. A lot of the commercials that I made incorporated screens and technology, and my bosses there literally taught me how to emote on a computer screen."

He points to Persian Love and Dear Sophie, two early Google commercials that take place entirely through the search bar and Gmail. With a combination of a dramatic score and skillful editing, they both show us how you can tell an emotional story through screens. Chaganty noticed that those short commercials often made people cry by the end, and watching them felt like "realizing that you knew a language you never knew you knew."

At first, Chaganty had a hard time seeing how screen captures could be turned into a 90-minute feature film. But he and Sev Ohanian, the film's co-writer, managed to convince each other as they worked on Searching. "I knew that, despite the fact that you don't see someone's face, a blinking cursor can still make you feel," Chaganty said.

For John Cho, Searching wasn't a sure bet at first -- especially after watching Unfriended, a film that worked but "didn't feel particularly cinematic," he told Engadget. Mostly, he was worried about the difficulty of acting in front of a single static camera, instead of the multiple angles of a traditional film. Chaganty convinced him that it would still feel classical by relying on things like camera panning and zooming.

Whereas in Unfriended it sometimes felt like we were watching a recording of a computer screen, Searching cuts across multiple devices and a variety of perspectives. The camera is always on the move -- we see up-close iMessage chats and Facebook feeds, almost as if we're laser-focused on what David is looking at. The camerawork makes something dull like a Google Sheet seem compelling as he feverishly works through a list of potential suspects. Even wide shots of his computer desktop tell a story. You can feel the pressure building as the screen starts filling up with a confusing web of files and folders. 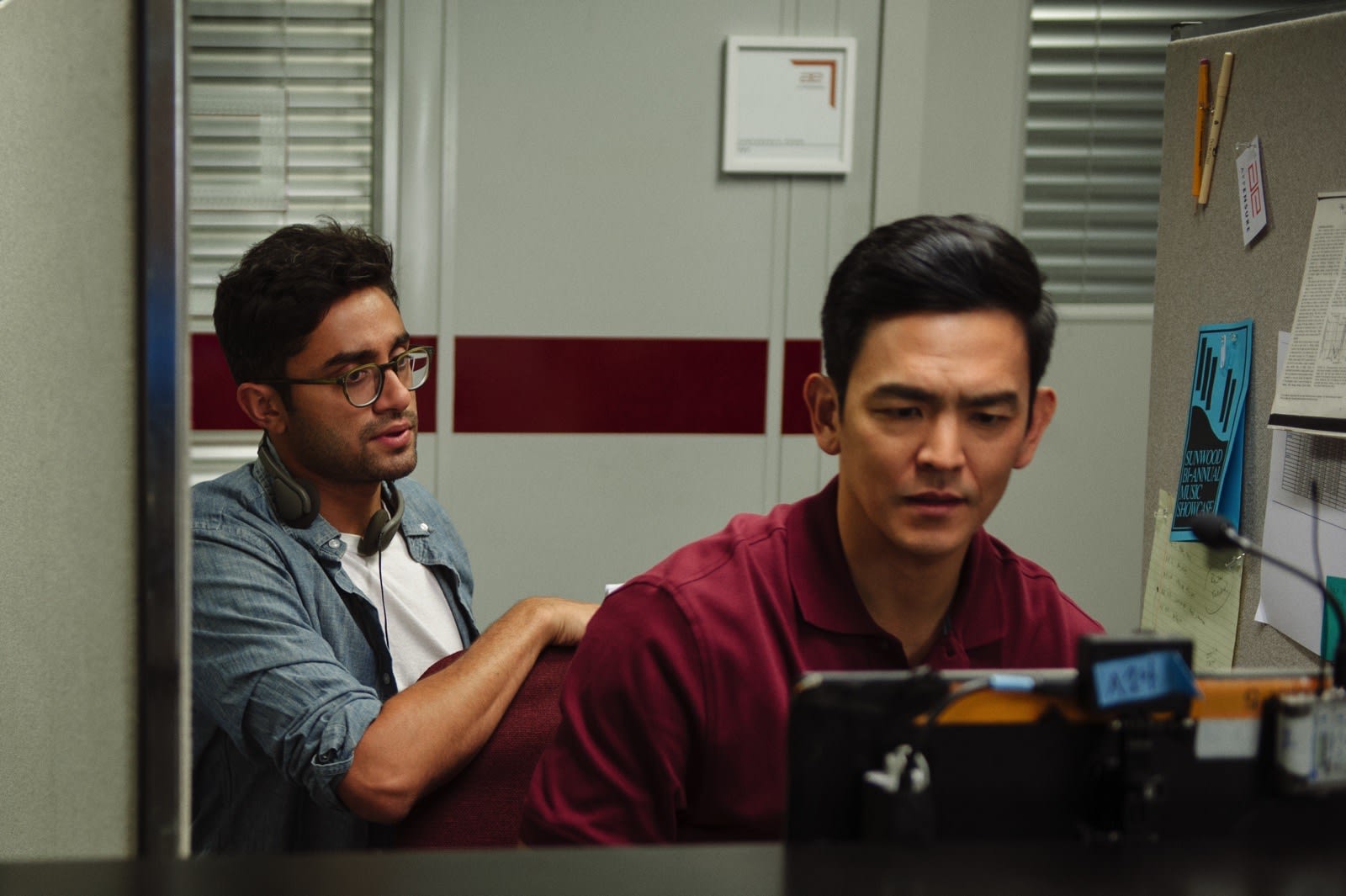 To ensure that the film felt genuinely cinematic, Chaganty and Ohanian focused on the story first. Searching follows the familiar beats of a thriller, even though it's presented in an entirely new way. They were also quick to move beyond some of the rules that the Screenlife project had in mind, like keeping all of the action on one computer in real time. Searching moves throughout several screens and spans several weeks, so it never feels like you're just watching one person's desktop stream (something we're getting used to with services like Twitch).

Cho and co-star Debra Messing's FaceTime chats were recorded with small GoPro cameras, instead of coming straight from their phones and computers. For the actors, that was unusual, since it was a single camera pointed at them straight on. ("I'm not sure that I ever want to do a project again where I don't look at a person in the face, to be honest with you," Cho said.) But Ohanian noticed that the wide GoPro frame also let them capture small emotional beats in the actor's faces, something you'd lose with more traditional camera angles.

When it came to putting the film together, Chaganty and his editors, Nicholas Johnson and Will Merrick, faced an almost insurmountable ordeal."I'm not even exaggerating when I say thousands and thousands -- there were thousands and thousands of questions and conundrums and obstacles that they had to kind of solve," Chaganty said. It took them a year and a half with two constantly crashing iMacs to complete the film. 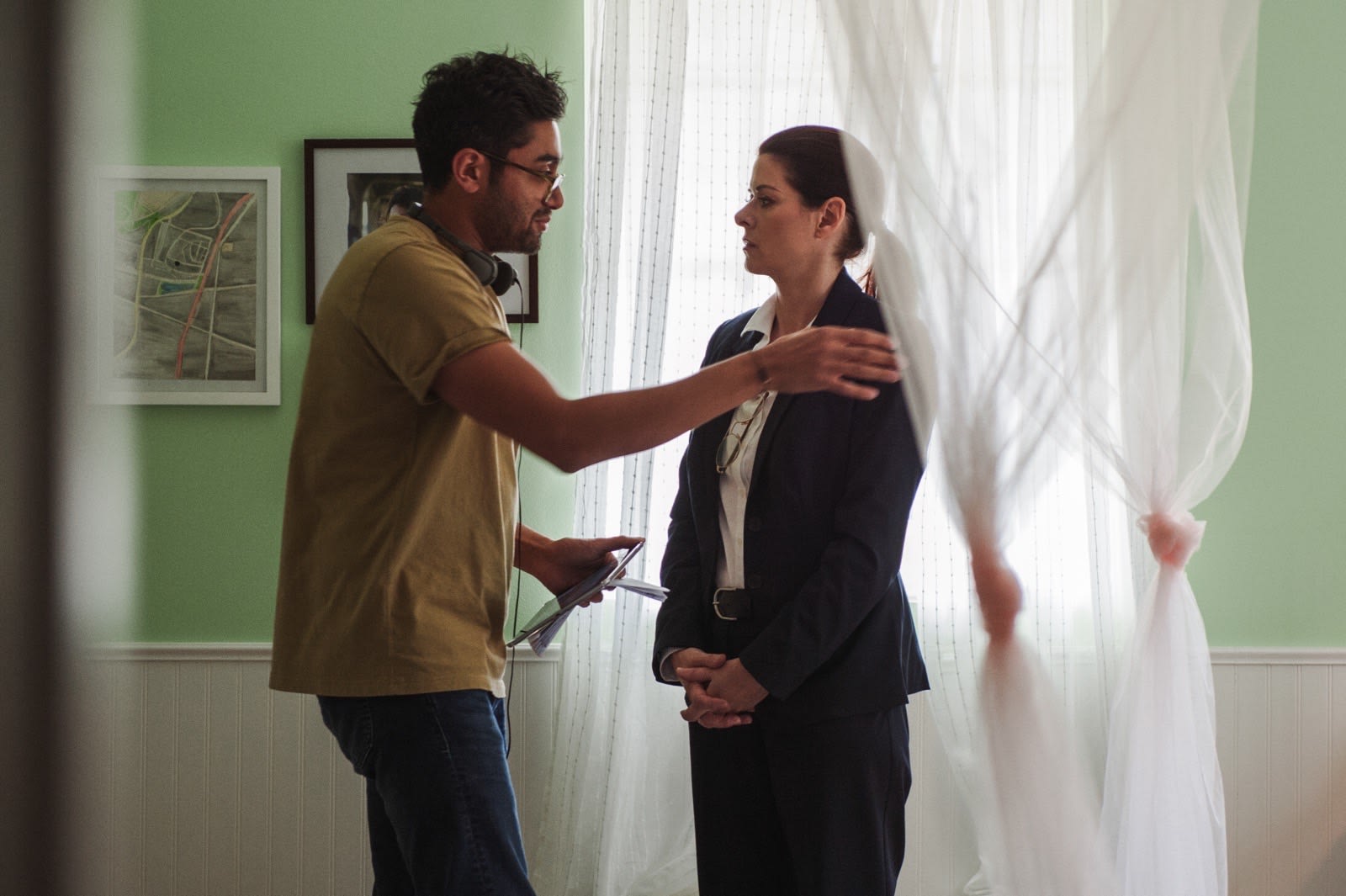 "I remember early cuts that I would watch, where I think our editors were a bit hesitant to do a lot of traditional editing," he said. But eventually they learned to trust the viewers. "You can train the audience to follow the action as if it was a regular movie. So we learned to let go of those fears and treat it like a real movie."

Bekmambetov claims there are 14 more Screenlife projects in the works, according to the L.A. Times. He's not wasting any time breaking new filmmaking ground. But, as Chaganty and Ohanian show, simply recording a screen isn't enough to make something feel truly cinematic. You still need a solid screenplay, an eye for imagery and the ability to edit your footage into something people would actually want to watch. We live our lives on screens more than ever, but our digital selves aren't the full story.