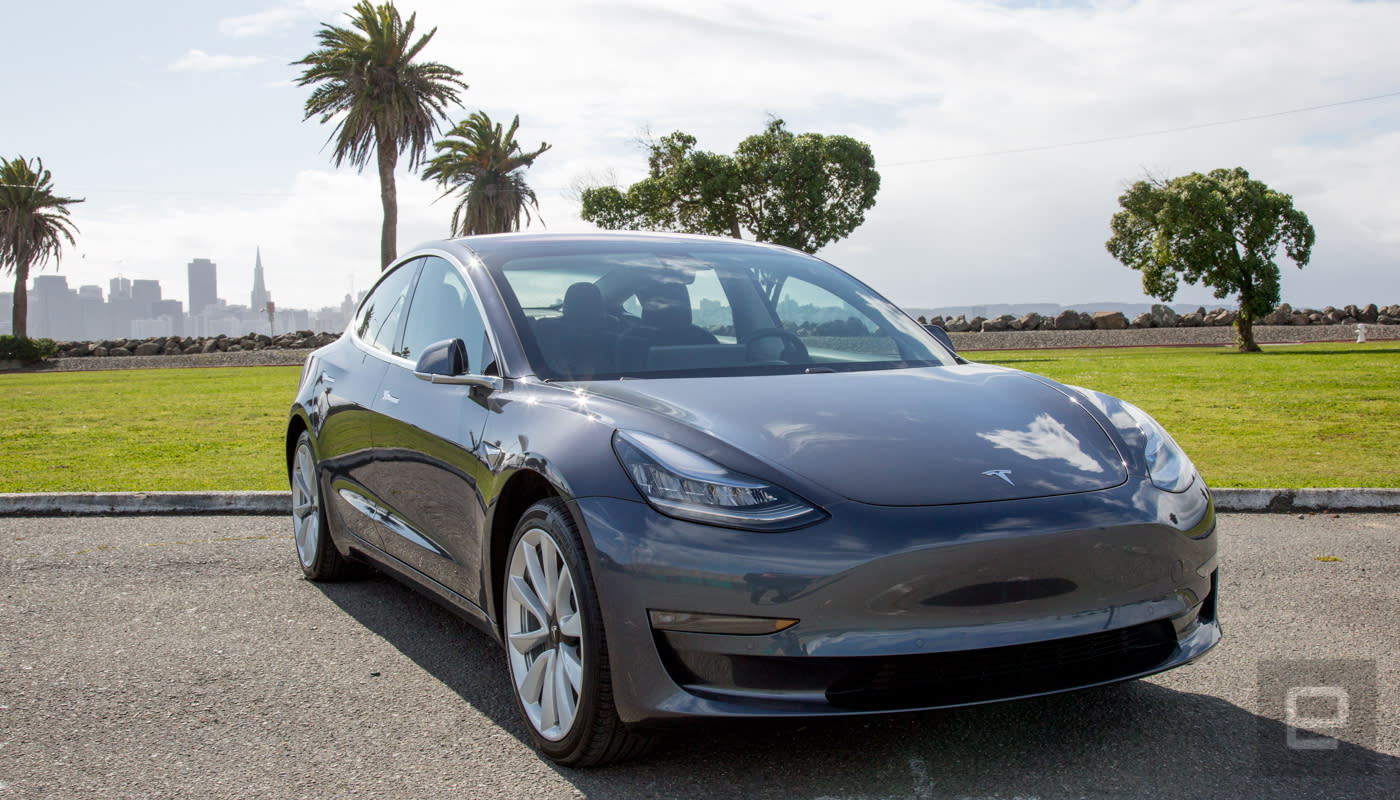 Tesla has successfully convinced the court to dismiss the securities fraud lawsuit filed by shareholders over its Model 3 production issues. US District Judge Charles Breyer has officially dismissed the case on Monday, stating that federal securities laws don't punish companies for failing to achieve their production targets. The plaintiffs filed the case against the automaker in October 2017, accusing the company of knowing from the start that it was "woefully unprepared" to achieve its goal of manufacturing 5,000 Model 3s per week. They said the hype around Model 3 misled them into snapping up "artificially inflated" share prices, which dropped after the company cut its production target.

Tesla only reached its original goal of manufacturing over 5,000 Models 3s in a week in July, a year after the vehicle was officially launched. Before that, the company suffered serious Model 3 production issues that caused a massive backlog. Tesla admitted last year that it was experiencing bottlenecks caused by battery module assembly problems in its Gigafactory facility. Its over-reliance on robots also slowed down its production process.

Judge Breyer said that while the plaintiffs are correct that "defendants' qualifications would not have been meaningful if defendants had known that it was impossible for Tesla to meet its stated production goals, not merely highly unlikely," their complaint failed to establish their case. They can still amend their complaint until September 28th, though, so Tesla's not yet completely off the hook.

In this article: gear, lawsuit, model3, tesla, transportation
All products recommended by Engadget are selected by our editorial team, independent of our parent company. Some of our stories include affiliate links. If you buy something through one of these links, we may earn an affiliate commission.