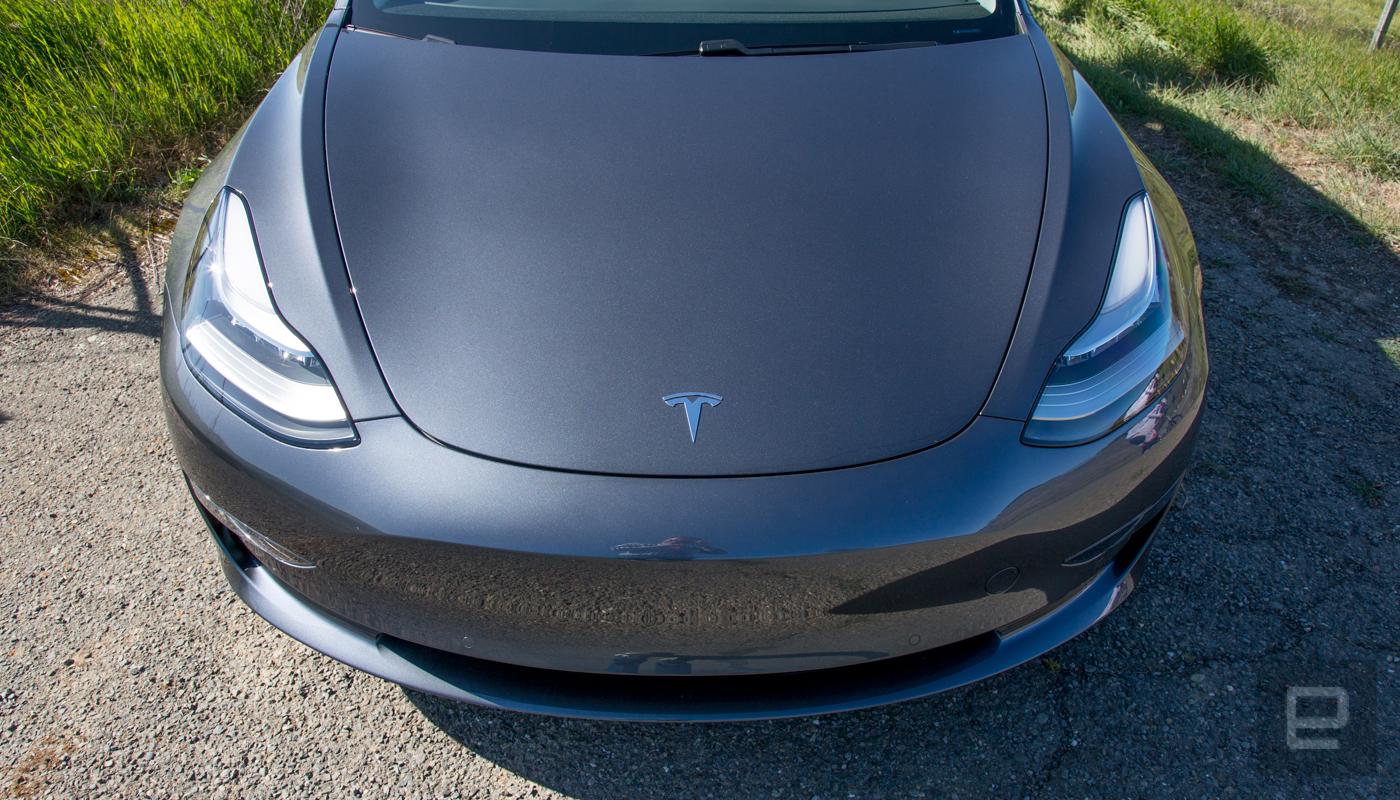 Tesla has asked a federal court in San Francisco to dismiss a securities fraud lawsuit filed by shareholders, which accuses the automaker of lying about its ability to mass produce the Model 3 sedan. The lawsuit, filed in October, alleges that Tesla released false statements when it announced that the vehicle's production was on track in May and August last year. Its says those statements and the lack of disclosure that Tesla was "woefully unprepared" to mass produce the vehicle misled investors into snapping up "artificially inflated" shares. In a court filing asking for the dismissal, Tesla has denied that it intended to mislead anyone and said that it used frank and plain language to discuss the production nightmare it went through.

When it announced that the Model 3's production was on track last year, Tesla said the issues that caused its backlog hadn't cropped up yet. It did admit late last year that it was experiencing production bottlenecks mainly due to battery module assembly problems in its Gigafactory facility. And company chief Elon Musk also revealed in an interview that using too many robots for production did more harm than good. Tesla might not have emerged out of it all unscathed, but it seems to be doing better on that front recently. Earlier this month, the company reported that it was finally able to build over 2,000 cars per week for three weeks in a row and it's aiming to starting manufacturing 5,000 cars per week in two months' time.

In addition to detailing its production problems, Tesla also wrote in the court filing that its $4 billion investment in Model 3, Gigafactory's development Nevada and all the equipment it commissioned for the project show its "good faith belief" in the vehicle. Whether those are enough to convince the court to throw the case out remains to be seen -- for now, the lawsuit is seeking class action status for shareholders who bought Tesla stocks from May 4th, 2016 to October 6th, 2017. A hearing is also scheduled to take place sometime in August.

In this article: elonmusk, gear, lawsuit, model3, production, tesla, transportation
All products recommended by Engadget are selected by our editorial team, independent of our parent company. Some of our stories include affiliate links. If you buy something through one of these links, we may earn an affiliate commission.