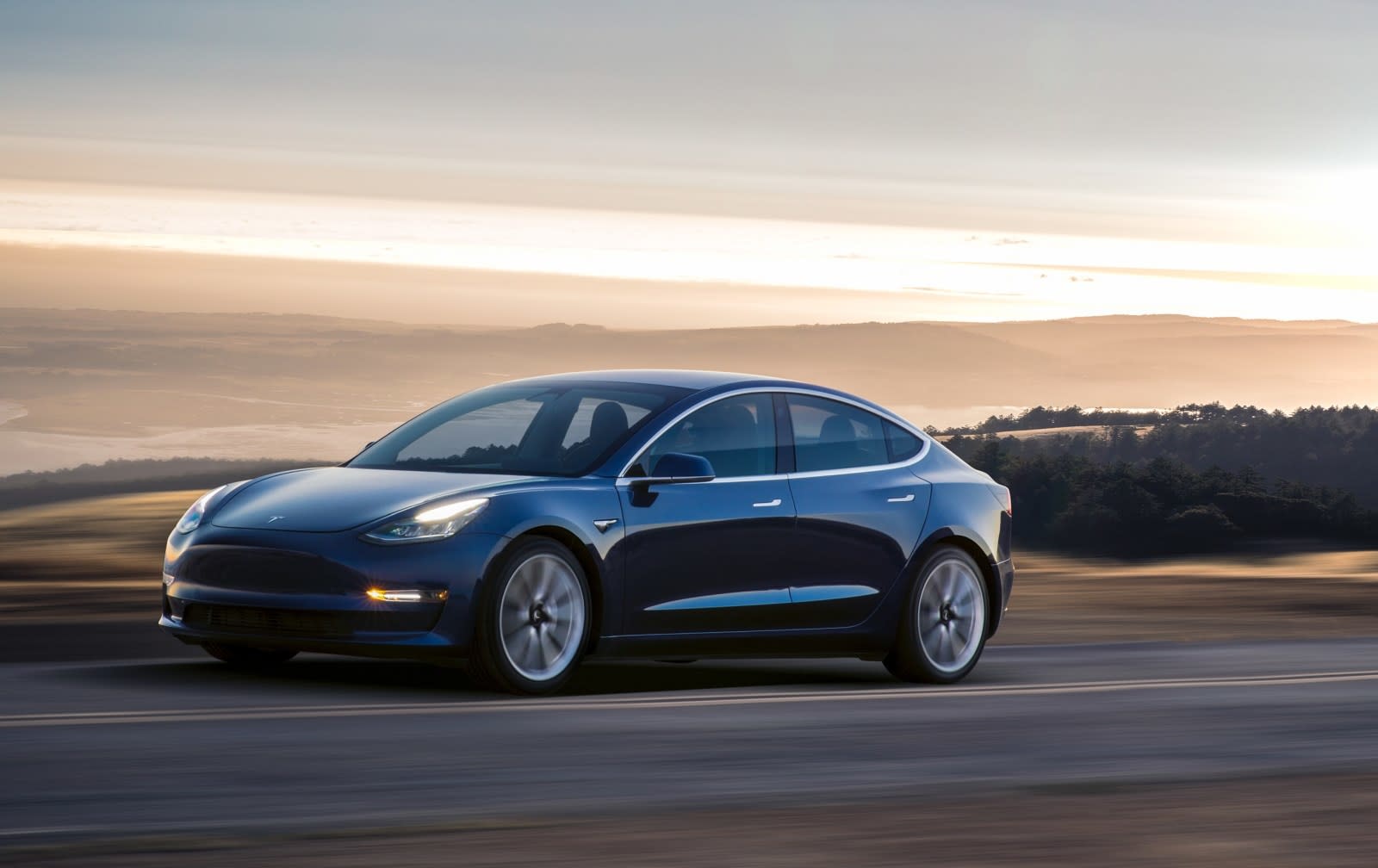 Hundreds of thousands of orders for Tesla's Model 3 are pending as the company continues to struggle with producing its mass-market electric vehicle. Tesla dropped its third-quarter earnings report today, which showed it only managed to deliver just 222 units of the car. That's a fraction of the 1,500 it expected to produce in September alone. Tesla's inability to deliver on schedule is problematic and undermines its credibility, since the company reported in the second quarter that it was on track to meet previously announced targets. This could also hurt Tesla in the long run as other automakers start releasing their own EVs into the market.

According to a third-quarter recap released last month, Tesla had delivered 220 Model 3 vehicles in the quarter up till then, meaning it only shipped two more since. The company cited battery module assembly line constraints in its Gigafactory 1 facility as a primary reason for the delay. Complex module design as well as Tesla's having to take over parts of the process previously managed by manufacturing systems suppliers contributed to the problems, according to the report.

Moving forward, Tesla expects to produce "5,000 Model 3 vehicles per week by late Q1 2018", adding that "our production growth rate is like a stepped exponential, so there can be large forward jumps from one week to the next." The new estimate is half the 10,000 weekly production estimate the company provided in the second quarter this year. Meanwhile, demand for the Model 3 keeps increasing, as "global net reservations... continued to grow significantly in Q3."

The company's other, more expensive cars, like the repeatedly delayed Model X and Model S, saw combined deliveries of 25,915 vehicles this quarter. That's an 18 percent growth from the last quarter and a 4.5 percent increase from the same quarter last year, which is hardly "exponential." Combined orders for the Model S and X broke records, according to the report, and Tesla opened 18 new store and service locations in Q3, bringing the number of total locations in the world to 318. The company also added 126 new Supercharger stations, and now there are more than 1,000 stations worldwide.

Update: On the company's earnings call, CEO Elon Musk said that there's too much uncertainty to give a weekly production estimate for the end of the year, but said the company may be making "thousands" of cars per week by then. Musk explained in detail how zones 1 and 2 of the Gigafactory's automated battery module assembly line were in the middle of a redesign that included software, electrical and mechanical overhauls.

Musk also called out "journalists and editors with low integrity" who reported on the company's recent laying off of employees, saying they were "really ridiculous" and their stories lacked context. As a result of its performance evaluations, Tesla let go of 2 percent of employees, which Musk said amounted to 700 out of the total of 33,000 people and was a "remarkably low number" for automotive companies.

In this article: business, earnings, EarningsReport, ElectricCar, ElectricVehicle, ev, gear, tesla, teslamodel3, transportation
All products recommended by Engadget are selected by our editorial team, independent of our parent company. Some of our stories include affiliate links. If you buy something through one of these links, we may earn an affiliate commission.