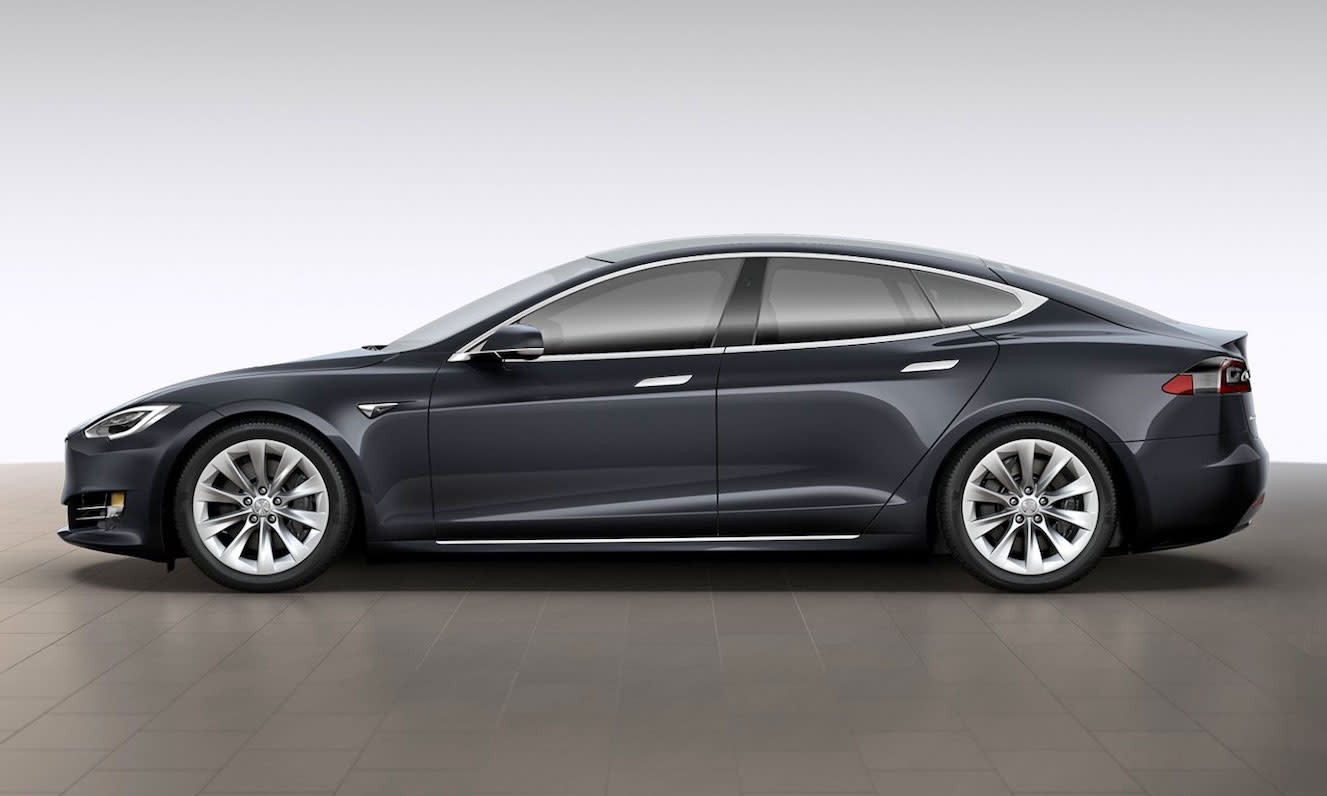 On Sunday, Tesla's vehicle lineup will be smaller by one as it discontinues its cheapest Model S option, the Model S 75. That means the all-wheel-drive version -- the 75D -- will take its place as the low-end Model S sedan, currently listed at a starting price of $74,500. Electrek reported the news today and Tesla has confirmed the report to Engadget.

The move to discontinue the Model S 75 was first announced by Tesla in July after it dropped the price by $5,000 a few months earlier. The removal of the model from Tesla's offerings follows its discontinuation of the Model S 60 and 60D vehicles in April, which at the time were the least expensive Model S options available. As well as streamlining its EV line and making all Model S options all-wheel-drive, knocking off the low-end Model S vehicles is also likely being done to carve out a bigger separation between the Model 3 and Model S lines.

Custom orders for the Model S 75 will be taken until Sunday, September 24th and the pre-configured versions will be available for purchase until inventory runs out.